It's not very often you see a Transformer whose alt mode is geared for water duty. They do come along once in awhile, though. Revenge of the Fallen certainly has at least one for you. Depthcharge is part of the 1st wave of Scout class figures, and he's outfitted for the high seas.

Depthcharge is a shrewd military strategist. Autobots and Decepticons alike are accustomed to ground and air-based combat, but ocean tactics are unfamiliar to them. Depthcharge uses this to his advantage, choosing a stealth boat mode to spy on Decepticon forces from the nearest port. Fast and smart, Depthcharge never shies way from battle - but her prefers to be armed with the element of surprise. 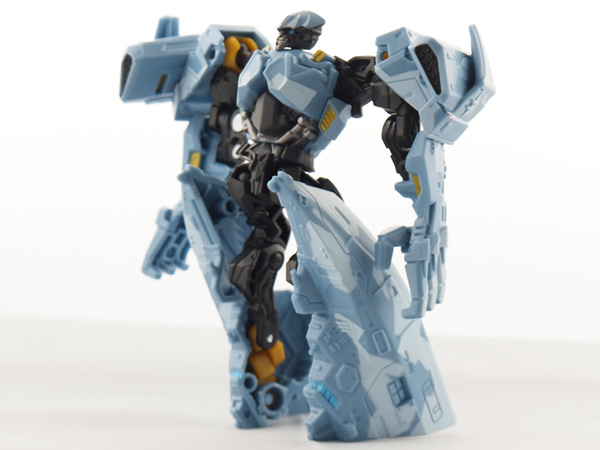 Depthcharge is a curious looking bot. He consists of light blue and light gray, with black limbs and a little yellow thrown about. You can also note some silver in the abdomen area. The head is a bit smallish in scale, and the sculpt would almost make you think he was a Con if not for the Autobot insignia on his left leg. 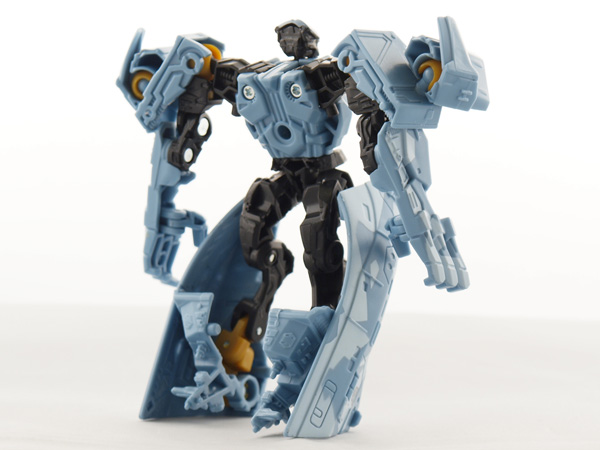 Although he has no hand weapon, he does have a pair of shoulder mounted missile batteries that contain 8 warheads apiece. They're very versatile, as they rotate on a ball joint. One thing some people might find as odd is his stance. His footprint is angled, so it always seems to look like he's standing against the wind. Should you not prefer that look... 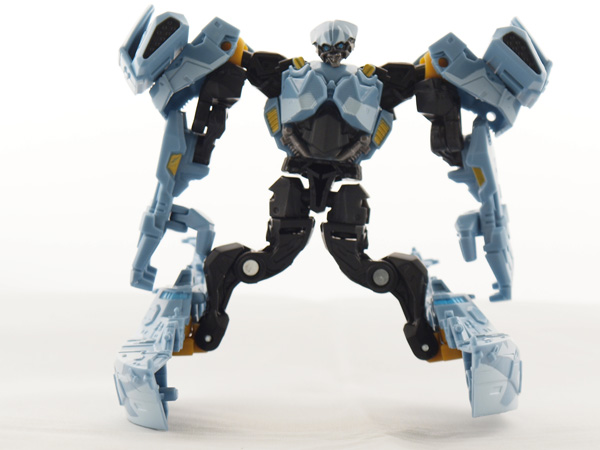 There is always his battle mode. To convert to this mode, rotate the waist 180 degrees, flex the leg outward 90 degrees and bend the ship siding so that it looks like the halves are floating. Silly, I know, but it's an official transformation. 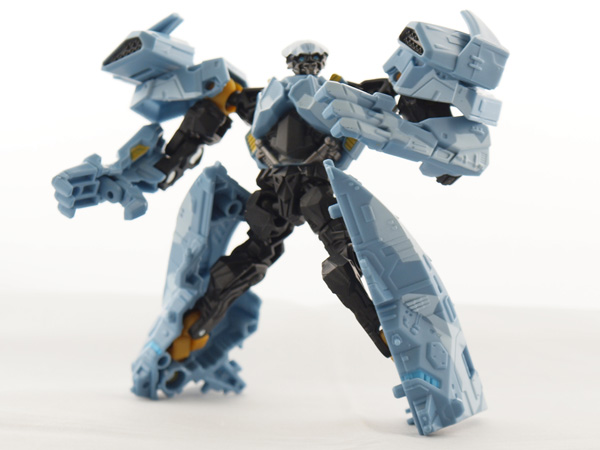 
Were the footprint more flat, there would be a lot of good possibilities for this figure. The legs are molded kinda funny, so this combined with the footprint might limit you.

Pull forward the ship sidings so they clear the legs. Flip out the hidden bridge components from behind the lower leg, then fuse the legs together. Pull the arms straight up over his head. Rotate the waist 180 degrees. Now, flip the nose of the ship so the legs (and half the body) sink into the cavity of the deck. Rotate the arms so the batteries lie on the aft of the ship. They should be able to peg together. Making sure the thumbs are out perpendicular, fold up the arms so they rest in the side of the ship. 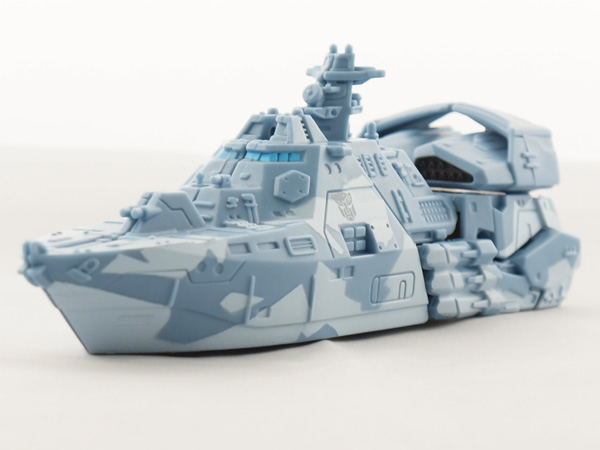 Depthcharge's alt mode is based off the Visby Class Corvette stealth ship used by the Swedish Navy. However, this ship packs more punch. The ship is done up in ocean camoflague and features a molded trio of torpedoes on each side of the ship. It also packs a pair of surface-to-air missile batteries on aft, formerly his shoulder batteries. Thanks to the ball joint, the batteries can be aimed up to 90 degrees upward and swivel independently. 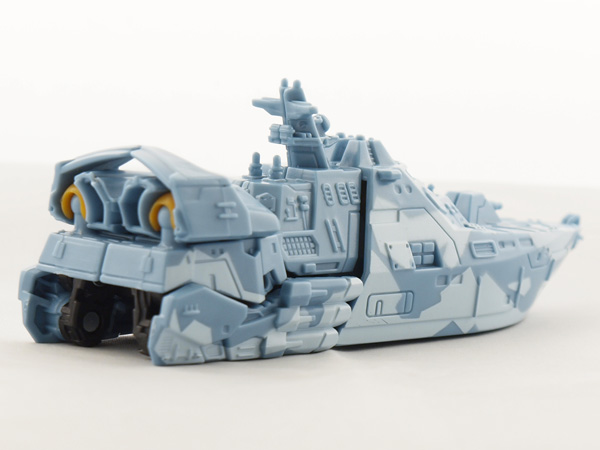 Although I wouldn't attempt seeing if this ship is water tight, it does it on a flat surface. The seams are also very tight, giving it a clean look. There are no wheels to "roll" it around, which is just fine. This is probably the best ship mode I've ever seen in a Transformer.

The articulation is there, but the legs are built too weird to take full advantage of it.
Alt Mode:

An excellent alt mode with the bonus of aimable weaponry.
Overall:

Get over the legs, and you have yourself an excellent Scout.