The Legend class once again offerings to the TF Universe. It didn't seem like the Legends were terribly popular for the 2007 movie, but part of that might have been because of a perceived apathetic attempt to recreate the characters. Hasbro, in their infinite wisdom, has decided to give Legends another go, starting with Jetfire 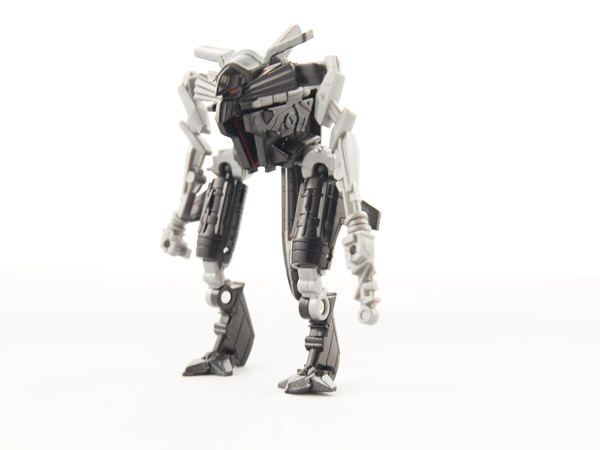 Unfortunately, I do not have a Leader class figure to compare the Legend to, nor have I seen the actually movie depiction in great enough length to compare this figure to. From a Legends standpoint, the figure looks pretty decent. He is mostly black with gray limbs and some red accents. . 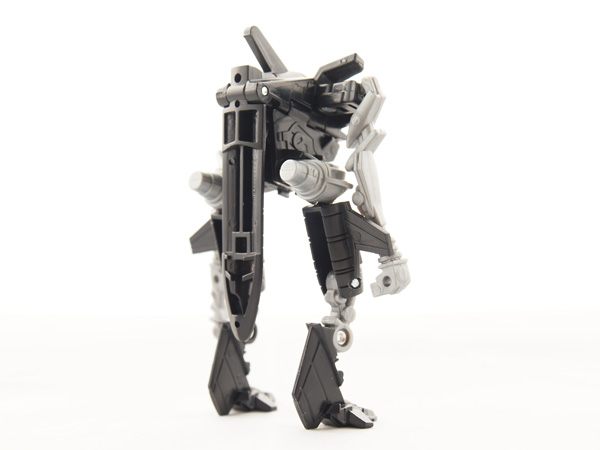 Details are also better than average for a Legend. He has fists, and in his left fist is his landing gear, which looks to double as his cane. The arms do come off as looking spindly, though. Without having the Leader figure to compare it to, I'd say it's not a bad job.


The legs are pretty articulate, but the rest of his isn't. Shoulders do have better than average articulation

Lift up the nose of the plane, which is on his back. Spread out the arms, then fold them back and connect them under the nose. Pull the legs apart and fold them outward. Tuck the lower legs in. Rotate the legs so the wings are in the correct positions. 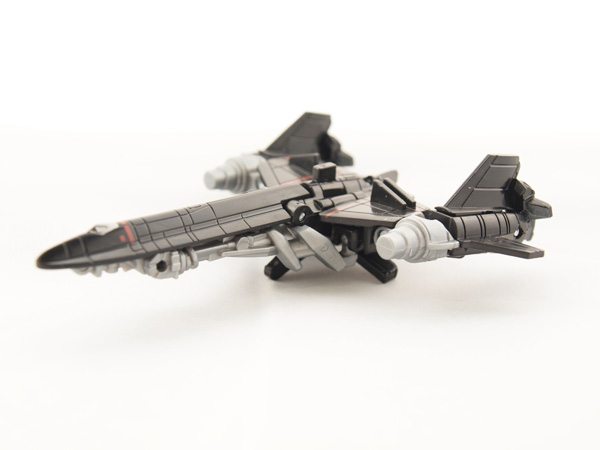 The resulting SR71 Blackbird portrayal isn't as bad as initial photos might have suggested. The legs do clutter up the look, but otherwise it's not bad considering the class rating. 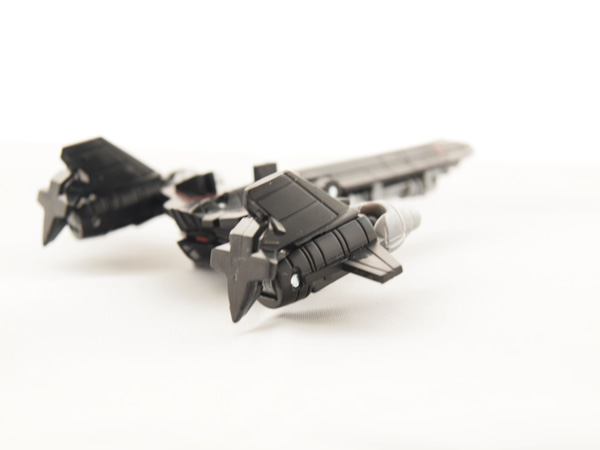 You do have to deal with the head sculpt sticking out on the backside, but it's integrated enough so it's not an eyesore. There is no landing gear. The gear attached to his left hand is stationary and is tucked away in alt mode.

Wing design is cluttered up a bit, no landing gear
Overall:

Being that it's a legend, this is a decent score. Anymore than $5, though, and it's best left on the peg.