As many are now aware, there are actually going to be multiple sets of Constructicons for the movie. Some will have robot and alt modes, but no combined mode. Others will have alt and combined mode, but no robot mode. Either way, you can be Hasbro is looking forward to die hards doubling up. One of the first non-combiner molds to be coming out is for Demolishor, who has been seen in the trailers.

Demolishor isn't very bright, but he knows when to fight, and when to run and hide. Arriving on Earth to find Megatron destroyed, hiding seemed like the best option. Since then, he's taken a few smaller Decepticons under his protection, and built quite a little community. It hasn't been easy, hiding among the humans that creep like a disease over this planet, but he and his companions are content to wait until a new Decepticon leader emerges to guide them back to glory. 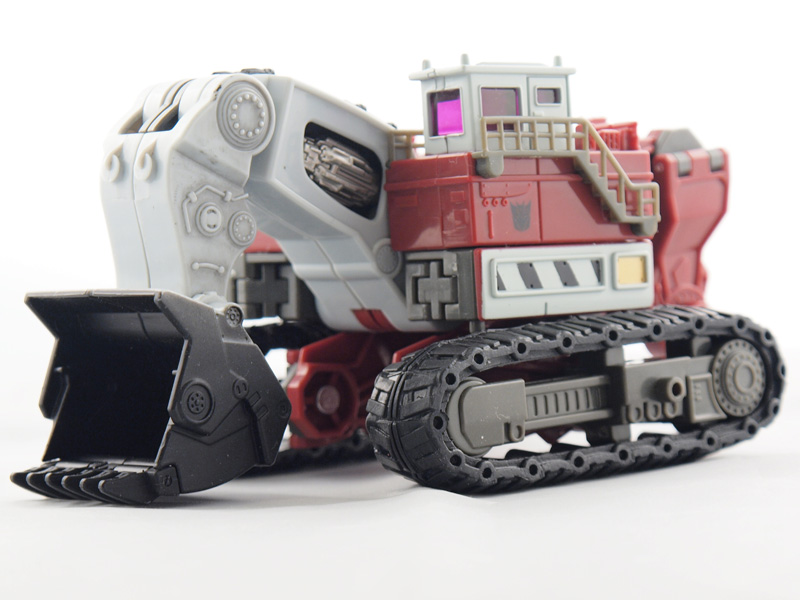 Demolisher's alt mode is taken after the Hitachi EX8000-6 Excavator.The cab is done in an interesting burgundy color, a color you wouldn't normally associate with construction equipment. The arm of the shovel is light gray, as is the cab. The treads are static, but are rubber and nicely detailed. 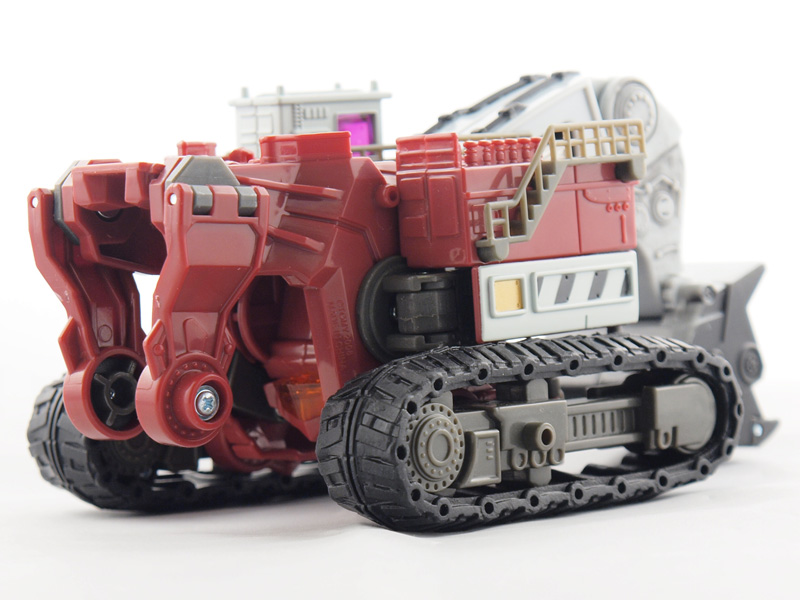 Overall, the excavator mode is nicely detailed. You can see the catwalks that lead to the cab, as well as a gear in the arm. As you raise and lower the arm, the gear spins. Although the arm and the bucket are hinged, the cab does not rotate. Also, the back end has two hanging tabs needed for the transformation. It looks strange, but not completely out of place.

Pull back on the rear of the treads to dislodge them from the tab. Grab each side of the excavator arm and peel them away to the sides. Lift up on the rear tabs so they are spread out to the sides. Take each side and twist it 90 degrees conversely, like you would a Rubik's Cube. That will leave the treads diagonally opposed. Position the treads so one hangs above his now exposed head, and one hangs below.

Push in the treads to form a circle on each one. Take the free hanging pegs, twist them 90 degrees, then attach them to the open side of the "wheels" to lock them in position. There is a tab behind his head. Fold it in so it lays flat. Rotate each cab half on the shoulders so the turbines are facing the front. Take the zebra striped guards and lower them down diagonally. 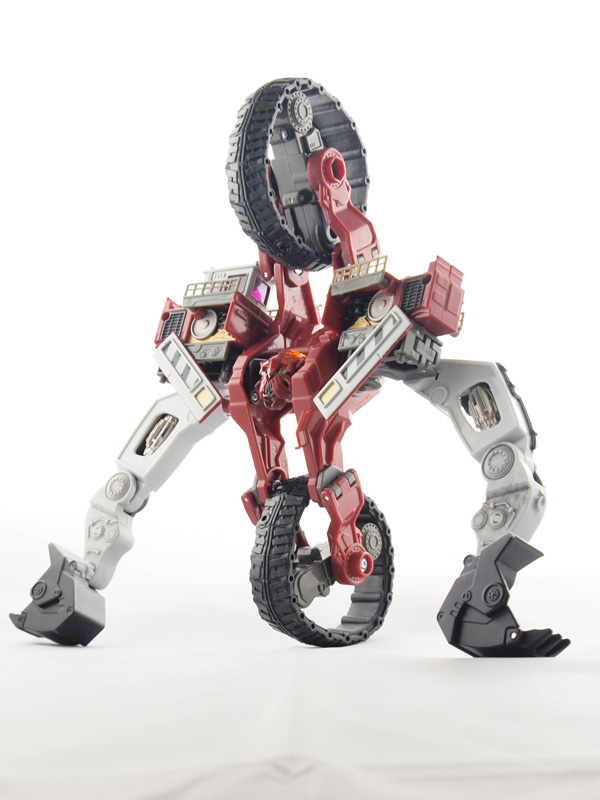 No matter what he ends up looking like in the movie, the robot mode of this figure will never live up to it. True, it is a unique look. The detailing in the shoulders, with the silver turbines and gold appliques do spruce it up a bit. The "wheels" rotate for playability. And the head does have that 'buglike' look that the Decepticons seem to like, complete with red piping. 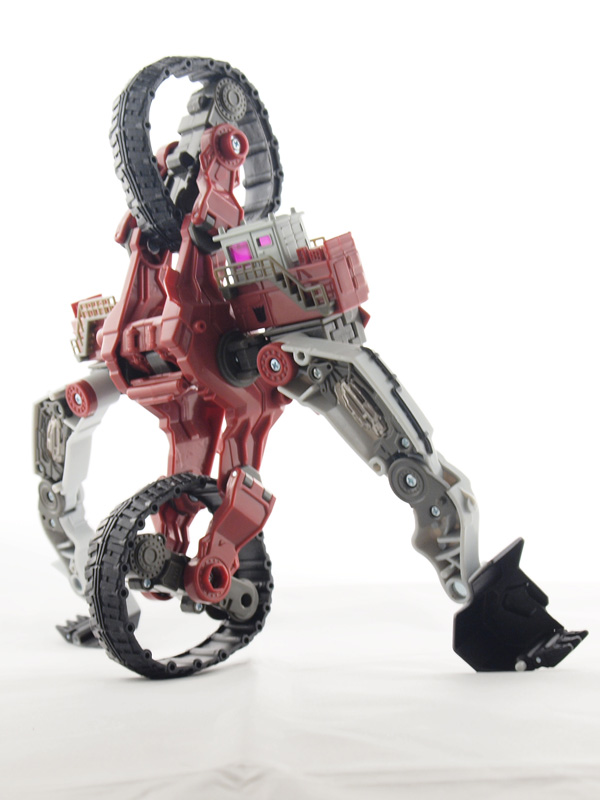 However, this all fades when you realize that he can only be posed one way... with arms supporting him. That really limits what you can do with him. Add the fact that he has no gimmicks available to him except the spinning gear in his arms, no electronics and no weapons, and you have yourself a bonafide shelfwarmer. Why this was made as a Voyager mold is beyond me. This could have easily been a Deluxe, albeit a Deluxe whose value would still be questioned.


Arms have decent articulation, but when you have to use them to support the figure, what's the point?

Nice detailing, but lack of body rotation and the odd rear end take away a bit.
Robot Mode:

$23 for a decent Alt mode and a horrible Robot mode just doesn't cut it, no matter how movie accurate he is. Shelfwarmer at best.