It's inevitable that when a sequel comes out, there's a lot of recycling going on. This is no exception for Revenge of the Fallen. For the most part, however, the figures have been retooled or given new features. One of the re-releases is Barricade, who has been given the probes seen in the first movie

Repaired and retrofitted after the battle of Mission City, Barricade elected to remain on Earth while Starscream returned to Cybertron. He has devoted his time on Earth to gathering intelligence for the inevitable rise of the Decepticons. he stalks and captures importan humans, the scans, interrogates and disposes of the captives using the highly sensitive probes built into his vehicle mode. 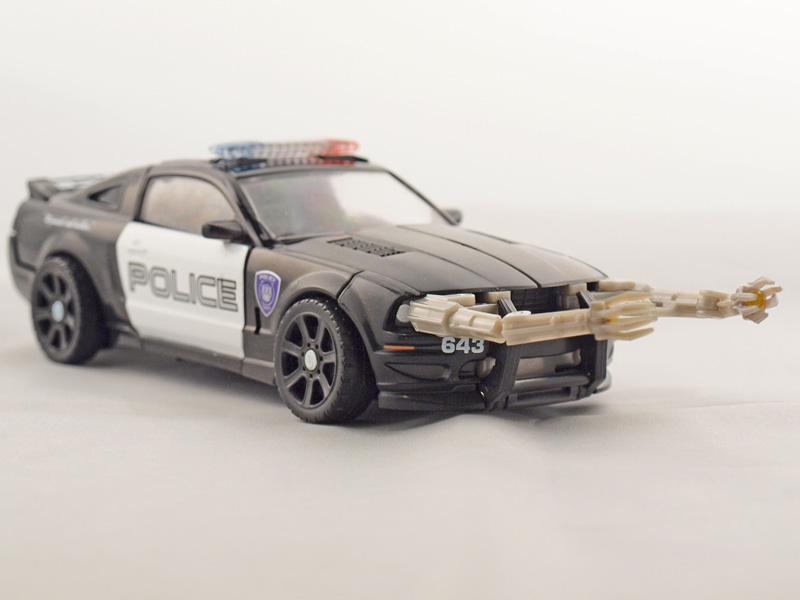 I'm going to make this very short and sweet because 99% of Barricade is exactly like the 2007 figure. No new paint apps, no new moldings, no nothing. The only difference is, instead of Frenzy lurking about in his grille, there is his probing equipment. This in the only way you can tell the 2 figures apart. The probing equipment resonates some of it's PVC gray through the grille.

You have to remove the probes, flip and extend the arms out, then insert it back into the grille. Each probe arm has an elbow and can rotate around at the base. While it's nice, it really should have been a pack-in with the original figure. 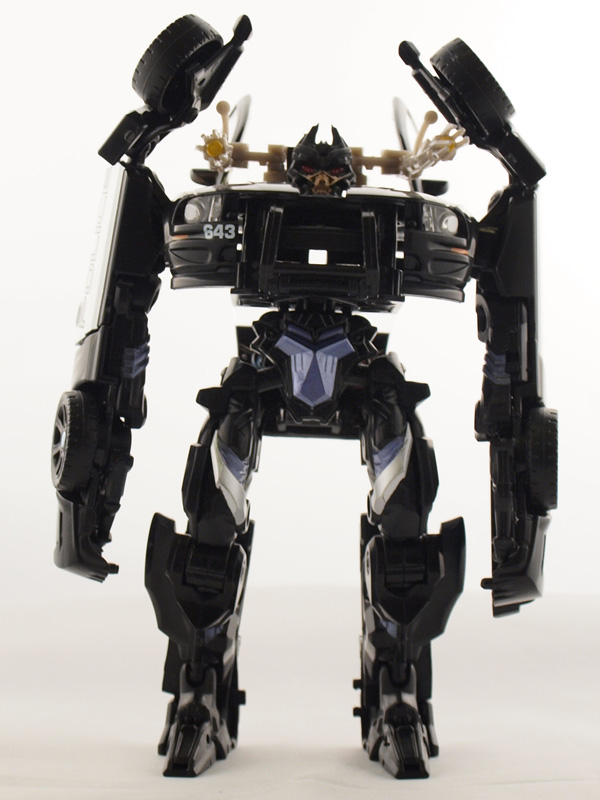 Again, there are no changes here. Not even a paint app highlight. The spring punch arm is still present and all the colors remain exactly the same. The probe arms clip on to the panel behind his head, so you can use them as shoulder devices. There was some effort when redoing in the other figures from the first movie. Bumblebee got a new arm, Ironhide has a new mounting system for his weapons in Alt mode. Heck, even Optimus Prime's Voyager package got new paint apps. To simply throw a gimmick that should have been with the figure the first time around is just a waste, especially if Barricade doesn't make an appearance in the movie this time around.

A total waste if you already have this figure from 2007. If you really need the probe kit that bad, wait for a clearance. No need for duplicates.