Already in the ROTF lineup, we've had one subline called Autobot Alliance. What would an alliance be, however, without a good old fashioned huntdown? Which brings us the the newest subline, Hunt For The Decepticons. We being our look at the HFTD offerings with a repaint of Dirge called Jetblade.

Jetblade has been hiding out for years among human fighter planes. it was only recently that he hooked up with Terradive, and the two became instant friends, vowing to remain hidden until the time was right. Even so, the temptation to catch the slow moving Tomahawk out in the open was too much for the two dangerous Decepticons. 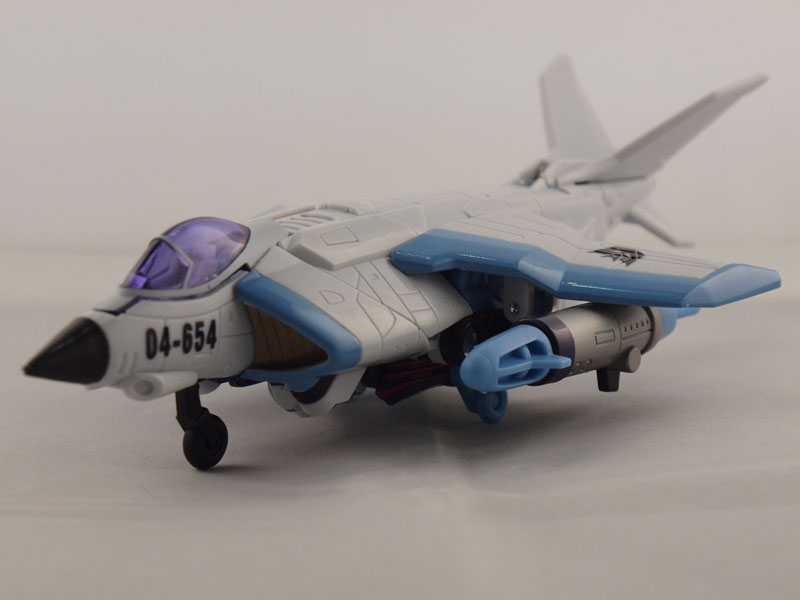 Jetblade eschews the brighter paintjob of Dirge for a more innocuous white and sky blue treatment. The intake ports are painted gold. The cockpit is covered with purple translucent plastic and features a cockpit chair. 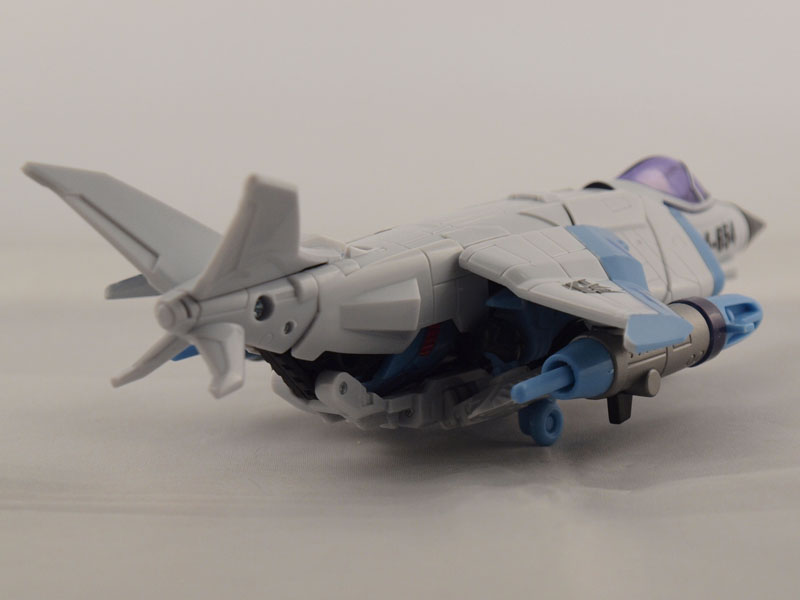 The mold itself has no retooling from Dirge. That's OK, though. The jet mode is a great design and the twin launchable missiles are still present on the wings. 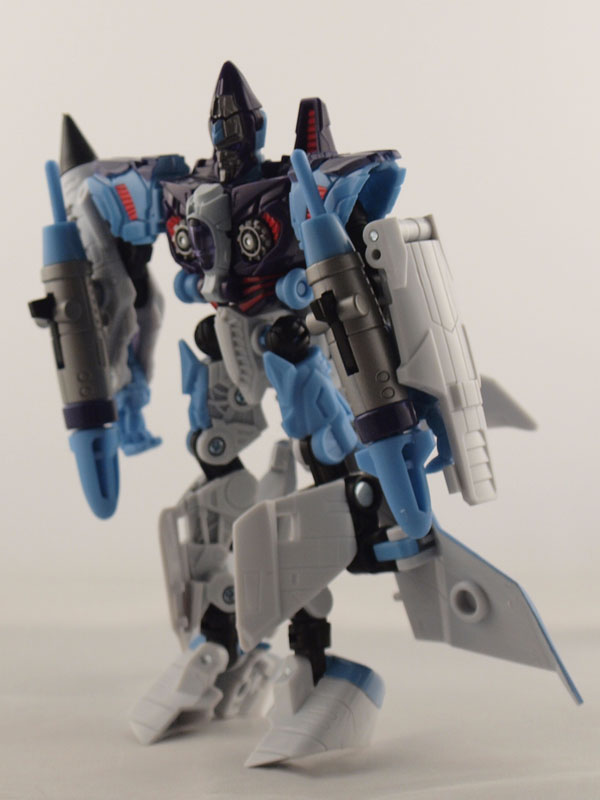 Jetblade gets a little more color in Robot mode. The chest is a dark blue with red accenting. The head mold is unchanged. Curious why they use jeweled blue plastic for the eyes when there's no piping available. 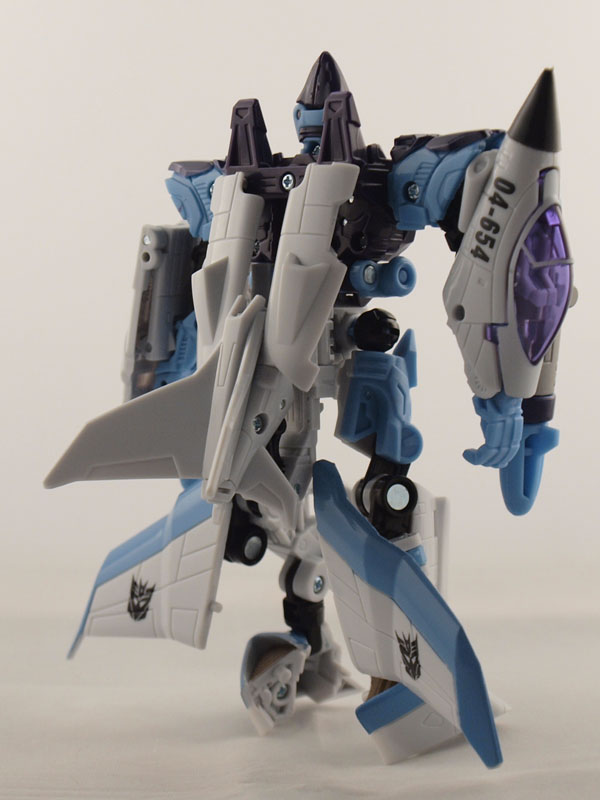 Again, no mold changes from Dirge. The lackluster Mech Alive gimmick is still present, although no longer referred to as such. Missiles can be bolted either to the arms or the wings depending on preference. Just a pity about the arms, particularly the right one. 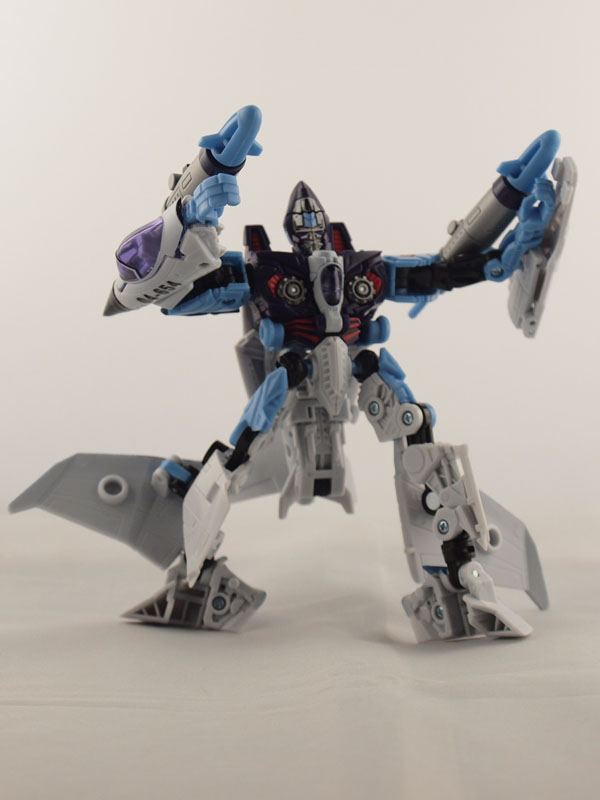 
It didn't bother me much with Dirge, but the right arm is limited movement due to the cockpit can be a sore spot.

Some minor articulation issues, but otherwise a fine repaint
Overall:

Proof that you can never have too many seekers