Hasbro has always had some love for snow vehicles. Seems every so often, an arctic terrain vehicle shows up along the line. The Power Core Combiner continues that random tradition with Icepick, fitting since there is a G1 combiner leader of the same name.

Icepick believes that he represents the next generation of Decepticons. According to him, all those not gifted with the ability to combine are obsolete, and should be destroyed. He's willing to start with the Autobots, but he won't hesitate if an older Decepticon strays into his line of fire. 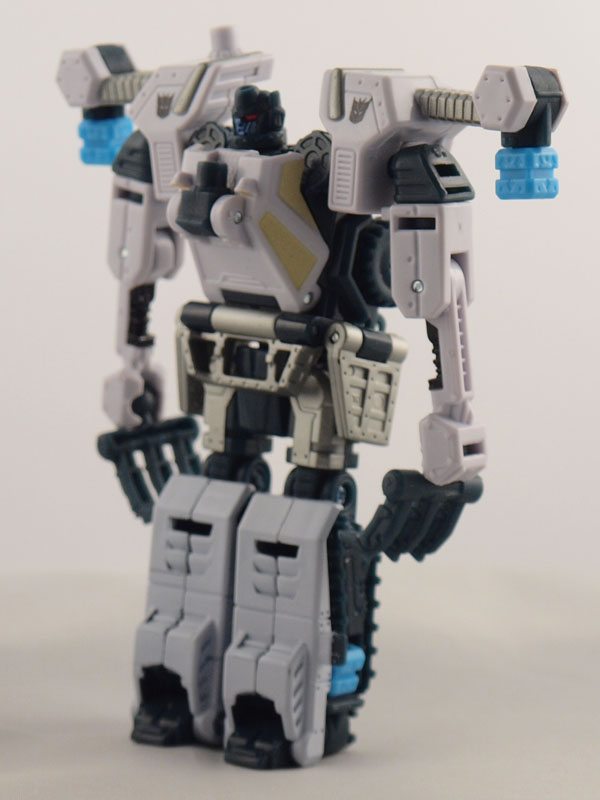 Icepick sports a mostly white color with a deep blue hue at various points. Each shoulder sports a Decepticon insignia. His big, meaty claw hands have ball joints and, with his other joints, makes for great posing ability. 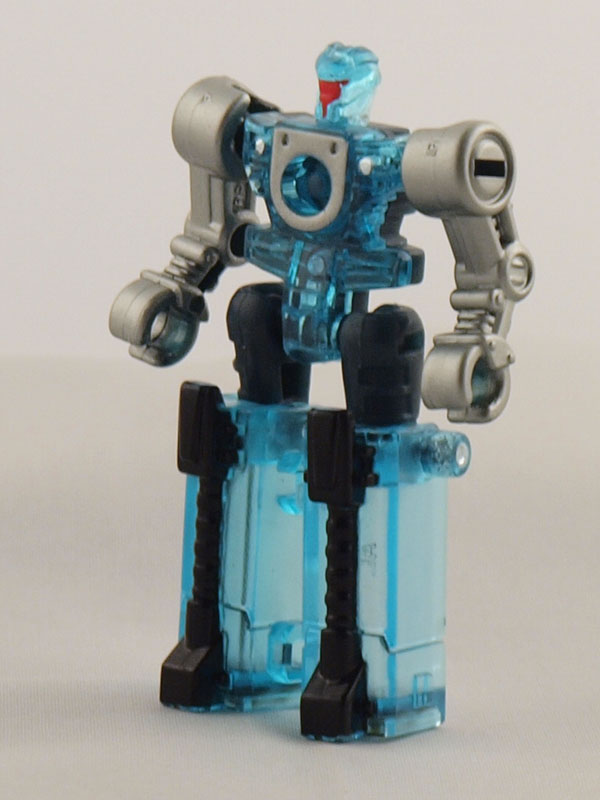 As with the other two-packs, Icepick comes with his own minicon, Chainclaw. No idea how an Autobot G1 pretender ended up being a PCC Decepticon minicon. He has great leg articulation, but arms are limited to shoulder rotation with molded elbows. 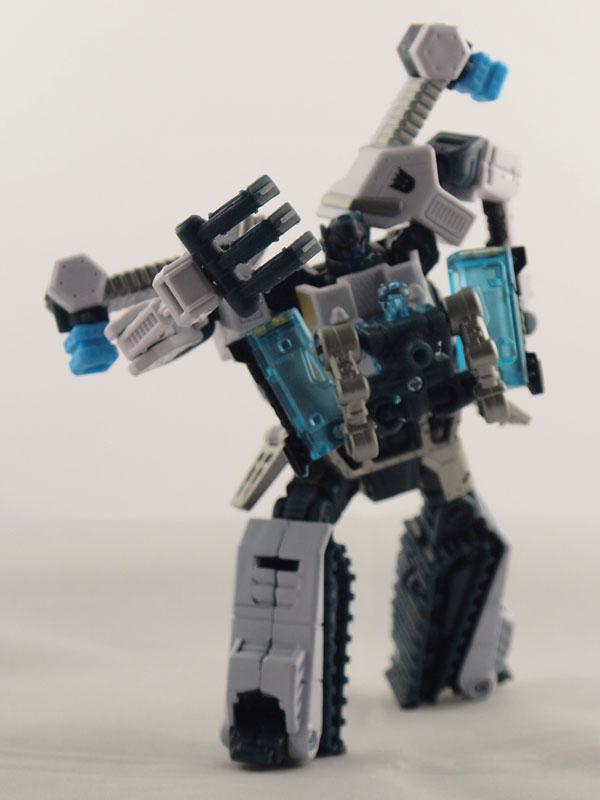 Bend his knees back 90 degrees, push the arms back a little and bend the hipts to wrap his legs around his chest. Sounds contortionist, but you just made his chest armor. While the end result looks vanilla, he has a minicon port that you can mount yet another minicon to. Deszaras anyone? 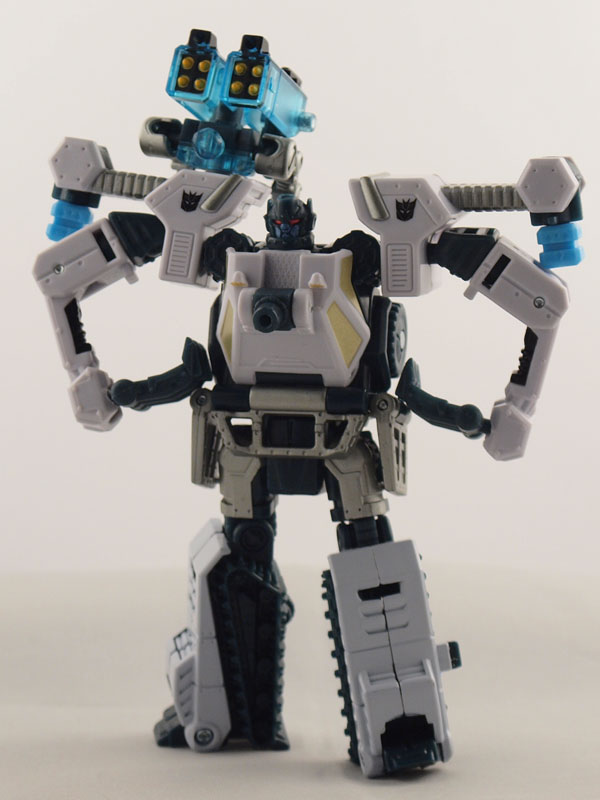 If you elect to bend his hips back instead of to the sides, you transform him into a missile battery that can be placed on the right shoulder of Icepick. You'll give him a volley of 8 missiles to play with (missile are molded).


There's actually an extra set of joints on the shoulders to get upward rotation and "shrugging". To get full hip articulation, you'll have to lift the waistplate. 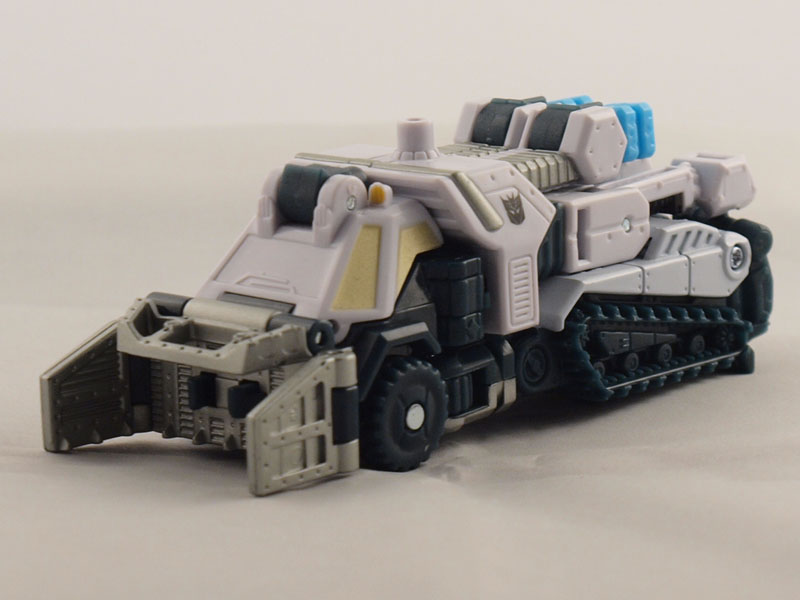 The end result is a halftrack arctic exploration vehicle. The two front wheels are rollers, while there are two molded wheels under the halftrack to help it roll along. One noticeable detail left out is the windshield, which was left unpainted. Why is anyone's guess. 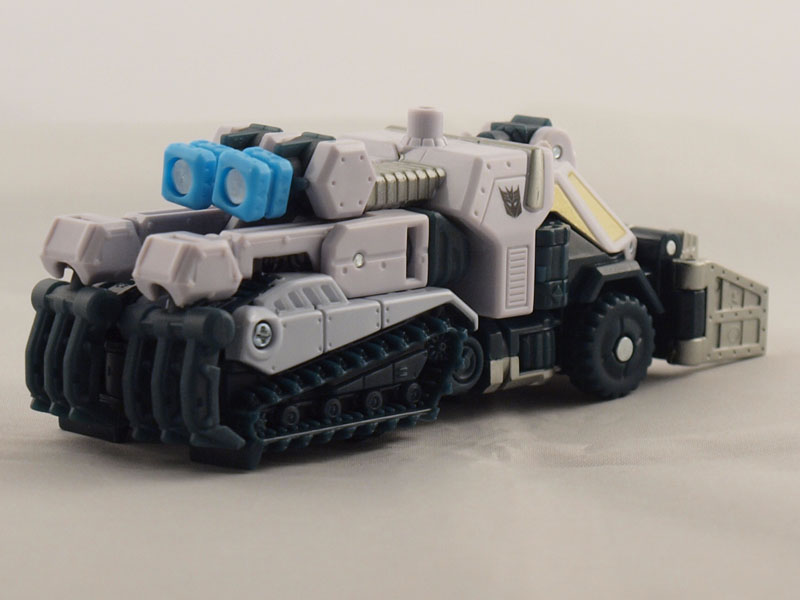 The back end tends to look a little cluttered, due to the claws wrapped around the rear end and the exposed combiner ports. It still ends up being a very decent alt mode overall. 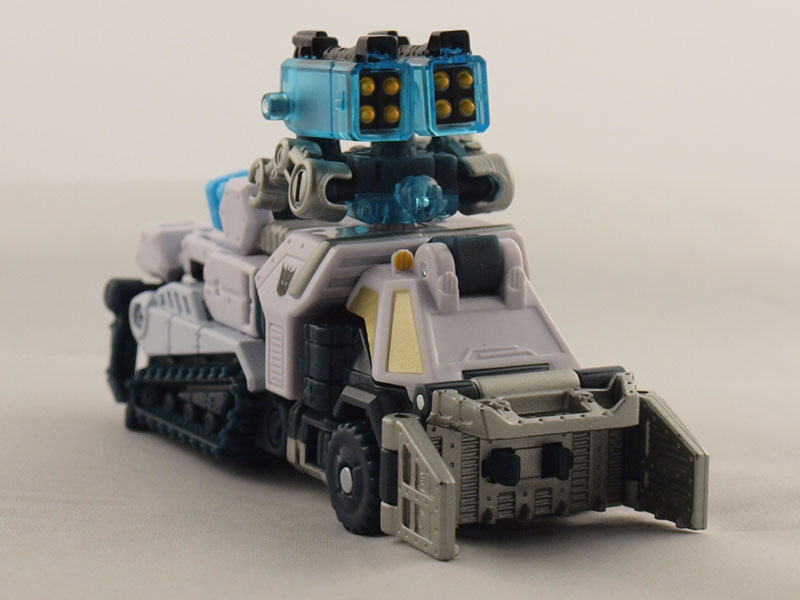 If you still have Chainclaw in his weapons mode, you can simply plug him into the minicon port on the roof. Now you have a Snowcat with bite. 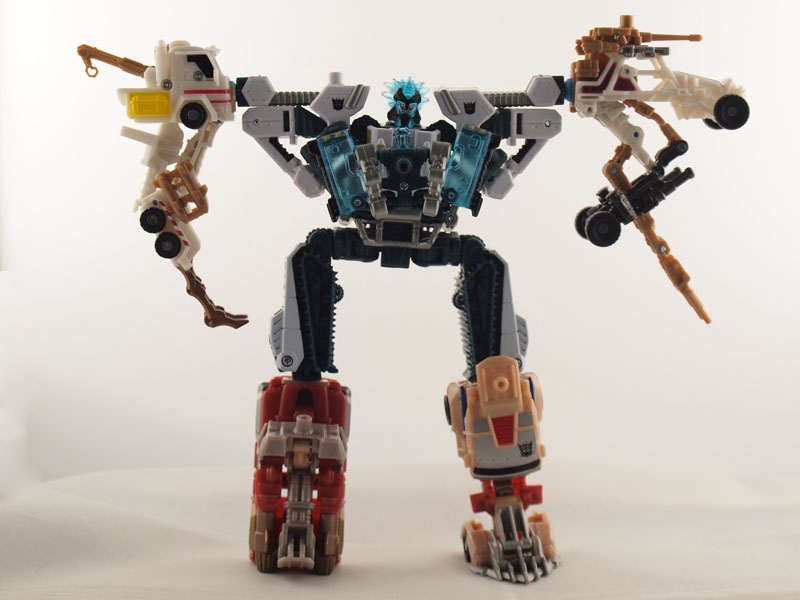 Icepick's combiner mode just replaced Smolder's as my favorite. The head sculpt is especially great since almost the entire head is piped, giving it an eery glow in the right light.

Very nice robot mode, but the combiner strut and ports on the shoulders is a sore thumb.
Alt Mode:

A little messy on the backside, but otherwise nicely done.
Chainclaw:

Somewhat bland compared to the other minicons thus far, only 2 transformations.
Combiner Mode:

The minicon might be a bit of a bore, but Icepick has many possibilities.