Fans can now rejoice. After 4yrs of waiting, the original "conehead" set has now been released to the masses. The final piece of the puzzle comes with Dirge, who unlike the BotCon release, remains true to the 1985 original.

There is a certain sub-harmonic frequency that triggers the fear response in most living things across the galaxy. Dirge has used this frequency for centuries, tuning his engines and his vocal processors to generate it. Fear accompanies him like a dark cloud, even his fellow Decepticons feel it. He enjoys the feeling of power he gets, watching other robots quaking in fear at his presence, or felling at the sound of his engines. 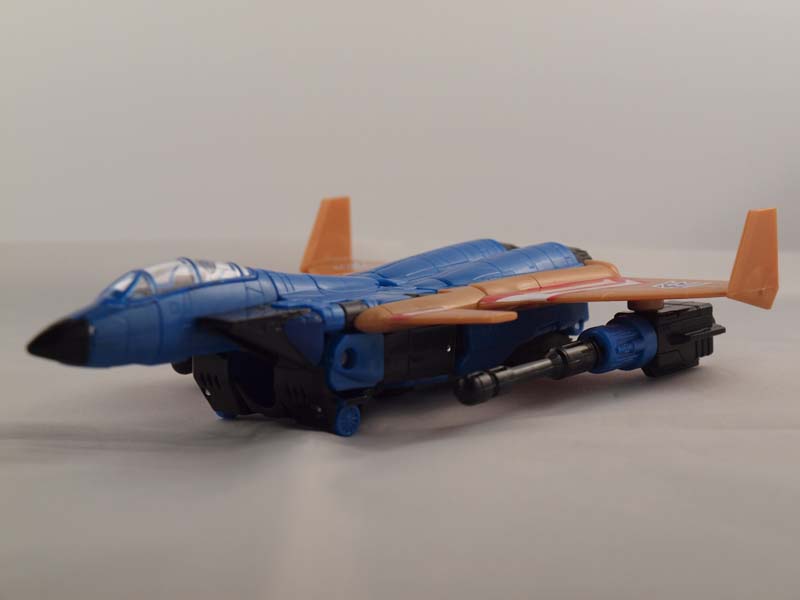 The Generations mold is definitely more accurate to the original G1 look versus the Botcon 2007 release. Almost all the details are present, including the striping on the main wings, the prominent Decepticon logos and the deep blue paint job on the fuselage. 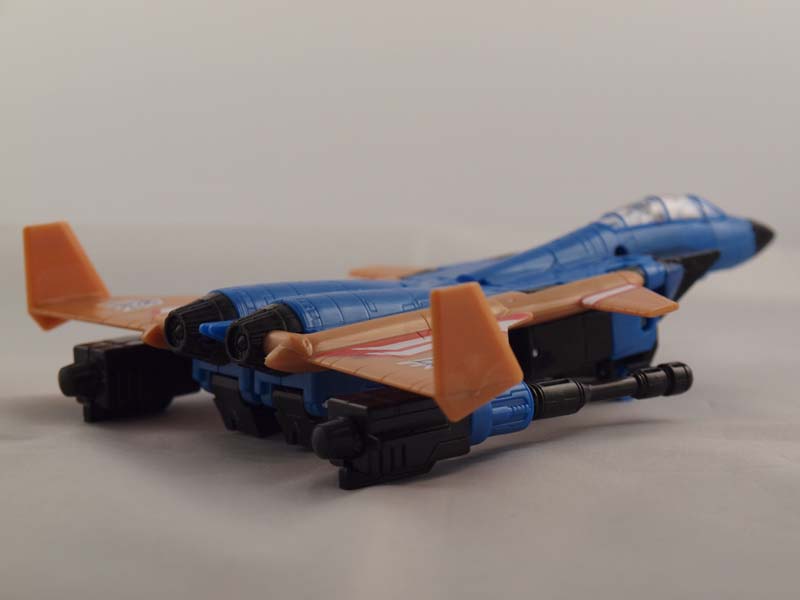 Identical to the Classics Ramjet figure with one difference. The winglets in front also flip 180 degrees. 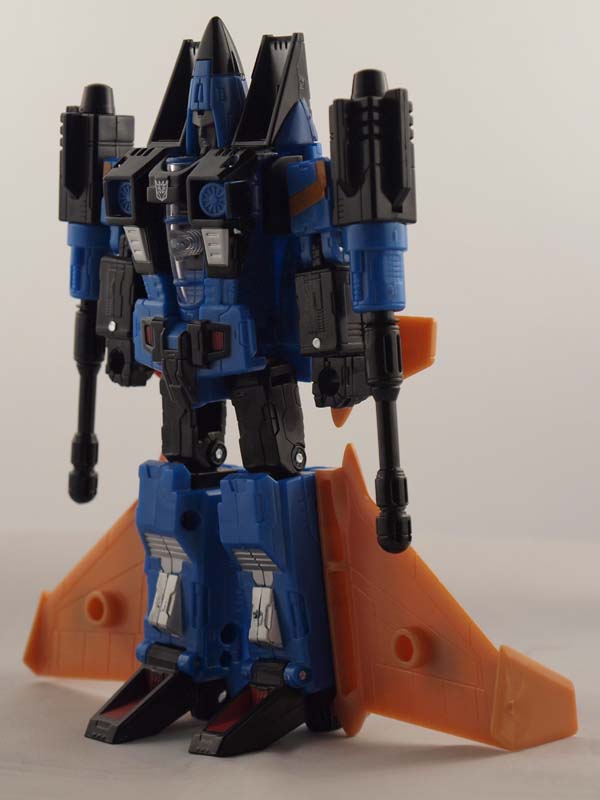 Interestingly enough, there's very little difference between the BotCon and Generations units outside of the wing design. The basic color scheme is virtually identical. The only main difference is with the head. Where the BotCon version was all black, the Generations version uses a gray head. Not only does it look better, but it's more anime correct. 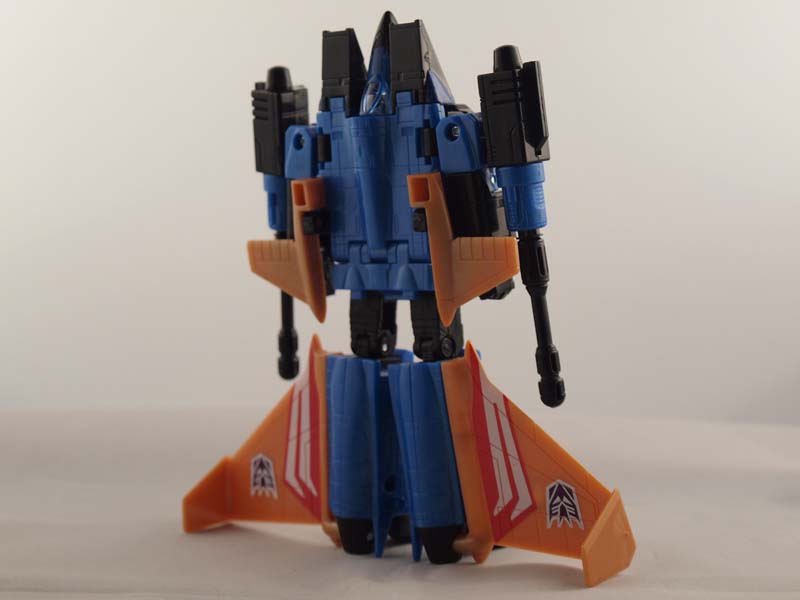 As with the other seekers, there are no other changes. Articulation is still blocky, which has always been the case. With this figure, the Seeker saga can almost come to a close. Only Thundercracker needs to make an entrance. Now, how about some more Triplechangers? 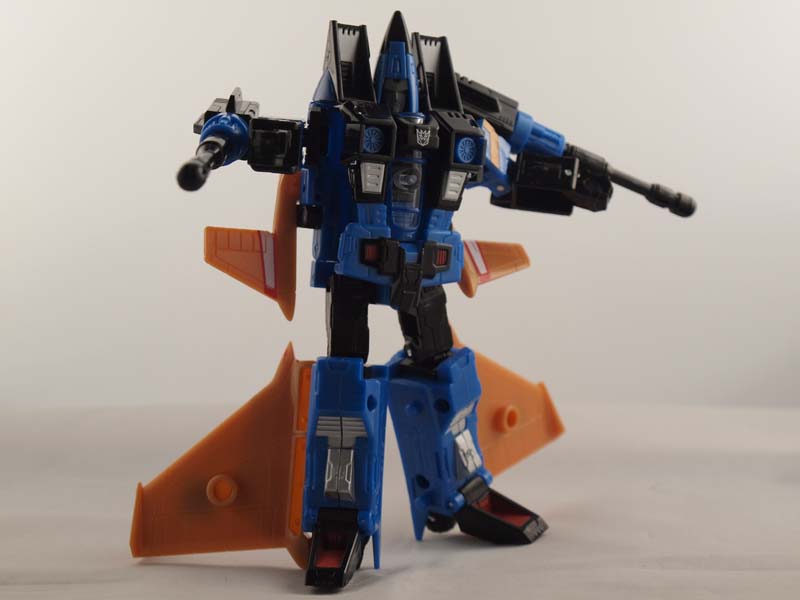 Near carbon copy of the original 1985 mold.
Robot Mode:

Articulation is unchanged. That is to say, mediocre.
Overall:

How about that? All 6 seekers have now hung on the pegs.