For the people who weren't enamored with the Animated series, there were worries that the questionable aesthetics of the line would somehow start creeping into the universe in general. Then Lockdown crossed over to the Bayverse and proved that Animated designs can be properly interpreted. Now, we get a Bayverse interpretation of the Seeker design with Terradive.

Terradive loves to dive toward unsuspecting prey with the sun behind him. The light blinds his target, and the scream of his engines terrifies them, leaving them easy pickings for the blades of his trident. With Jetblade serving as a decoy, Tomahawk will never know what hit him. 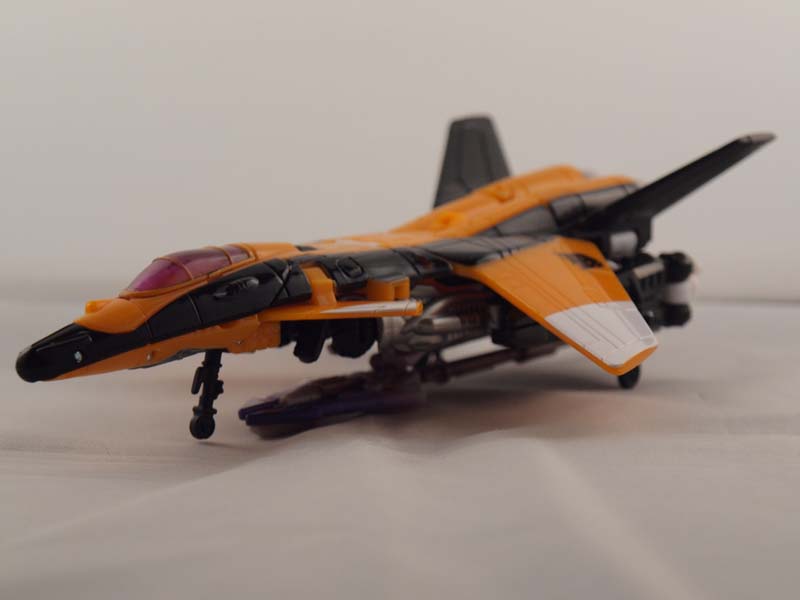 Terradive is officially listed as simply a fighter jet. There's no denying that the swept forward wing design is futuristic. The design is loosely based on the SU-47 Russian experimental aircraft. The color scheme is a mixture of orange, black and white. It looks surprisingly good on this jet. . 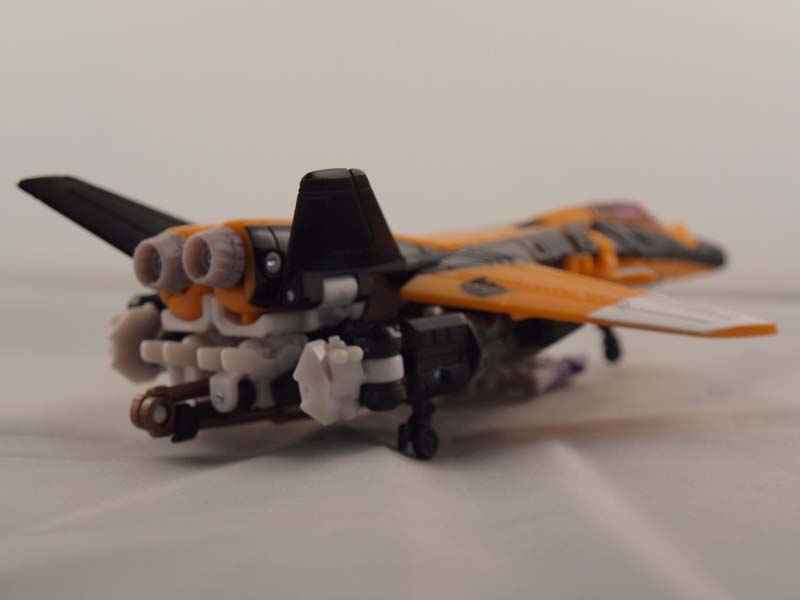 On the belly of the jet, you'll find a retractable 3pt landing system. The abscesses of the belly are well hidden with the weapon storage system, consisting of a horseshoe clip and a pinch tab. I wouldn't be terribly surprised if a certain purple repaint happened to come along in the coming weeks.

Transforming to robot mode is about as complex as the jet design. Separate the wings from the fuselage. Pull forward on the nosecone to extend it from the cockpit. As you flip the nosecone upward, a protective guard will swing around. This will eventually cover the cockpit. With the nose pointing straight up, flip out the legs 180 degrees. Continue to flip over the nose so it covers the cockpit. Rotate the legs 90 degrees so the wings face forward. The wings sit on a rotating joint with a tab. Spin the rotator 180 degrees, then align the tab so that the slot on the inside of each wing clips to the tab. Fold out the feet. 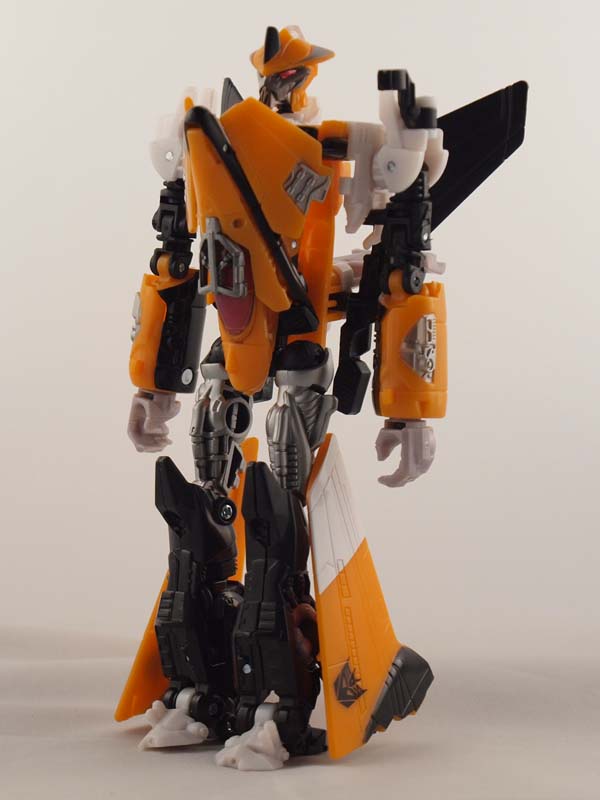 This is one wickedly executed robot mode. The legs and upper arms are done in black, with the forearms a mix of black and orange. The upper thighs are silver, while the shoulders are white. The head sculpt is vicious looking, with elements or RiD SkyByte in the design. The eyes are jeweled red, with clear piping in the back. 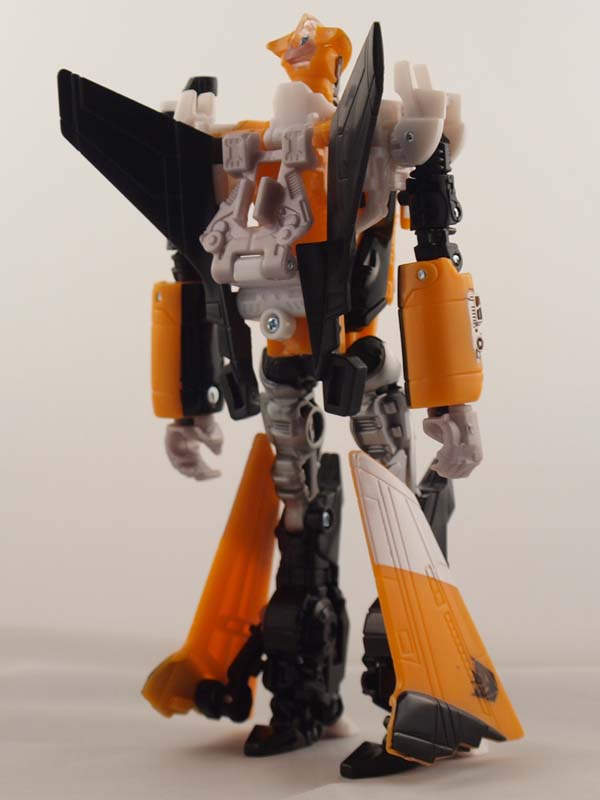 Terradive's main weapon is a spear. However, push down on the head and it unfurls into a trident. A staff weapon is only as good as the bot wielding it, and in this case Terradive has been given the proper arm articulation to do this. However, you have to lodge the thicker parts of the spear into the hands to keep a proper grip on the weapon. As far as Bayverse jets go, this one is the clear winner. 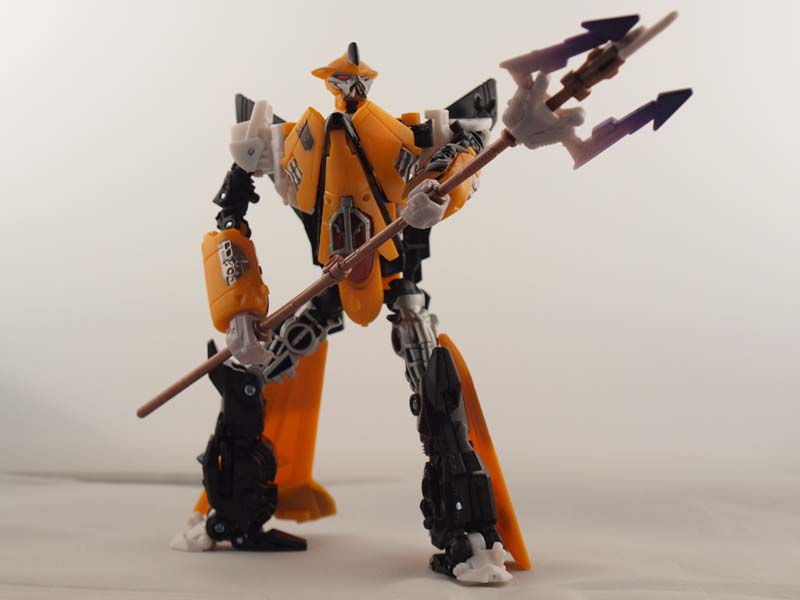 
Joints are set up fairly well. However, the tab system to keep the shoulders in place can tend to slip out of position.

With so many great non-movie characters, it makes you forget who WAS in the movie. 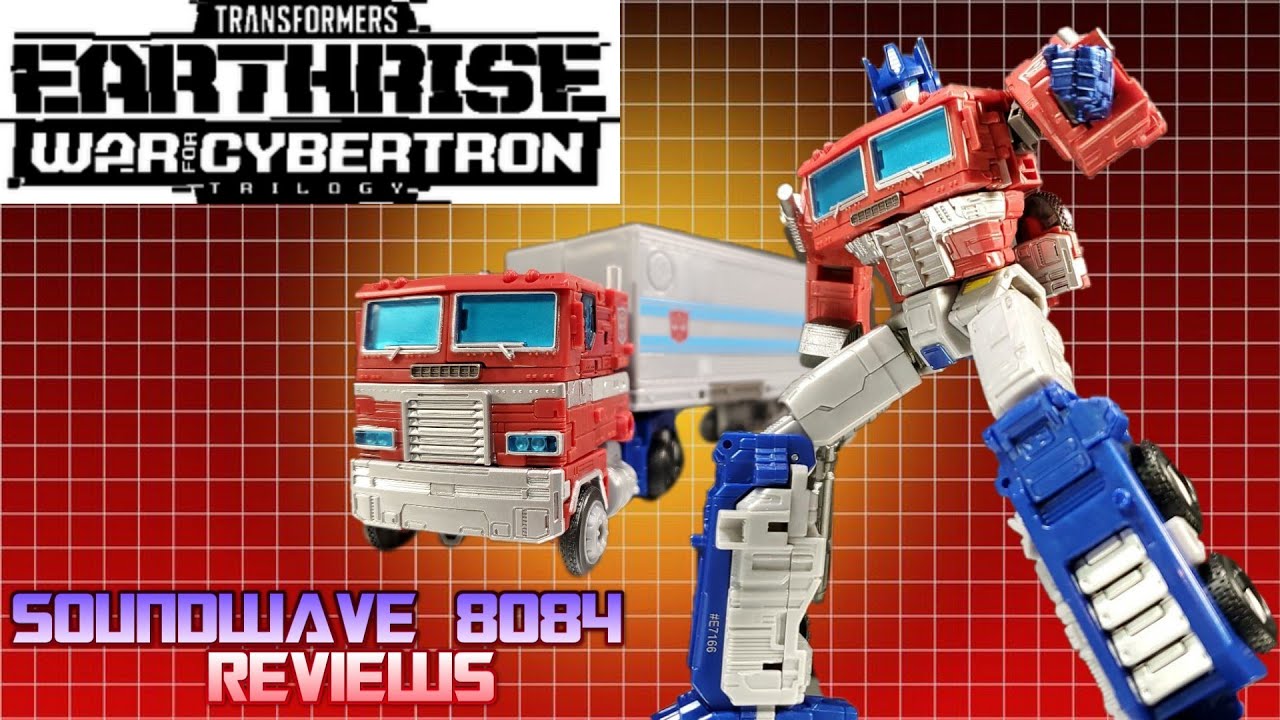 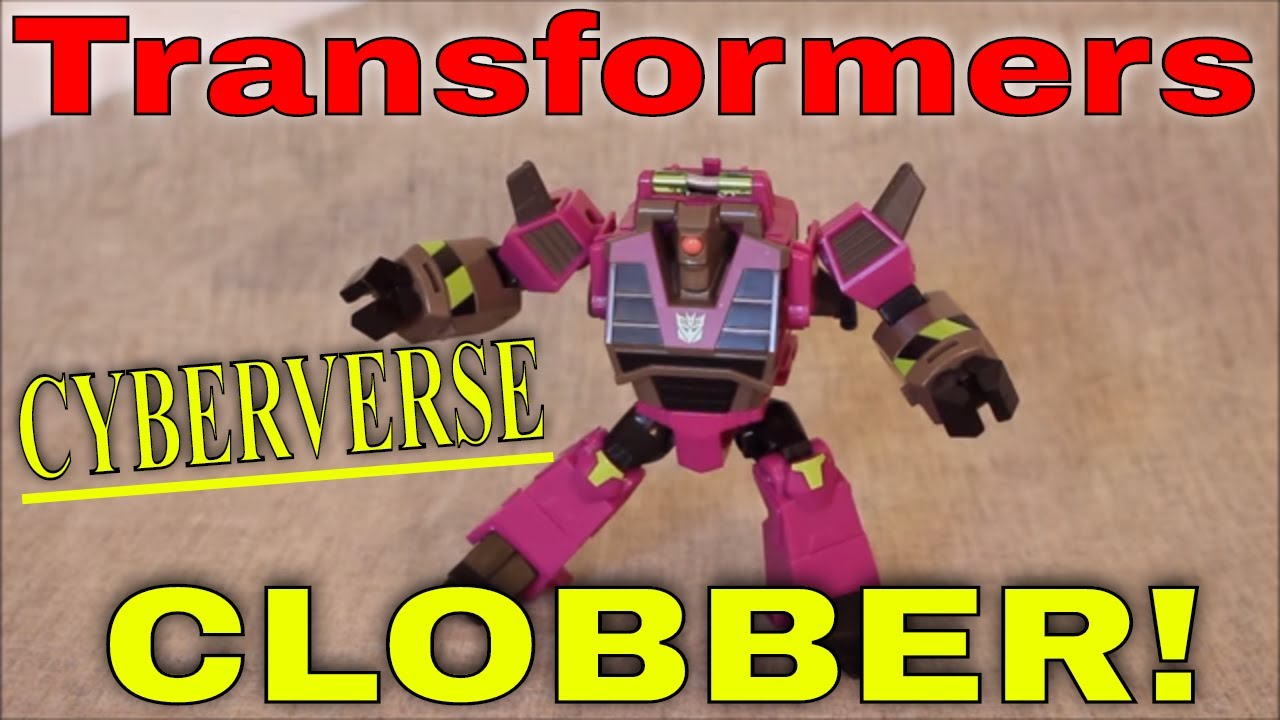 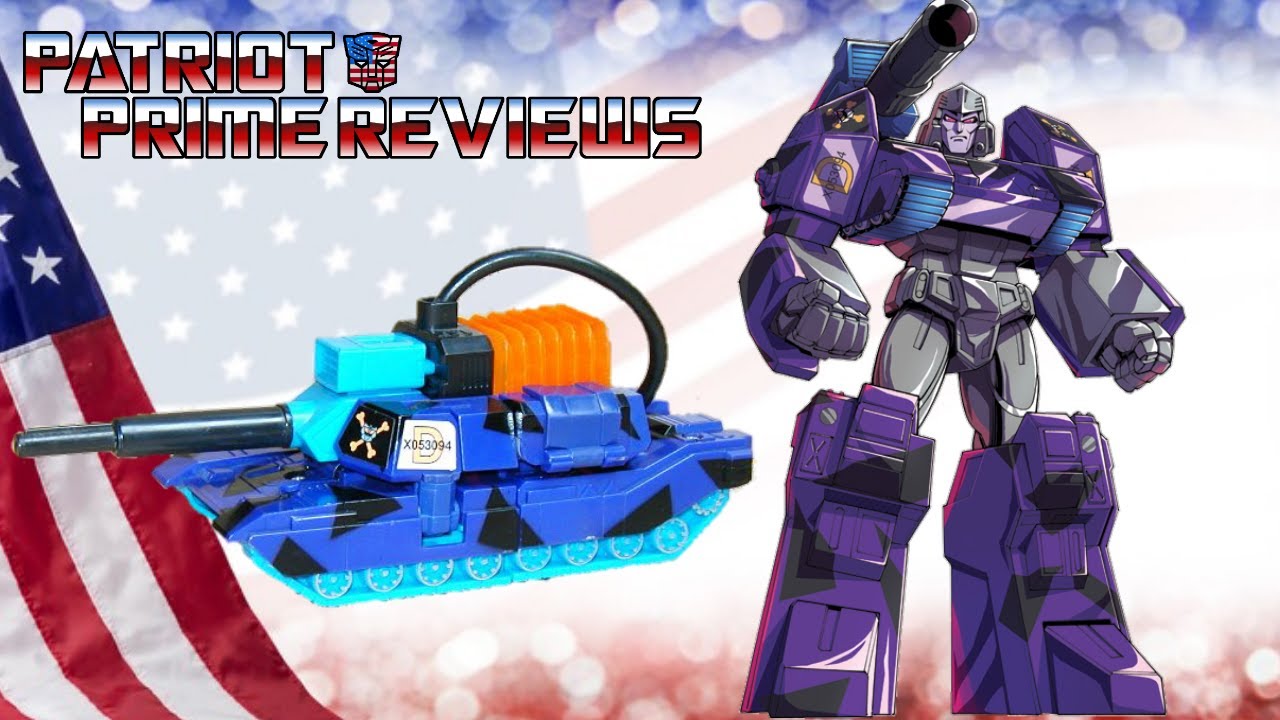 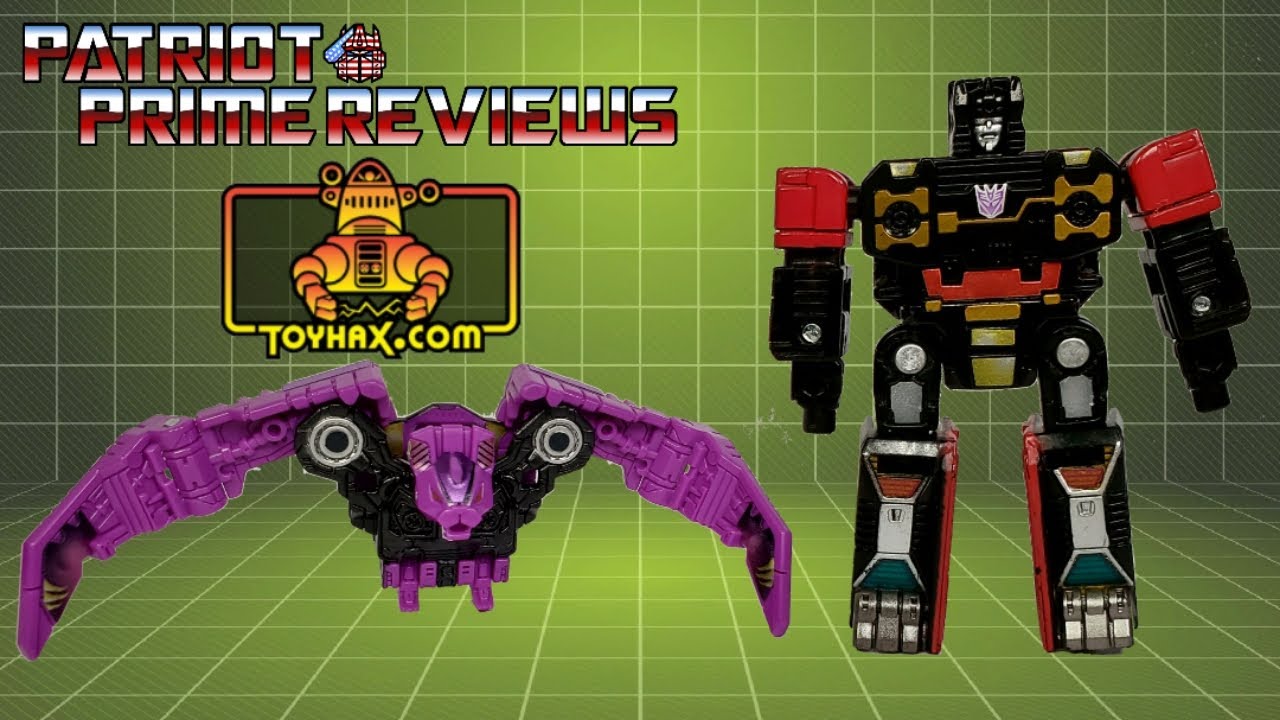 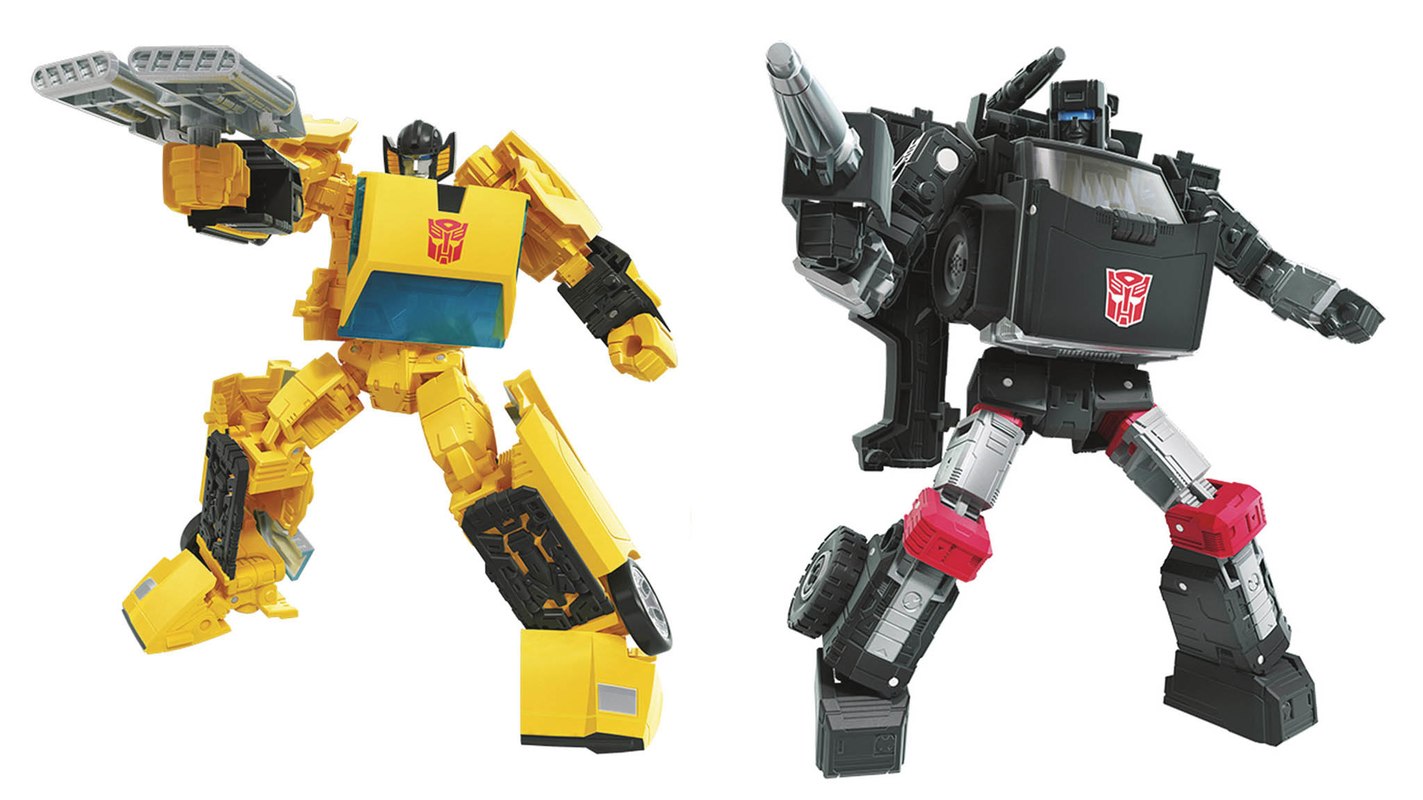 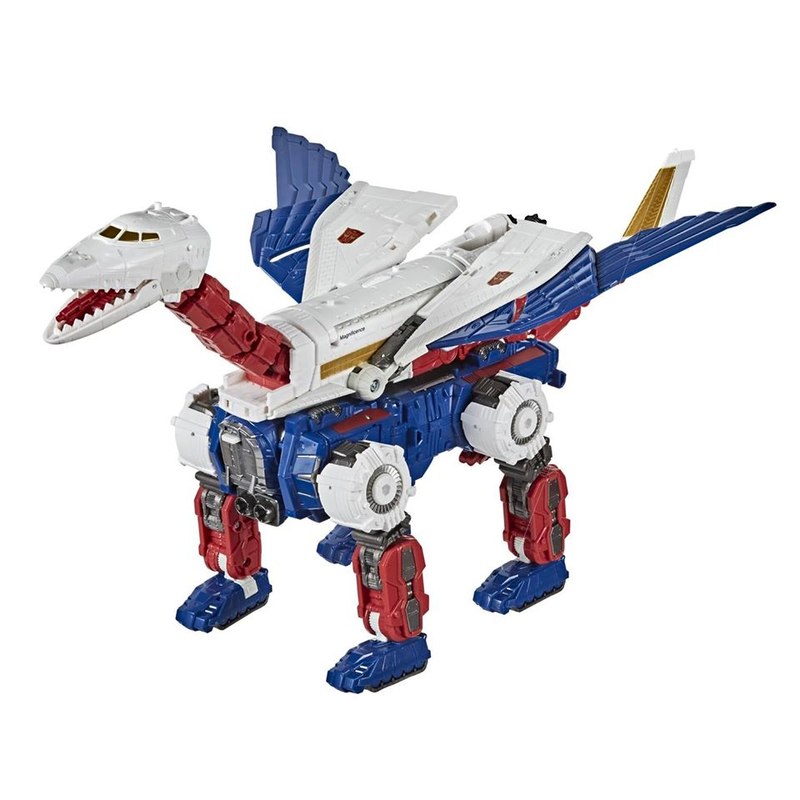 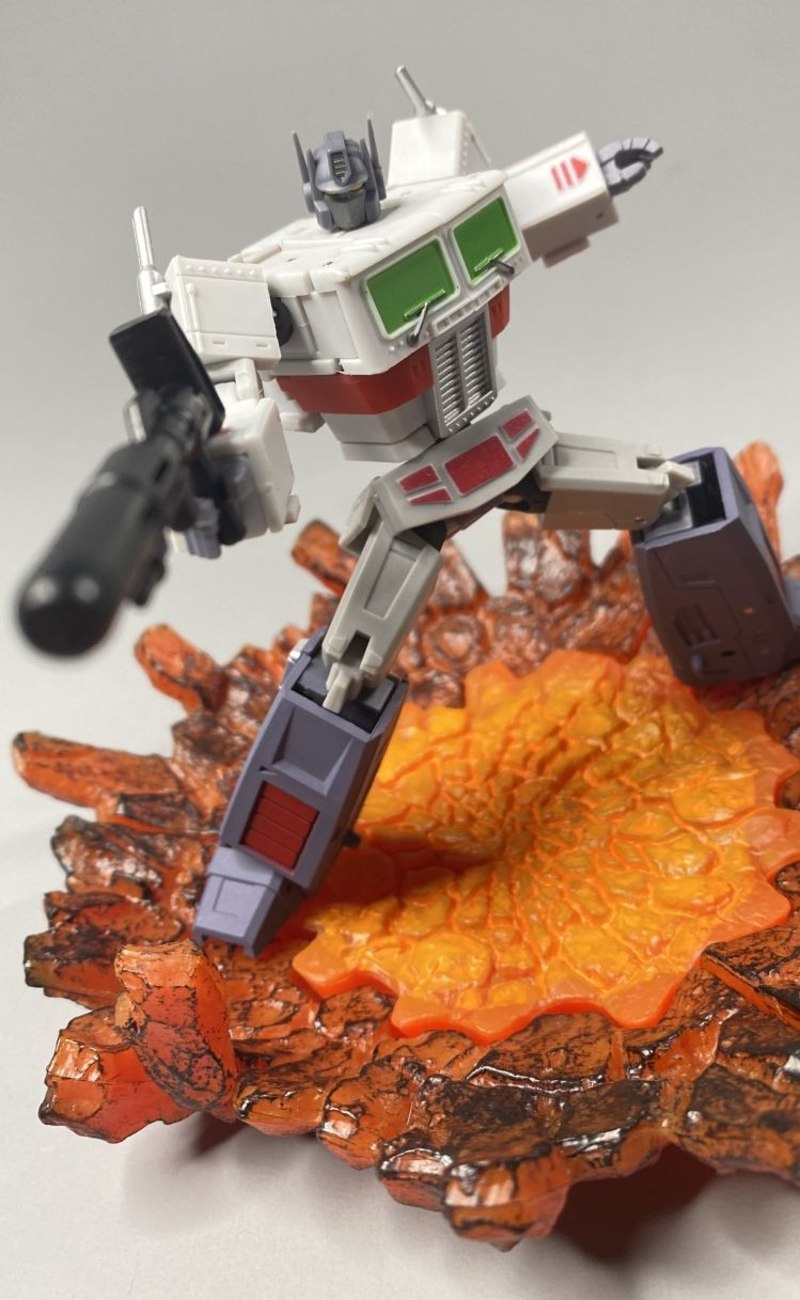 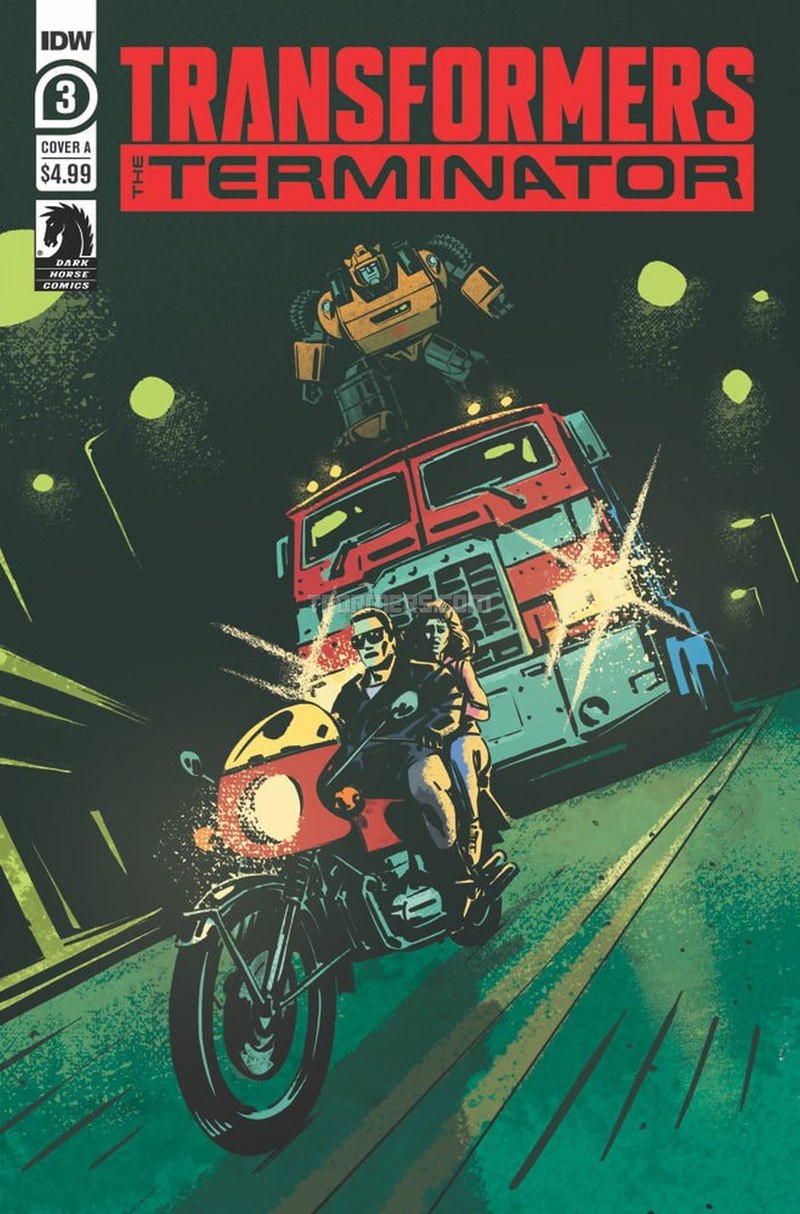 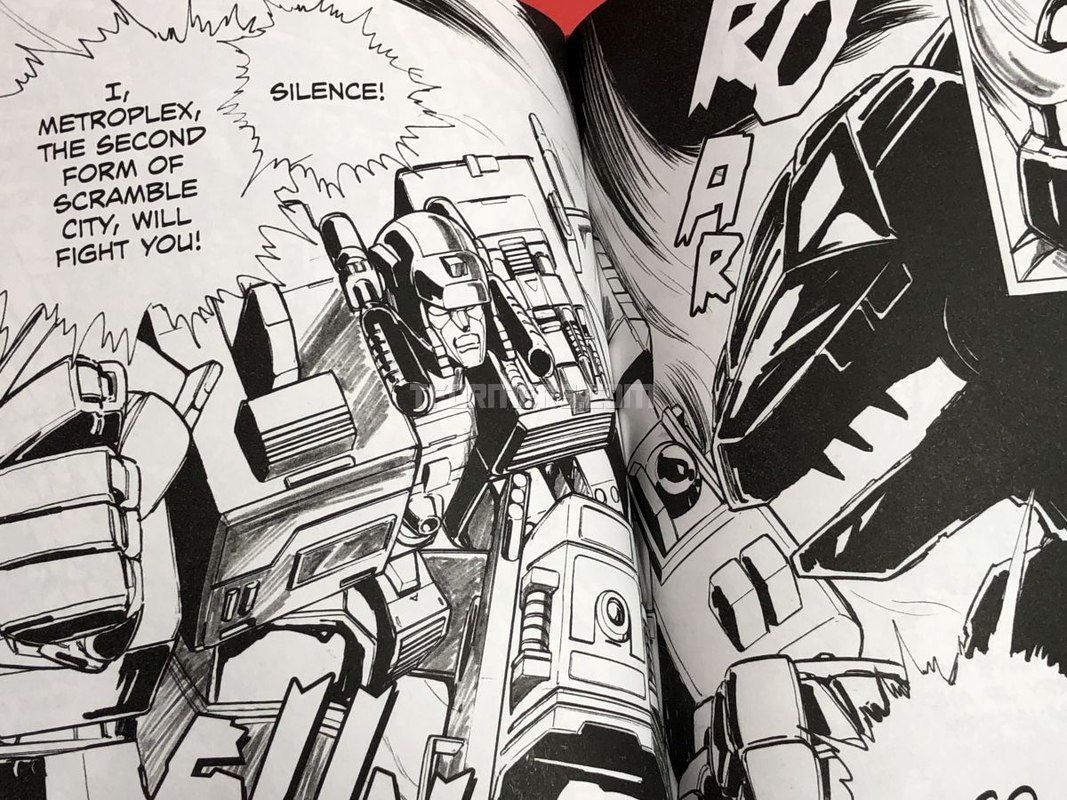 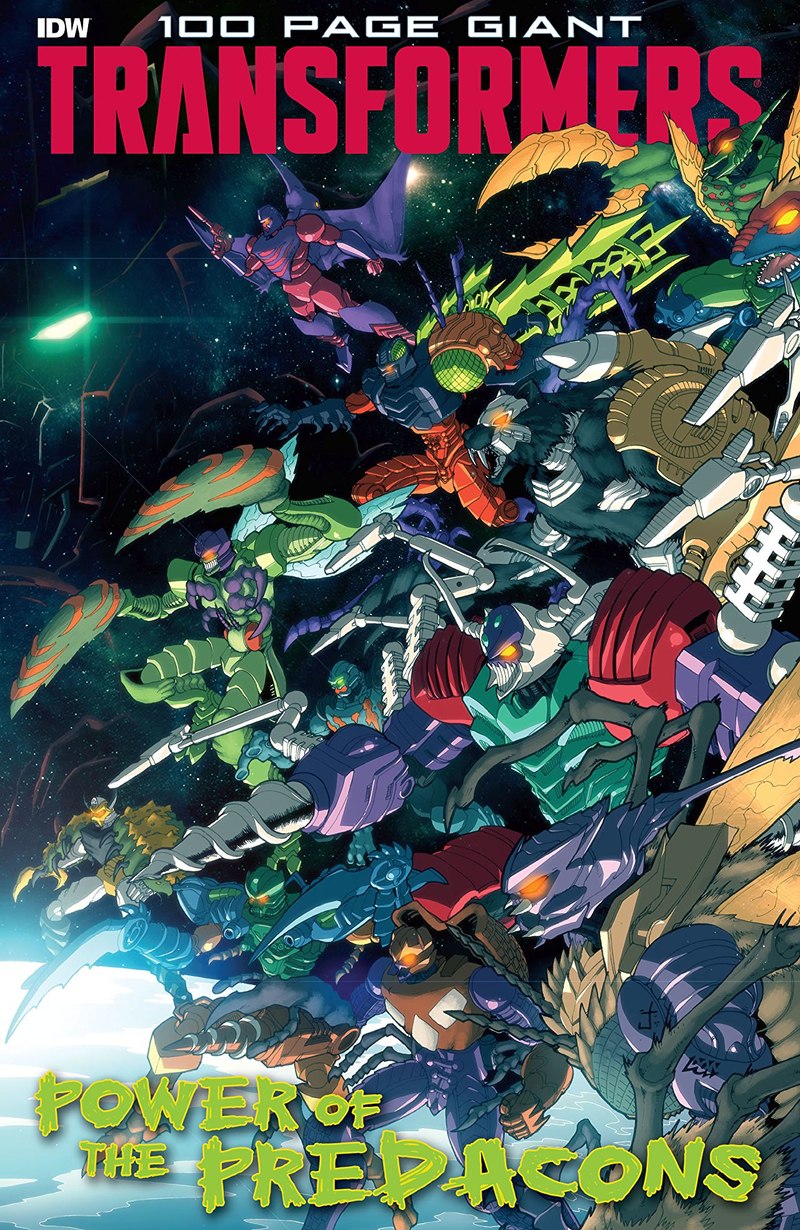 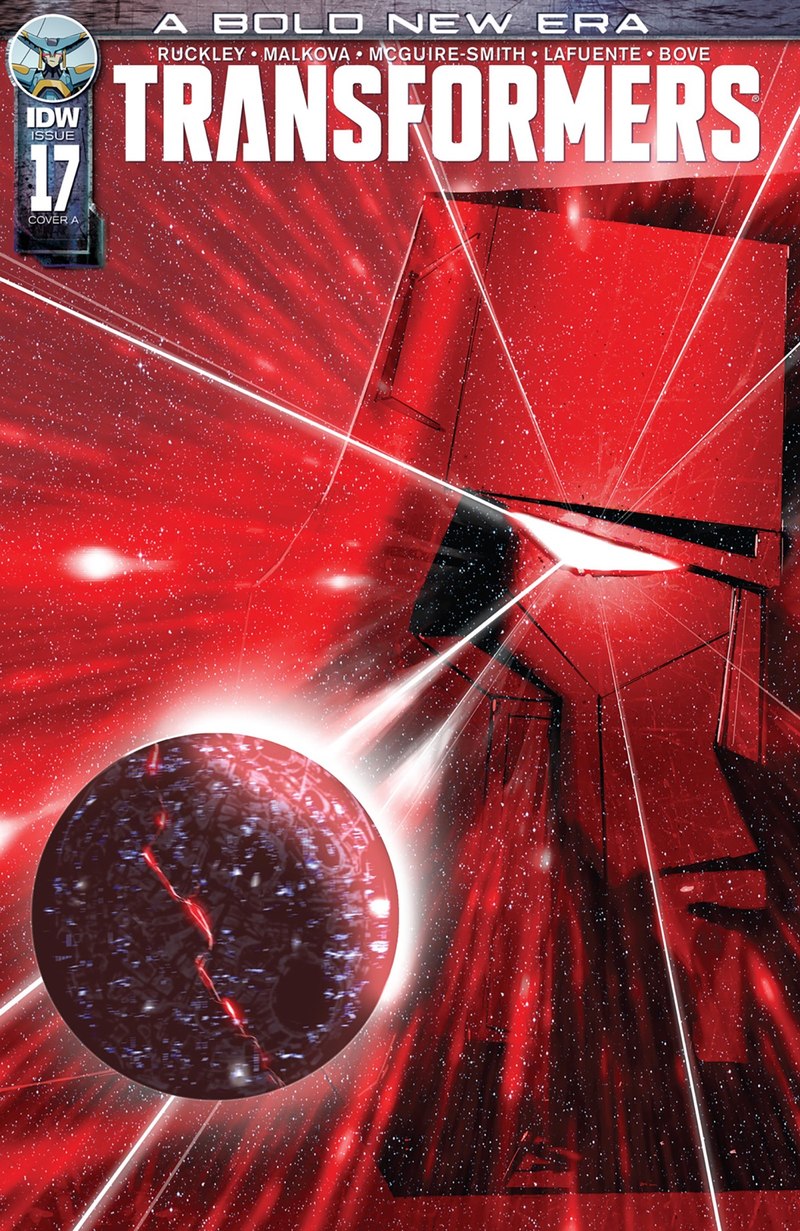 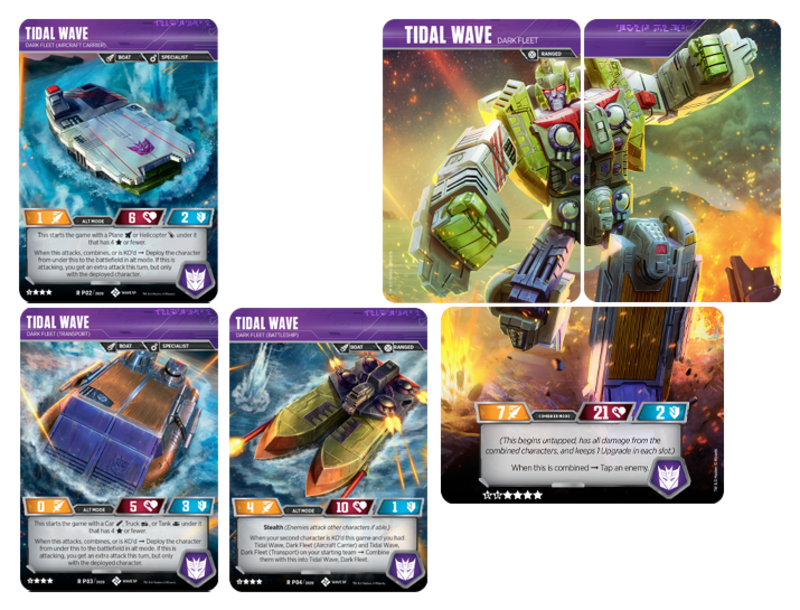