Laserbeak - Dark of the Moon - Figure

Laserbeak grows more independent each day spent away from Cybertron. The loyal servant of Soundwave and the Decapticons has become more self-aware since arriving in the Milky Way. Laserbeak continuously monitors Autobot troop movement from afar, plotting the perfect moment to unleash his laser attack. 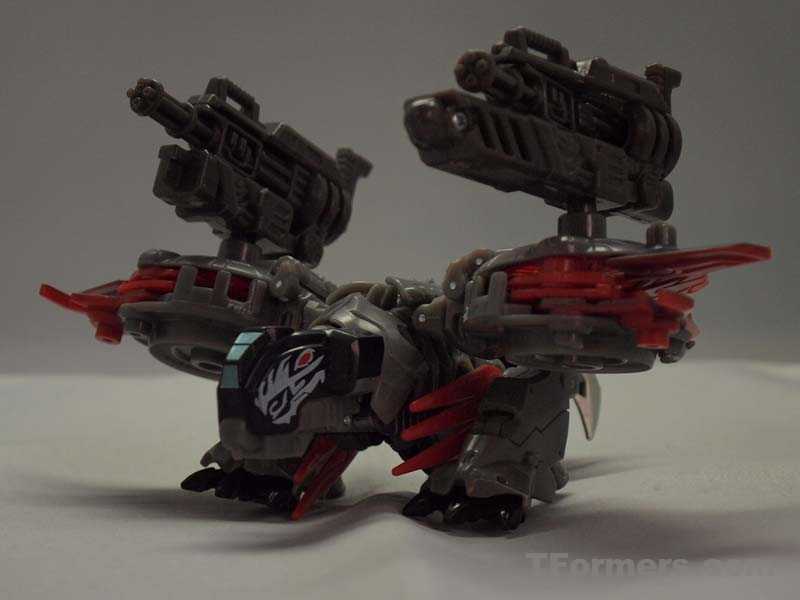 Supposedly, Laserbeak is a hover jet. He looks more like a heavily armored raptor. There are some hover jet elements to him, such as the VTOL turbines on the wings. However, he definitely has an other-worldly feel to him. The color scheme is mostly boring, utilizing unpainted plastic with black here and there. 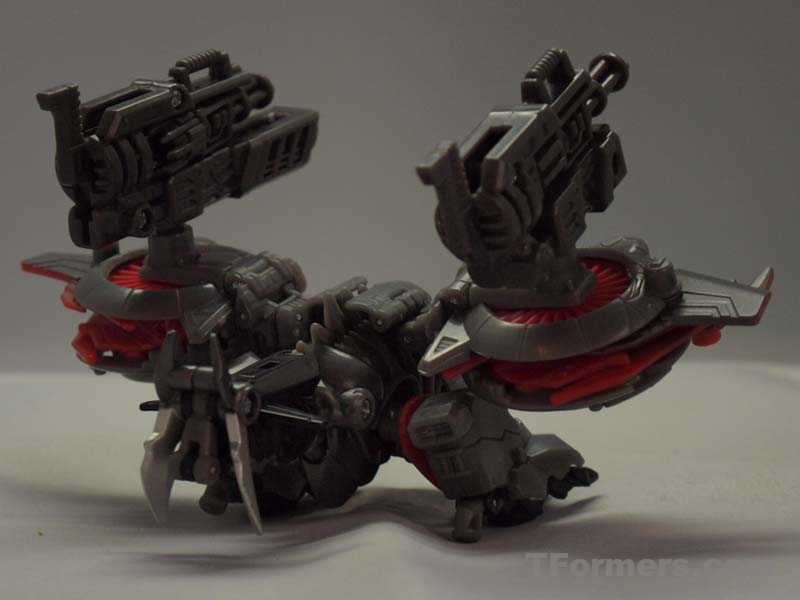 Laserbeak comes with 2 gatling cannons that can peg to either VTOL. One cannon is static, while the other features a MechTech function. Pushing forward on the hammer will "720" the front barrel of the cannon and convert it to a laser cannon. Just make sure your fingers aren't in the way. Also, you can stuff the static cannon into the back of the MechTech cannon to make a monster weapon. This weapon can peg under the cockpit.

Alt Mode Summary: Not sure how convincing an alt mode this is...

The transformation basically consists of pulling everything out. The cockpit folds down in two increments to extend the beast mode head. 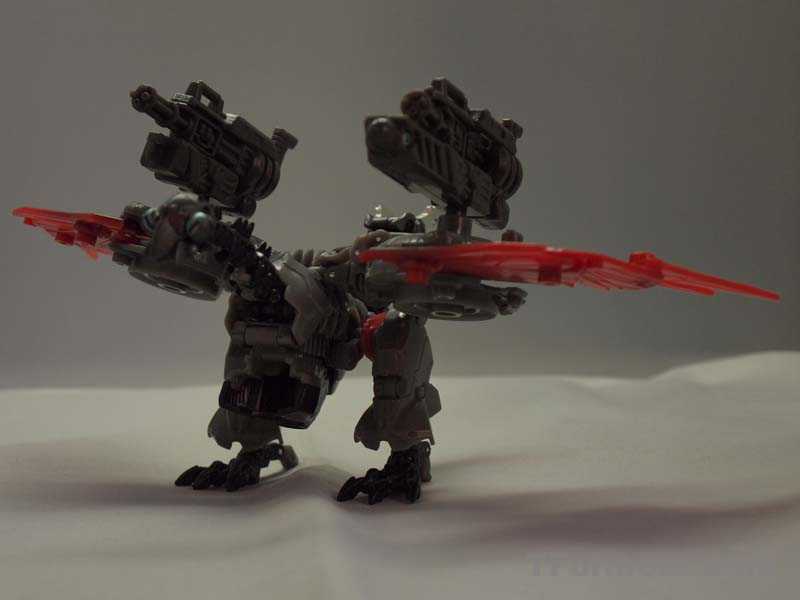 All I can think of is Inferno yelling "Turkey shoot!". Actually, he resembles a vulture that was genetically spliced with a praying mantis. The mostly unpainted body gets accented by red plumage on the wings. You can still mount the weapons on the top of the wings or, if you prefer, on the bottom. 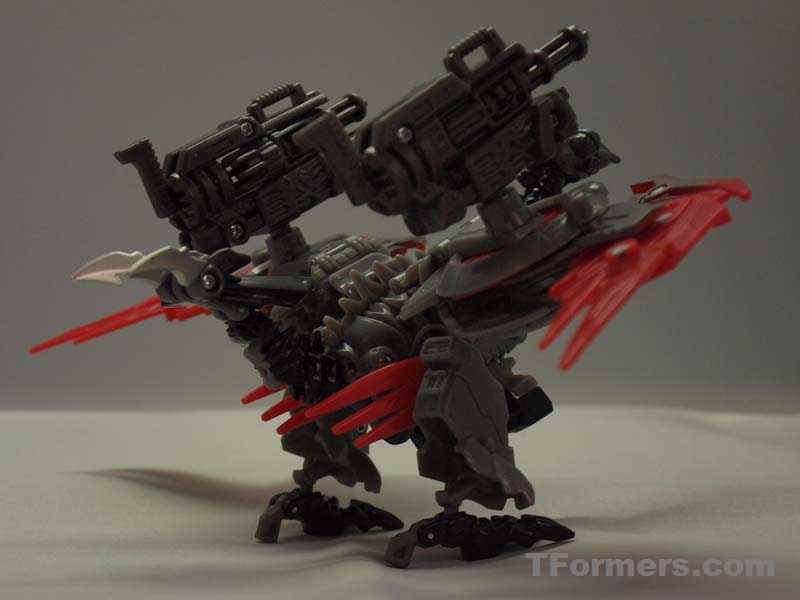 With the multi-segmented joints on the various limbs, you can get some pretty good poses from him. The tail and neck both feature three segments using ball joints. The wings are segmented by pin rivets. The legs aren't quite sturdy enough due to their small (and thin) size, but you can balance him out if you take your time. 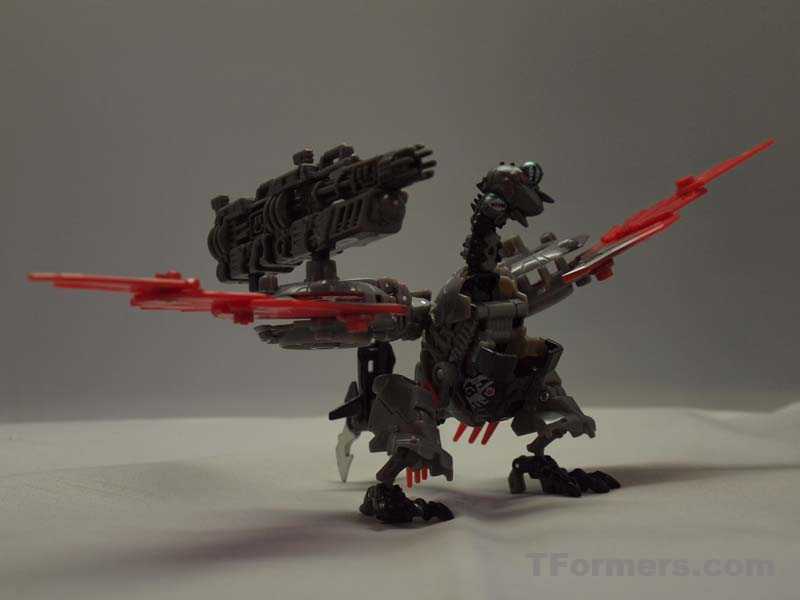 
Most of the joints have some amazing possibilities. The legs and feet are on the smallish side, which hinders posing.

While the alt mode is pretty uninspiring, the beast mode is a step or two up from the effort given Ravage. However, with the way the wings fold in an out, they could be a source of premature wear.

I must admit I went into this review thinking I wasn't going to give Laserbeak a good score. While the alt mode definitely leaves much to be desired, I've grown to like the beast mode. That's saying something for me, who normally shurgs off Beastformers. If you get this one, keep him in Beast mode.