The Centurion chase continues as the Revolutionaries work with Arcee to rescue two of their own! But who needs rescued... and who has other plans? Transformers: First Strike #1 is written by John Barber with art by Priscilla Tramontano with colors by Joana Lafuente. 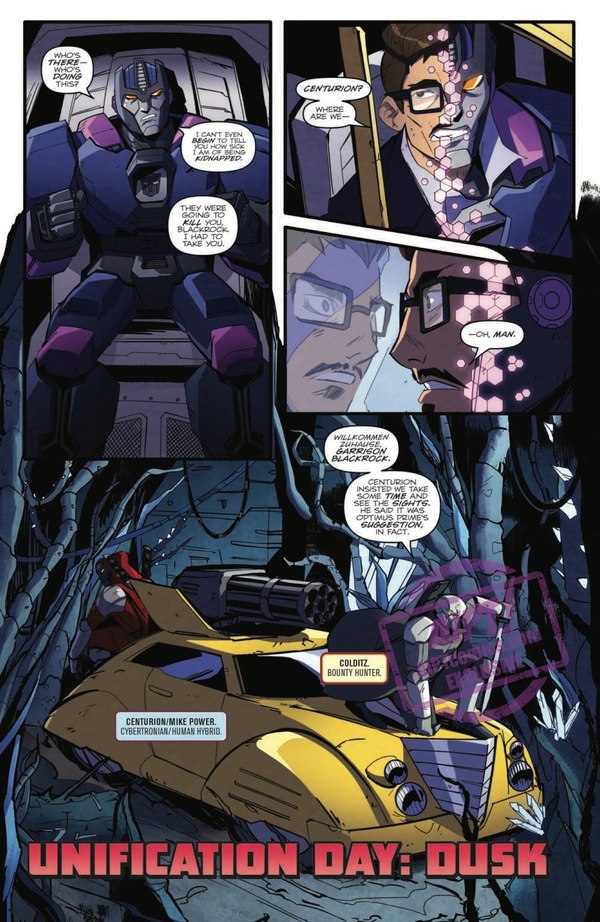 Can we have a toy of Centurion with this alt mode?

Like I said of Optimus Prime First Strike #1, this issue feels more like Revolutionaries #10 than a standalone. Furthermore, this special is actually the second half of the story begun within the previous special - which seems like really very bad form for something with a #1 on the cover. (Comics marketing strategies have issues, and those issues are also not always numbered sequentially.)

That said, while all of those things give the story context this somehow feels much more satisfyingly self-contained than the first half. It's helped by taking place without the cameos from the main cast of First Strike that we had last issue, and being physically far removed from the location of that book as well. Not happening between the pages of another comic helps it feel less like a footnote and more of its own story. This story revolves around Centurion and his history, but once again we get enough to follow along just fine. There are some points that come across as confusing but that's intentional, as Centurion - a hybrid of a human and a Eukarian Transformer - is confused about them himself. But as with First Strike proper, the real pleasure of this book is the interplay between the characters. The interactions between Action Man and Arcee are both amusing and - I've gotta side with Kup here - a little bit off-putting. It's not Kiss Players - which is good because nothing, including Kiss Players, should ever be Kiss Players - but Ian Noble's chatting up Arcee (who could not care less) is a direction I didn't expect this to go in.

Speaking of, Priscilla Tramontano's a perfect fit for this, and Mayday's expressiveness, especially when rolling her eyes at Noble's attempts - is probably the highlight of the art for me in general. In general Tramontano's style is in a certain sweet spot my favorite Transformers artists of the last few years all hit: expressive enough without being oversimplified, and detailed enough without being stiff. She's one of my favorite IDW artists and it's always great to see her getting to do lineart for something. Joana Lafuente joins her for coloring, and that's a solid combination. She's excellent at keeping colors vivid without losing nuance - and that's a real boon when your two main robot characters are teal and pink. And then in the middle of the issue she downplays it a bit and desaturates things ever so slightly for a series of flashbacks, which is pretty appropriate given that Centurion's memory itself is somewhat hazy and faded. Also, it both makes the flashback sequence stand out from the rest and helps you to appreciate why she made the choices she has in the rest of the comic. Vivid colors in comics make me happy, what can I say?

Sara Pitre-Durocher has the main cover for this issue, showing Arcee and Mayday fighting together. I think this is the first time I've seen her draw a human character in her painted style, and I like the subtle differences in how the light hits the cloth and metal parts of Mayday's gear. And as always, she is really good at posing and lighting robots! The B cover is Guido Guidi's work, and I just keep wishing it had `80s Marvel trade dress. It's a comic book cover in the classical sense and you can nearly always count on Guido to nail that. Lastly is Whilce Portacio's Retailer Incentive cover with covers by David Garcia Cruz, and it's a simple but effective group shot of the robot cast of this issue and Optimus Prime. I like how he draws them all here, though Kup is a bit odd - I think Portacio was working from his Titans Return toy. I particularly like that Arcee - it's kind of a middle point between G1 and IDW styles in a sense, and it looks good.

So this side-story wound up being the opposite of First Strike for me: I wasn't sold on the first issue but the ending was pretty solid. All told First Strike as a whole retains a pretty solid hit/miss ratio for me; here's hoping the things it has set up are that successful going down the road. 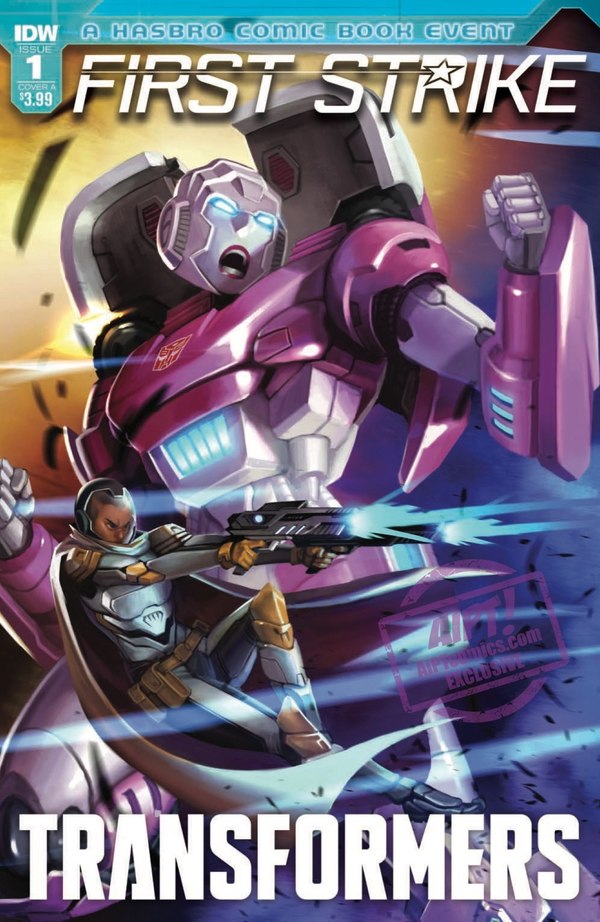 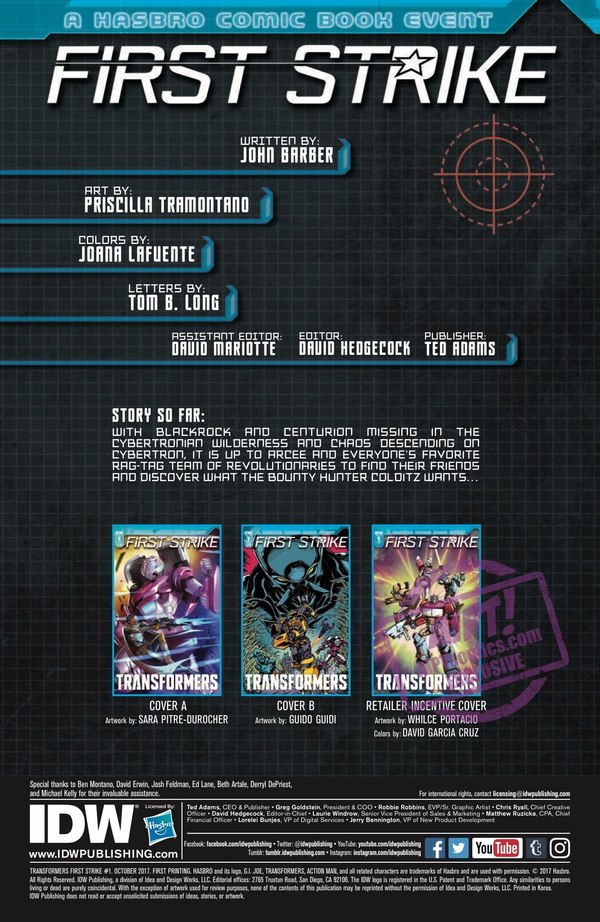 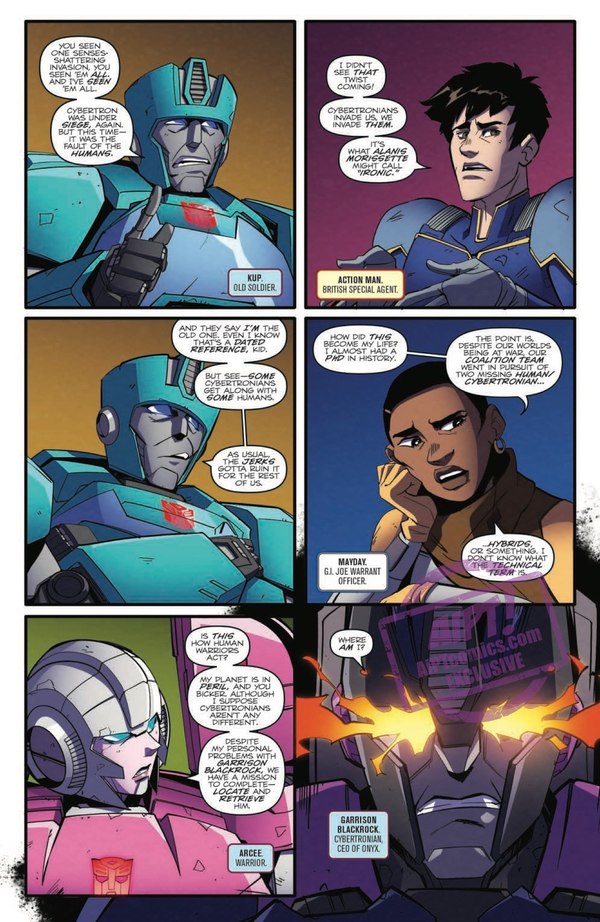 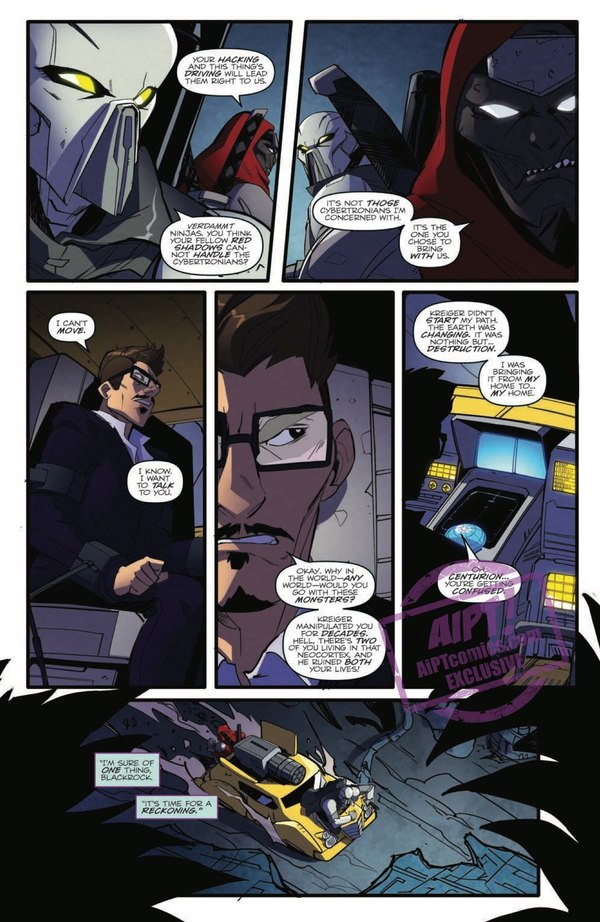 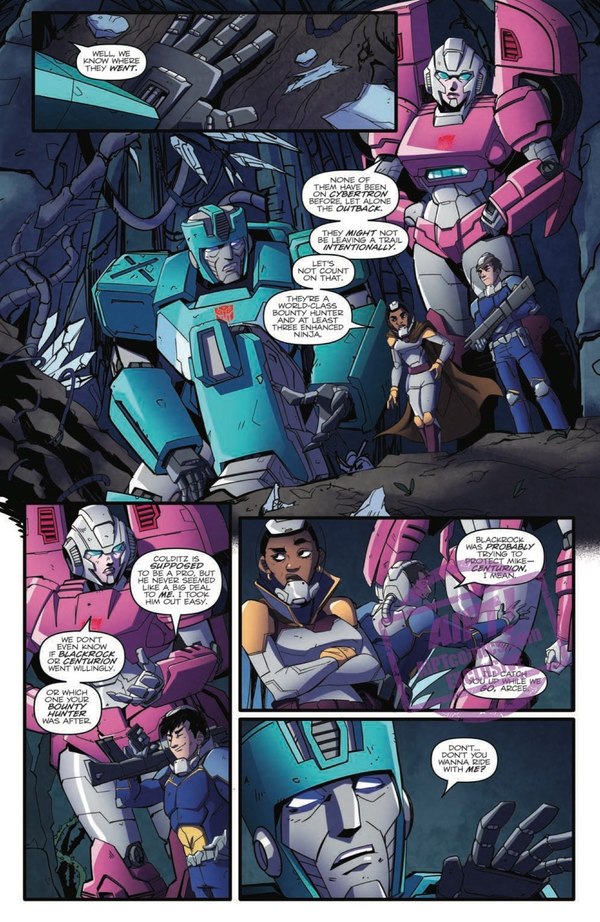 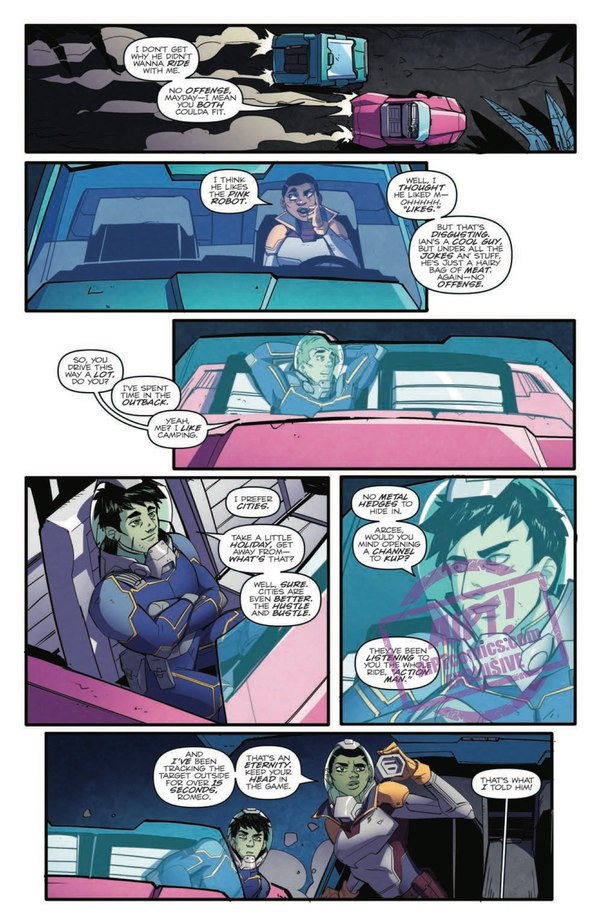