Skywarp is a recolor of the Legends of Cybertron Starscream. This is a Comic Con exclusive I believe. I picked mine up on Ebay, and it's a nice little figure, if a bit fragile.

Based off the "War Within" designs by Mr. Don Figeroa, the plane mode looks great. It's a bulky, triangular Cybertronian plane that looks fast if not aerodynamic. The robot head is visible between the tail fin and the cockpit area, but it doesn't stand out due to it and the surrounding area being black.

The colors are mainly black with some purple and silver highlights. The silver really stands out against the black.. The tiny bits of spot color also jump out, namely the red missles behind the cockpit and the metallic orange of the cockpit itself. It's the classic Skywarp color scheme and it looks great, as always.

The robot mode is pretty sharp, and. nicely articulated for a figure this small, though the leg articulation is due to the transformation scheme. Skywarp ends up with some big feet and some bulky arms. The 'silhouette' of the robot is generally the same as the G1 version, with a similar head, missle racks on the shoulders, wings out to the side and cockpit on the chest.

Articulation: feel move forward at the ankles, knees bend on ball joint, as do thigh joints. The elbows bend, but only backward as part of the transformation scheme. The arms are on ball joints so have a good range of movement. The head rotates, thought it's hard to get to.

Skywarp has two weapons that flip out from under his wings. His right arm hides a blade, while his left contains the barrel of an energy weapon. The figure comes with a black Cyber planet key that has a raised Autobot symbol on it, with the code sc5t on it. No box, bio or stats, just a poly bag.

This is a very nice little repaint. Well worth having if you can fine one. 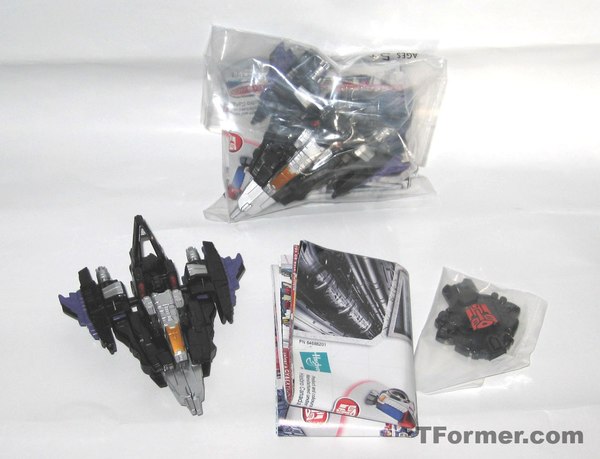 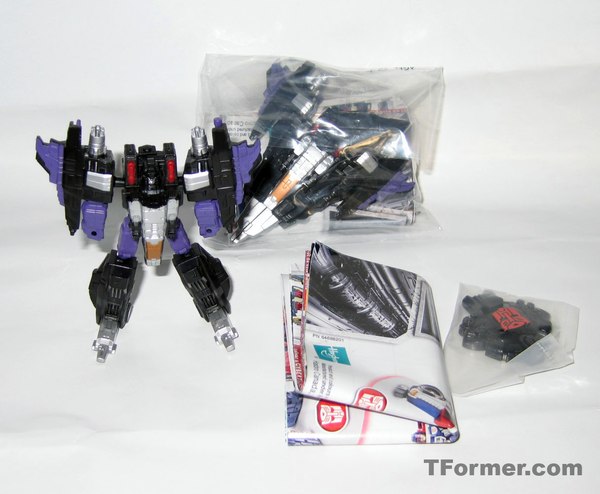 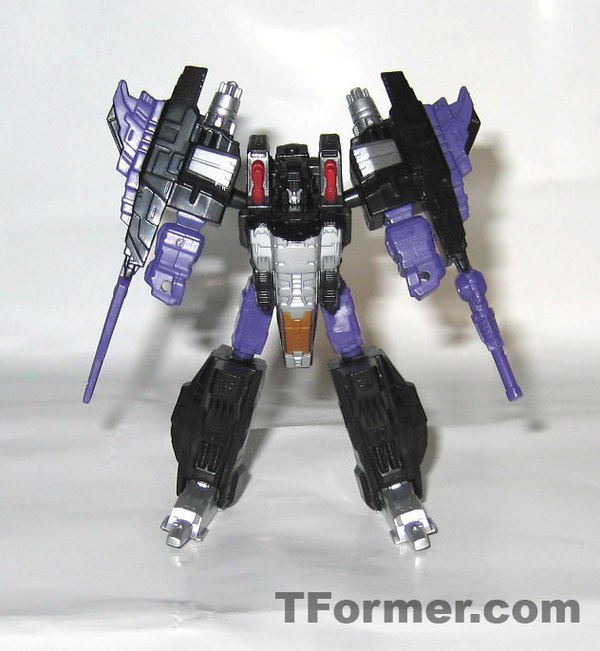 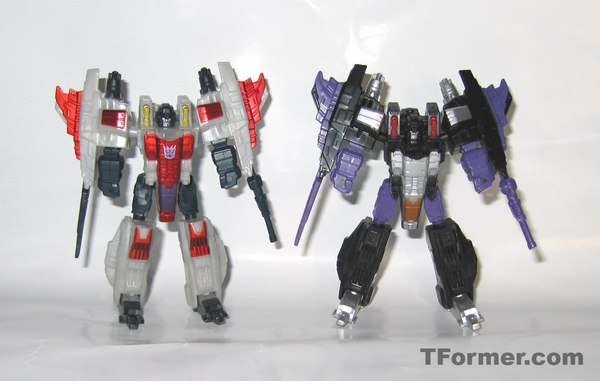 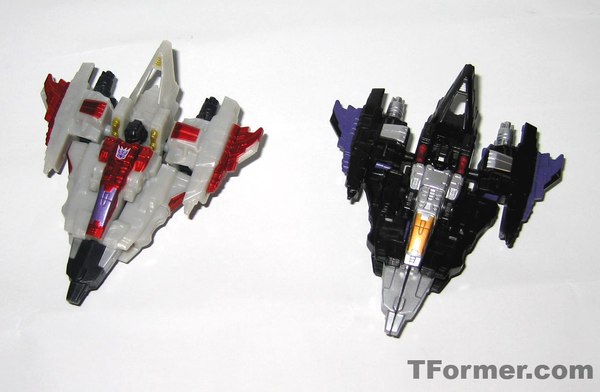