While the Legends class figures have not been held high on a pedestal, they have been a good value since they were priced relatively low ($3.50 retail). However, with the release of the Wave 3 figures, the price has risen to $4.50 retail. Are the newest figures more impressive to justify such a hike? 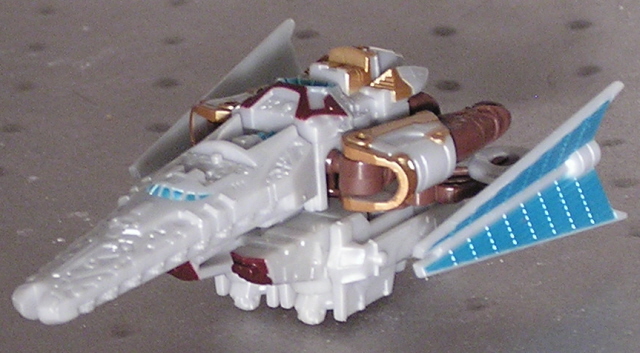 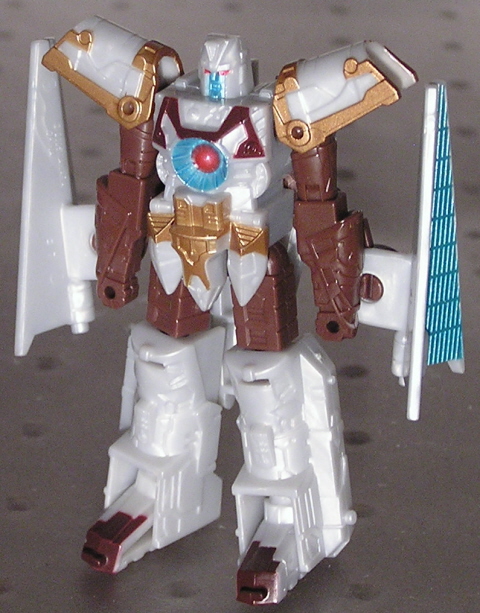 Amazingly, alot of the detail that made him good in his Voyager mold is present in the Legends mold. Although the wings can pivot, the arms they attach to are stationary. He is mostly white with some gold, teal and rust colors present, mostly on the arms and behind the cockpit. Perhaps the biggest detractor from this figure in Alt mode is that his head is COMPLETELY exposed, since it is molded onto the figure and not on a ball joint. It tends to take away from the whole mode. Overall they did a good job on the Robot mode. The wings do not fold on themselves, but that's not a major issue. Due to the size, alot of the gimmicks this figure had (including the sword, missile and minicon) aren't present. If it had a little more color, it would be a great figure for the price... in Robot mode at least. 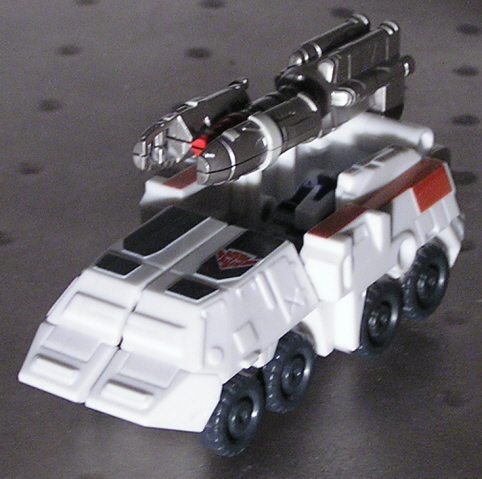 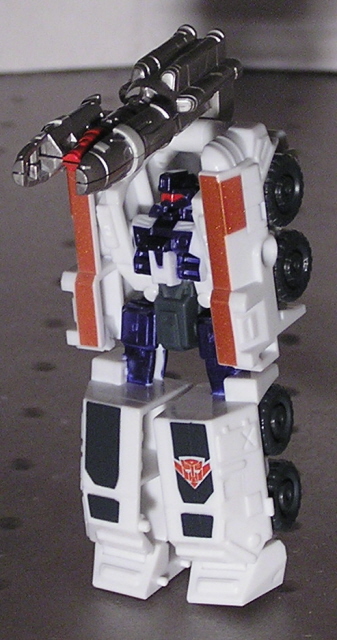 The figure is predominantly white with some orange and cobalt blue trim. The barrel makes it seem like you can acvitate it's Cyber Key mode. This is a half-truth, as the barrel is permanently stuck in that mode. The barrels do not collapse upon themselves to go into normal mode. Also, the whole chest and head of the Robot mode is plainly visible in Alt mode. The barrel cannot slide as in the Ultra mold and is therefore stuck on the right side of the vehicle, further exposing the head and chest kibble. The robot mode fortunately comes off looking MUCH better. He has decent detail in this mode. However, he doesn't sport any of his attachments. 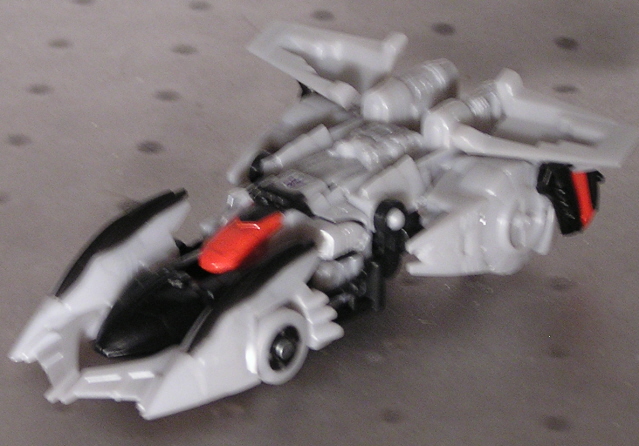 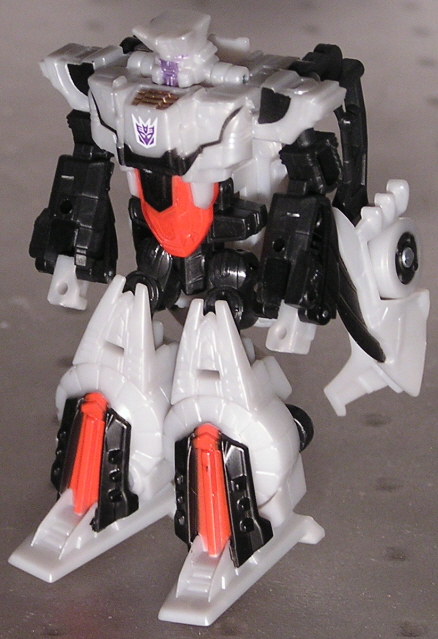 Galvatron is a straight repaint of the LOC Megatron figure released in Wave 1. While the color scheme (light gray with black and orange accents) looks good, it still comes out looking quite plain. Also, he still does not have his jet mode.. only his race car Alt mode. His rear thrusters are molded in, so no Cyber Key functions here. The rear wheels are molded in place with a roller underneath. Like Megatron, the robot mode is more tolerable. His wings, which become his feet, are molded together, so they just rotate 90 degrees into place. The front fenders are also a one piece mold, so they simply rotate back in a half-moon. The horns on his head are molded in place as well. He has some knee joints, but no elbow joints. Therefore, he's in a permament arm bend. Again, no Cyber Key modes to speak of. I am still not sure why they released this repaint. Now that this figure is $4.50, I find it even less inspiring the 2nd time. 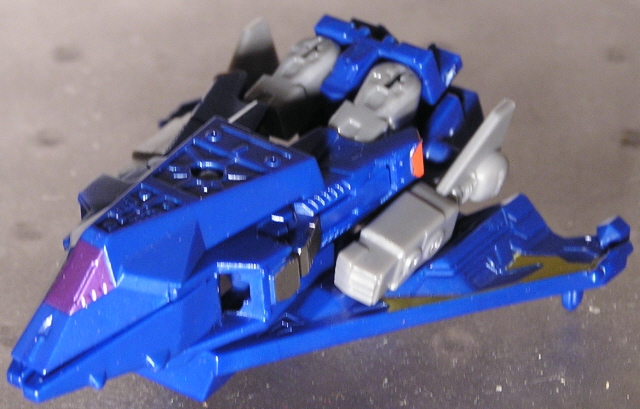 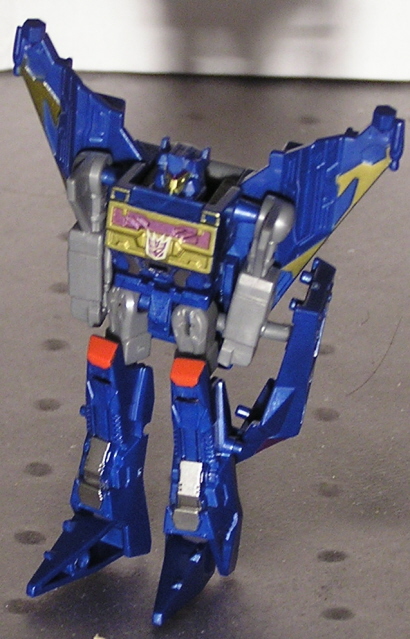 Soundwave's colors are basically the same, which is blue with some gold trim and a purple cockpit. The kibble issue that he had towards the rear in his Alt mode is magnified a bit. Also, all his modules are missing. They could have at least molded them on permanently to the wings. Overall, the Alt mode looks awkward now. His robot mode comes off alot better. He has good knee joints, but straight arms. His chest is permanently closed, but since there is no Laserbeak that is a moot point. The gold on his chest is still there, and the detail in his Robot mode is overall pretty pleasing. One note: Gettting him from robot to alt mode is a PAIN. For one, the cockpit is a seperate peg and can be difficult to line up with the legs. Also, the legs are pretty fragile and you might pop them off the sockets trying to get the leg pegs connected to the body, then trying to get the cockpit pegs lined up. This could have been done a little better.

In conclusion, the figures have gotten worse while the price has gotten higher. Personally, I find that to be completely backwards.