As we start to approach the end of the Cybertron line (just 3 more new figures to go), there have been a myriad of repaints. Probably one of the more anticipated repaints is of Nemesis Breaker. When Megatron reappeared, the dark aura of Unicron's armor enveloped Leobreaker, absorbed his darker side and formatted it into his evil twin, Nemesis Breaker. 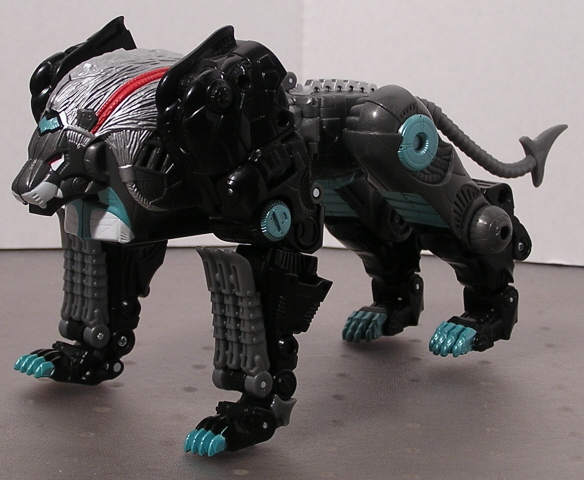 This is somewhat of a departure from the normal "Nemesis" naming, as it has in the past referred to the evil Optimus clone. However, change can be good. This figure takes more of a cybernetic look, with mostly black and gray paint with some red, teal and silver accents. The silver mane especially gives it an ominous look. You can also make out the unique and very cool looking Decepticon insignia on his right shoulder, which is surrounded by biohazard-like markings. There is a button in his mane that, when pushed will move his mouth a little (and with batteries, give out a roar). Pretty much, this is a straight repaint of Leobreaker. 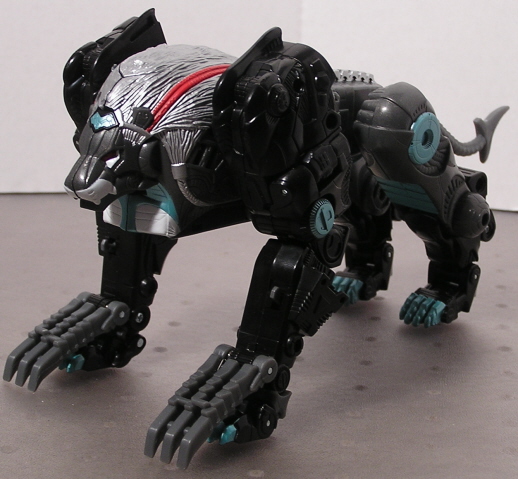 The Cyber Key (which is of Jungle Planet origin, even though he's cloned... go fig) performs the same function as Leobreakers. Inserting the Key in each front leg will flip down a set of claws. Transformation to robot mode is pretty simple. 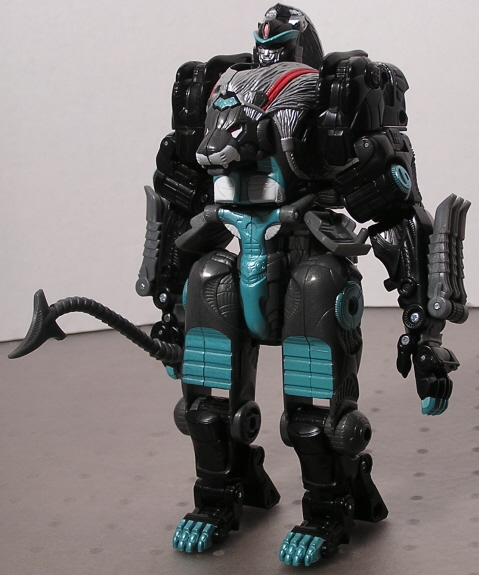 His Robot mode brings out some more teal, mostly on the legs and hip area. Still a nice looking Robot mode for this figure. Everything is the same as with Leobreaker, including the limited head movement and the somewhat disconnected arms. One lament of this figure is that there isn't more twisting range of the legs, as it can somewhat limit his posing ability. 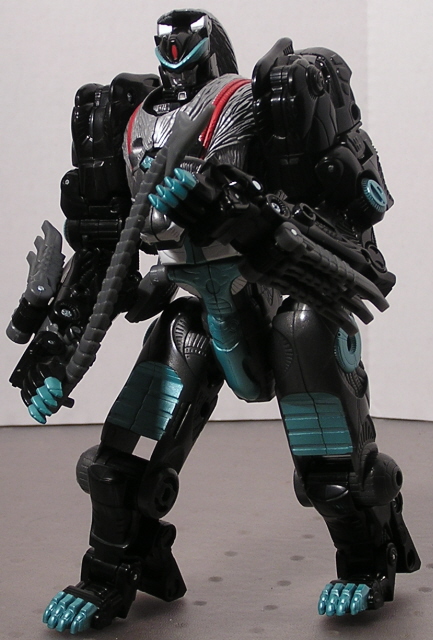 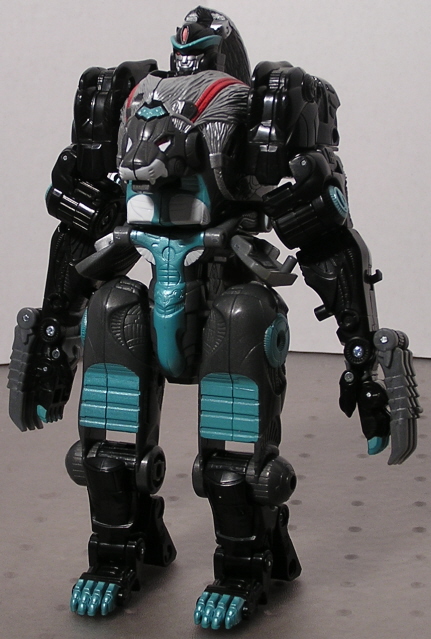 To let either Decepticon leader accept the Dark Claw, you basically lift up his chest, shove his shoulder in it, then contort his forearm 180 degrees. This will expose the port needed for the linkup. The effect is nice, but the bad news is that due to 'tron's loose hip joints it's extremely difficult to get a holding pose in. The legs keep wanting to slide around. If you can get to a point where Dark Claw actually SUPPORTS 'tron, then it can hold. It's too bad, because if Megs or Galv had some stiff joints, this would make the ultimate figure... moreso with Galvatron due to the matching paint schemes. Nemesis Breaker is overall a nice add to the line. A pity he got aced after only 3 or 4 episodes. 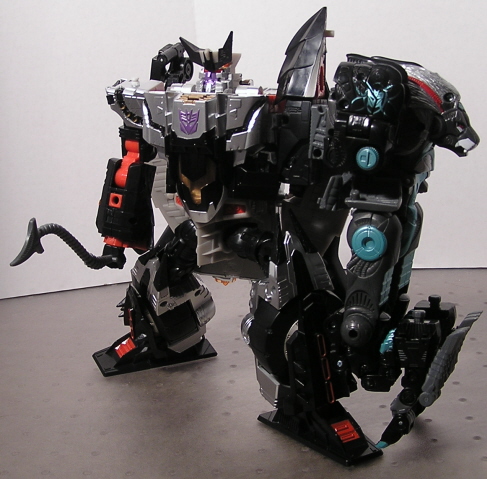