The countdown is now underway. With 6wks before the movie finally hits the bigscreen, the movie figures are now starting to find homes on store shelves. 6 Deluxe class figures are the first offerings being released. This series of reviews will start with Bumblebee. He is the first Autobot to travel to earth in order to gather reconnaissance. 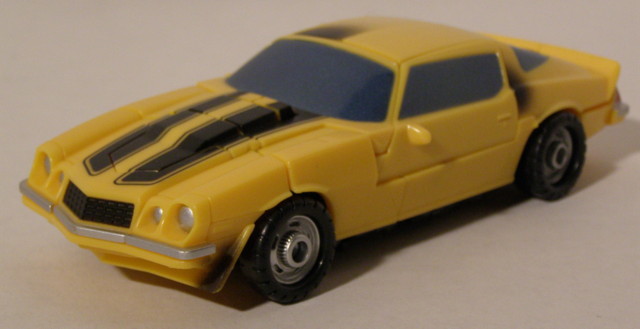 Bumblebee assumes the Alt mode of a 1976 Chevrolet Camaro. He is mostly yellow with twin black comp stripes running on the hood and trunk. The missiles used in Robot mode extrude from under the rear end as mufflers. Bumblebee isn't exactly pristine, either, as there are random signs of wear on the roof, front fenders and rear quarterpanels.

The design isn't exactly clean. Granted, this is a Deluxe figure. However, there are more seams than you can shake a stick at. This includes a cluttered looking hood and a nasty gap near the front of the doors. The tires also look rather cheap and out of place. Overall, though, the design is faithful to the 2nd generation of Camaro.

As with most recent Transformers offerings, there is always a gimmick. For the movie lineup, this gimmick is known as Automorph Technology. There are certain points during transformation where it transforms itself. For Bumblebee, this is seen at the very first step. Press the rear of the cowl assembly and the whole front end flips down. The headlight assembly also protrudes. There is also another instance of automorph in the legs. Once the rear end is flipped up, pushing the backglass down extends the calves of the legs. One last note on the transformation process. When transforming this figure, which is pretty uncomplicated, make sure you fully lock the shoulders in place. Otherwise, the wheels will spin freely. 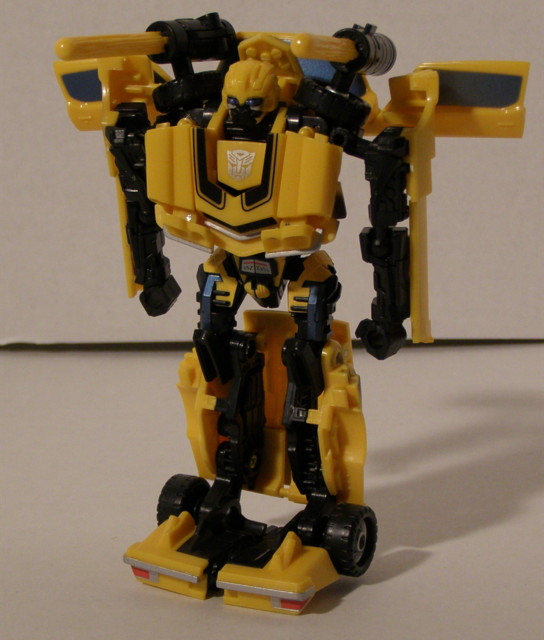 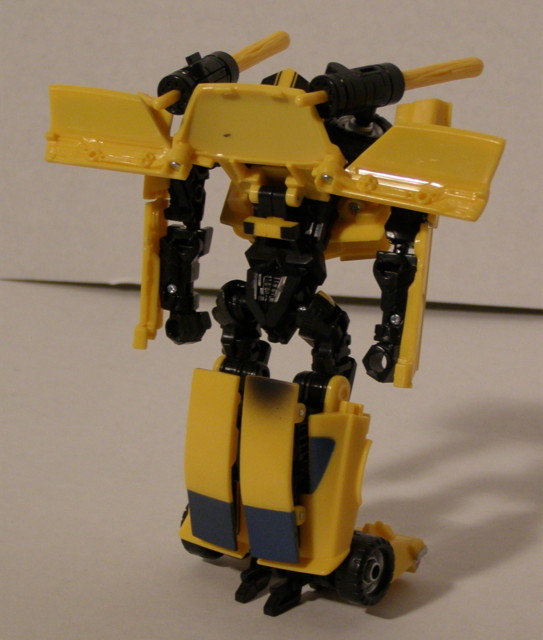 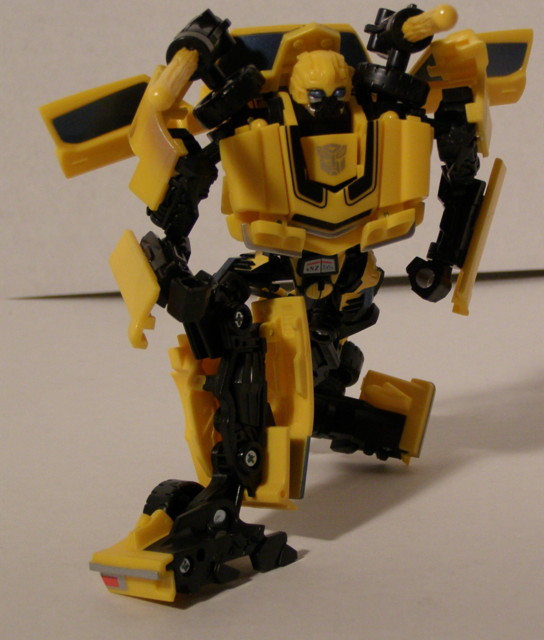 Overall, this is a very nice figure. The seam lines in the Alt mode are a bit of a putoff, and the legs in robot mode are a bit gapped, but overall it is pleasing. Worth the $10 asking price.