The name Jazz hasn't appeared on a TF figure in quite some time. It is now being resurrected for the movie. Jazz is just like his namesake in the G1 continuity. A sports car that is in tune with Earth culture and with unwavering courage in battle. 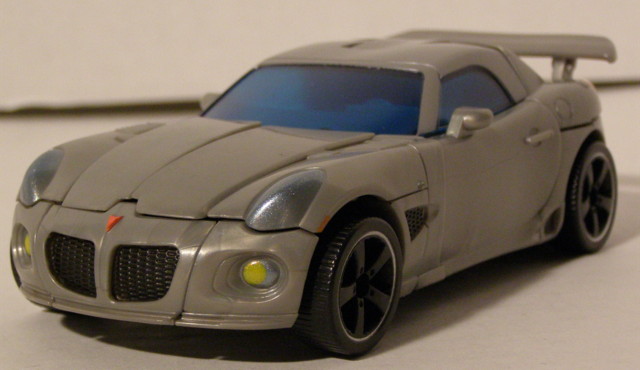 Jazz has the alt mode of a 2007 Pontiac Solstice GXP. He looks silver, but can come off looking beige under the right light. The details are all there, including the air vents behind the front wheels and in front of the rear wheels. The tire setup is an improvement over Bumblebee's. However, the rear end is a mess comprised of exposed joints.

Jazz comes with a weapon that clips on to his rear spoiler. The instructions show the weapon mounting to face back, but it can also be mounted to face forward. This weapon (listed as a sword, even though there is a sight on it) has a 2 stage telescoping feature that extends the blade (or barrel?) to the front windshield.

His transformation is interesting. The whole bottom of the car past the hood swings downward to form the legs. His automorph gimmick is when the roof is flushed against the back, his head is exposed. Transformation is simple, but converting the hood into his arms will throw you at first. 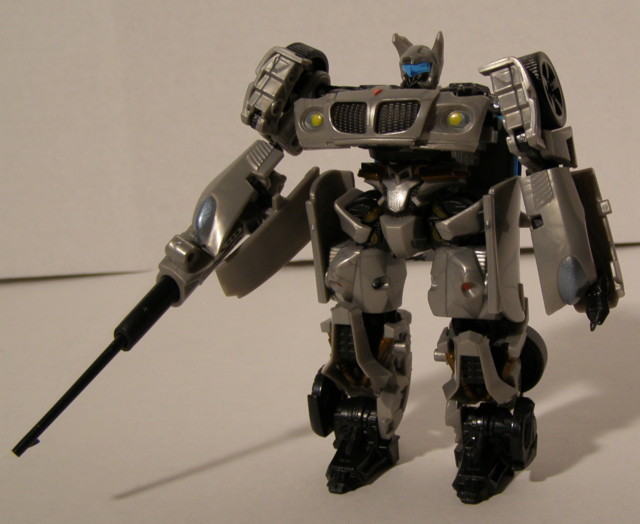 His Robot mode comes off looking short in more ways than one. More color shows up in this mode, including some copper. An Autobot symbol can be seen on his waist. While the blue piping effect of his visor is absolutely wicked, the arms are absolutely hideous. I thought when I saw the first pictures of Jazz that he was mistransformed and that something wasn't being extended properly. I was wrong. He does come off looking short and pudgy. 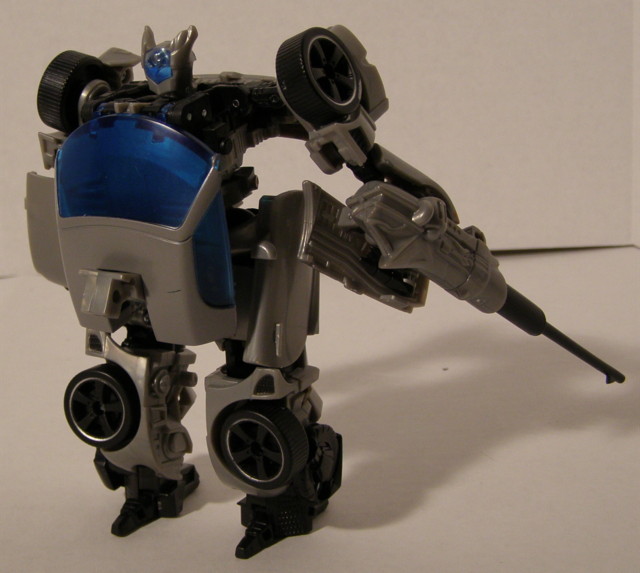 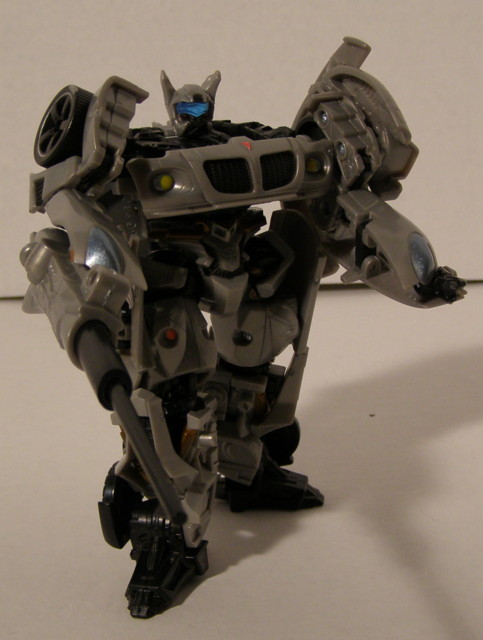 Too bad a Voyager mold won't be showing up on shelves, this one leaves me disappointed. While the alt mode is nice and overall the robot mode isn't too bad, the articulation is at best abysmal. The proportions in robot mode don't do this figure must justice either.