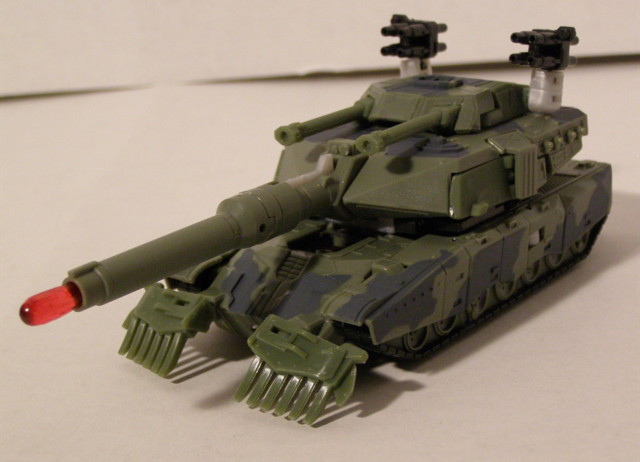 Brawl's alt mode is a military tank. The tank is done in forest camouflage color. The treads are molded, with 4 plastic wheels used for rolling action. The tank consists of a main barrel, plus 2 smaller barrels on top. There is also a pair of missile batteries on the backside. A Decepticon symbol appears behind the main barrel, albeit backwards. 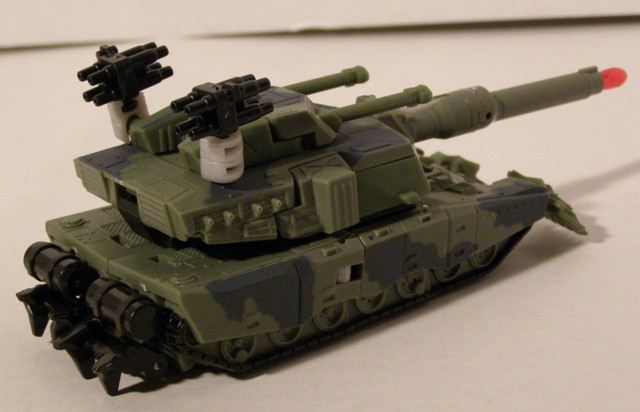 There are 2 sets of turrets. The main barrel turret can swivel independently of the auxiliary barrel turret. Both turrets have full rotation capability. However, the barrels themselves can not be tilted, which is a shame. The missile batteries, however, have more more maneuverability. 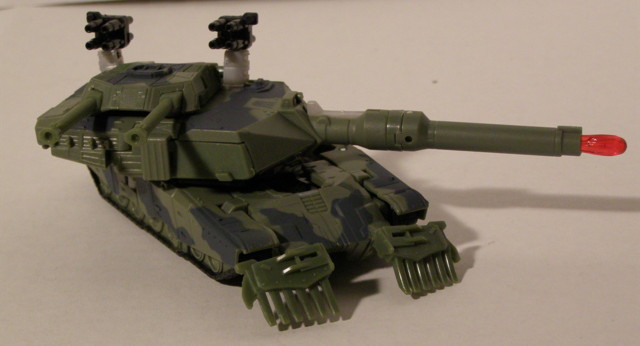 Transformation involves lost of twists, but isn't overly difficult. His automorph feature is pretty cool. Folding the front end forward not only rotates the front treads in a halfmoon, but also pokes out his head. 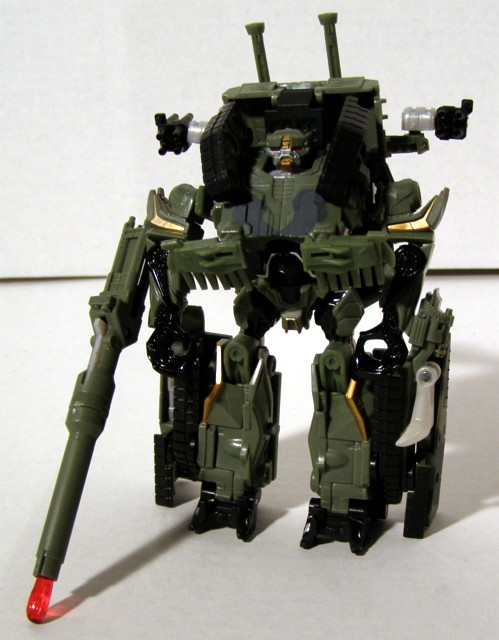 One look at his robot mode and you might wonder if this should have been Megatron. Gold accents appear on the legs, waist and shoulders. The main barrel becomes his arm cannon and a 2 pronged claw rests on his left wrist. Details are done nicely, including the head sculpt. The eyes have red piping. 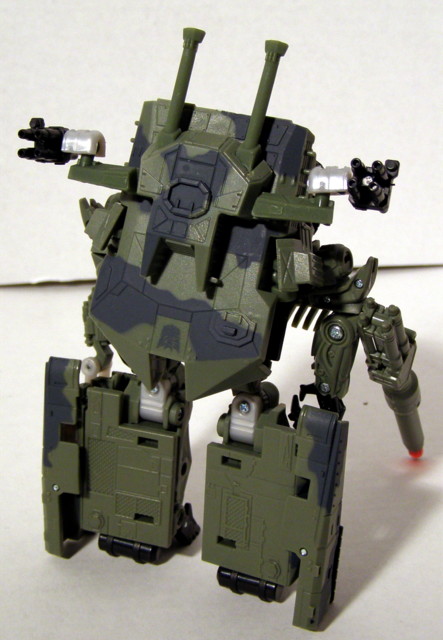 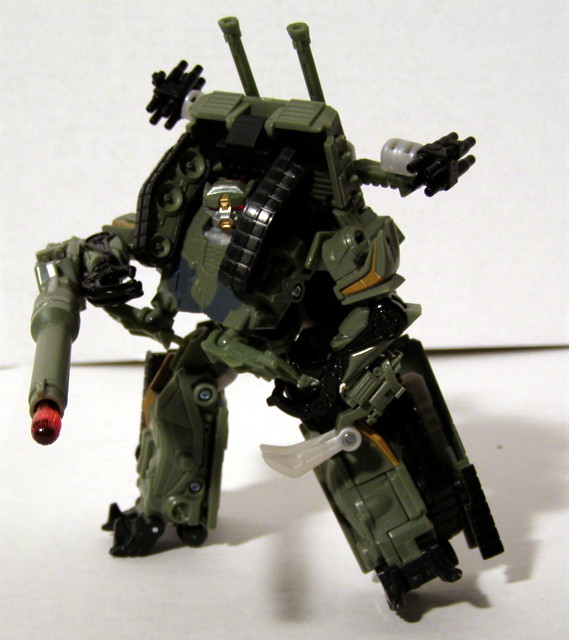 There is one major flaw in robot mode. The pins used to hold the arms to the torso doesn't lock in place very well. The arms have a tendency to sag. That's a pity, because so far this is turning out to be one of my favorites in this line.