For some fans, the only thing going 'right' in the movie is Optimus Prime. He's the Autobot leader, he's a semi and Peter Cullen is voicing him. How does the figure stack up against previous offerings? Is it as 'prime' as in the past? 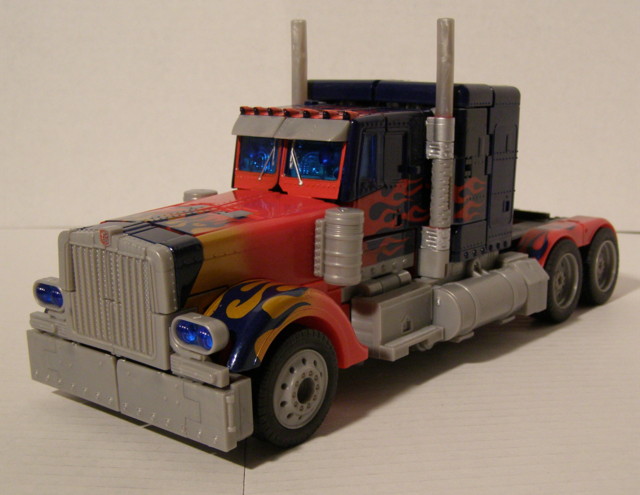 Prime's alt mode this time around is a Peterbilt sleeper model. When word of the movie first came out, a Freightliner Argosy COE was shown. However, this Peterbilt model was chosen so Prime could be larger in robot mode. Prime is a combination of red and blue emanating with a flame job that emcompasses almost the entire tractor. He has twin smoke stacks, with the tips being a bendable rubber (so no one pokes their eyes out, I suppose). 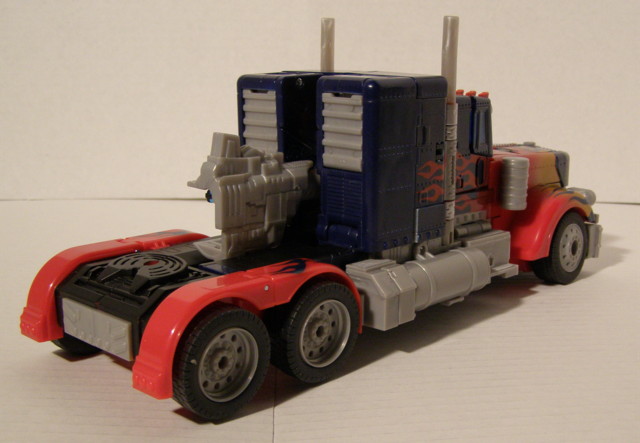 The details on Prime are well done. You can see the gas tanks (which also house the AA batteries that are included with the figure), 5th wheel and clearance lights on the roof. The clearance lights, as well as the headlights, are a blue translucent plastic. There is a button on his roof that, when pressed, will sound off an airhorn as well as light up his windshield. For an electronic nuisance, it's actually fitting and the airhorn is believable in sound. 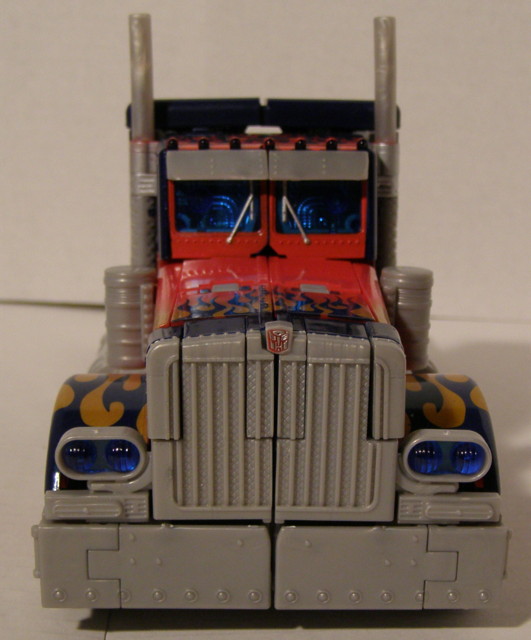 Note the Peterbilt logo being replaced by an Autobot one on the grille. One thing I wish they would have done is had more chrome or silver apps on areas like the grille or stacks. Would have looked more authentic. Nothing a little chrome foil or paint can't fix though. Overall, Prime has a very clean look.

This is one time consuming piece to transform... but it's so fun! Prime actually has 2 automorph features. Pull the bumpers apart up front then swing the bumper pieces back and his feet will form. Also, towards the end of the transformation, pulling a lever gets you a nice little side show. The windshield will split apart to form his chest, his head will pop up and you get a little sound and light show out of the deal. His chest and eyes will both light up and a little tune will play. 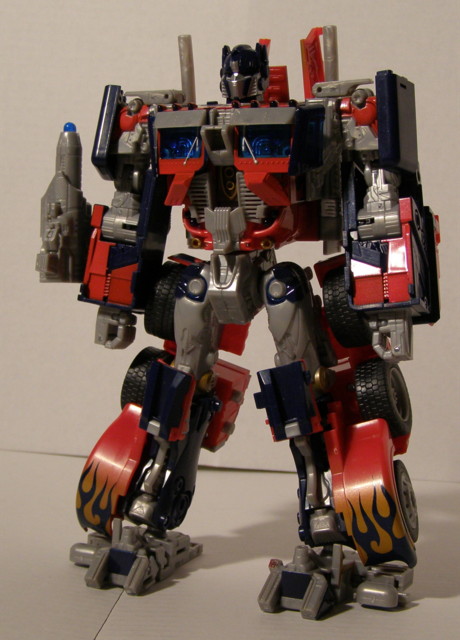 This is definitely one of the most outlandish Primes out there. The scattered red/blue color scheme remains and gray pops up in more places. Of interesting note is that the Autobot logo now appears on his left foot, a result of the automorphing feature. The head sculpt is definitely Prime in nature. While it doesn't feature piping, there is the aforementioned light show. 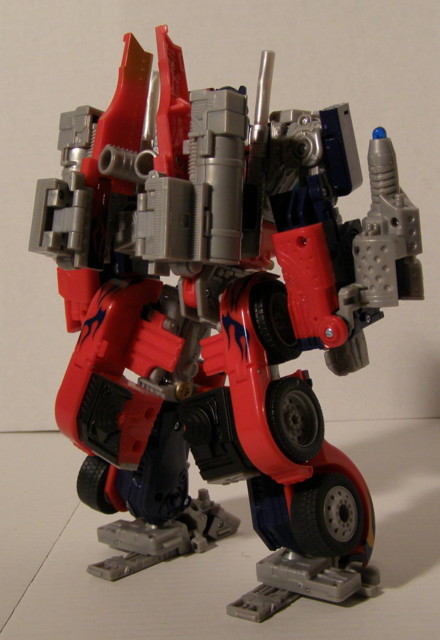 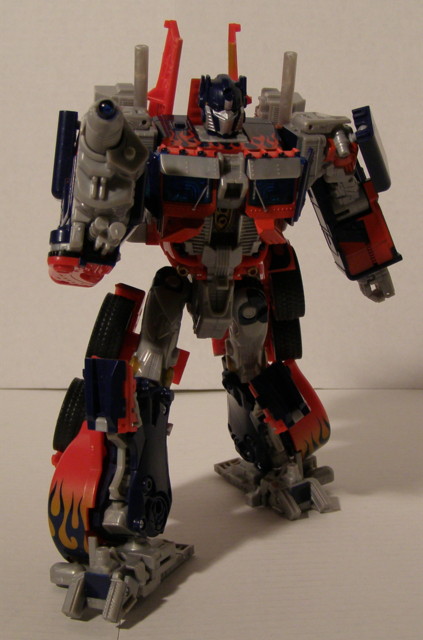 One other feature Prime has is if you slide a lever under his right forearm forward, the ionic blaster mounted on his forearm will swing around and cover his right hand. I am not sure how well it works, as mine needed help in completing the swingaround. While not the perfect Prime, this is nonetheless a breathtaking figure that is worth the $45 retail pricepoint being asked for it.