The latest Deluxe figures are now trickling into stores and being taken off the pegs faster than you can jump in your car it seems. I must have went to 10 area Targets, Walmarts and Toys R Us stores and only found partial stock of the latest wave at ONE store. Sadly, New Bumblebee is looking to be a scavenger hunt from hell. While I track that one down, here is Dreadwind, one of the drones featured in the TF console game.

Dreadwind is modeled after the F18 Hornet jet. While not exact, there's enough styling cues to draw similarities between the two. The paint scheme is ocean camouflage. There is also some purple in some spots, including the Decepticon logo on the tailfin, which is in contrast to the mostly silver faction symbols found on almost every other figure.

Dreadwind comes with 2 missiles that plug into his engines. The missiles are a flame accent, so when inserted it makes the jet look like it's flying. It's a nice touch from some of the other under par attempts at making the missiles look active. 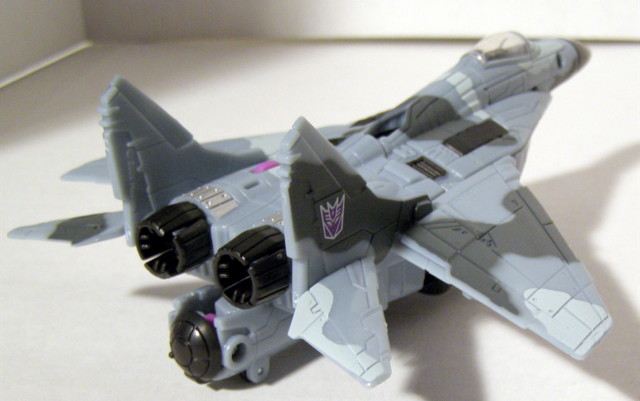 As seems to be the curse lately, there is an enormous belly on the alt mode. There is also 2 wide wheels at the center of the plane. This makes the figure somewhat unbalanced when trying to display, especially if the surface isn't flat. It also takes away from the aesthetics a bit. Transformation is a bit involved. Be careful, the instructions aren't too clear about the first step (expanding the fuselage) and the joints on my figure were surprisingly tight. 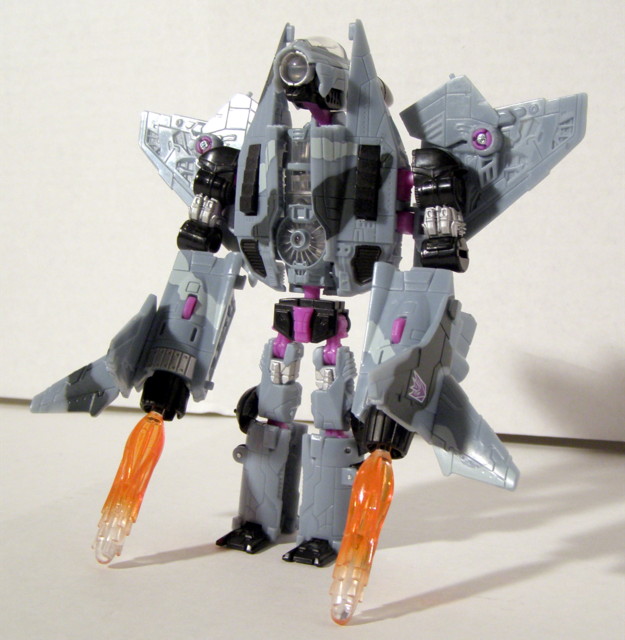 Perhaps the Decepticon Air Force should be called the Ape Force. Dreadwind follows Starscream's design cues of small legs... huge shoulders... long arms. The arms are designed like Armada Thrust, to where the tail assembly becomes the arms. This makes use of the missiles but looks out of place otherwise. The head is nothing but a camera lens, as with Swindle, the other drone introduced so far. 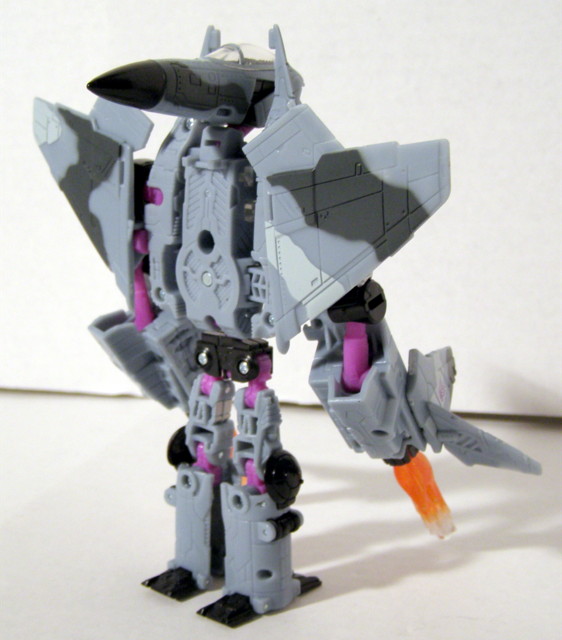 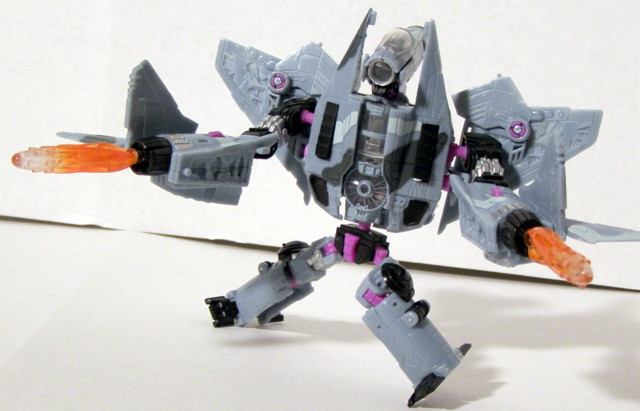 I am finding a pattern in the figures for this line. The alt modes are very accurate in terms of earth type vehicles. The intent is there, the thought is there, but the execution of the robot modes is very questionable in terms of articulation and overall design. Dreadwind is another example of a figure best left in it's alt mode. The robot mode is abysmal at best.