The first wave of basics featured a redeco of Energon Arcee as... well... Arcee. Now, with the newest wave of Deluxes we get... Deluxe Arcee. Why we're getting two similar yet very different designs with the same name in the same series is beyond me. At any rate, this review covers the Deluxe mold. 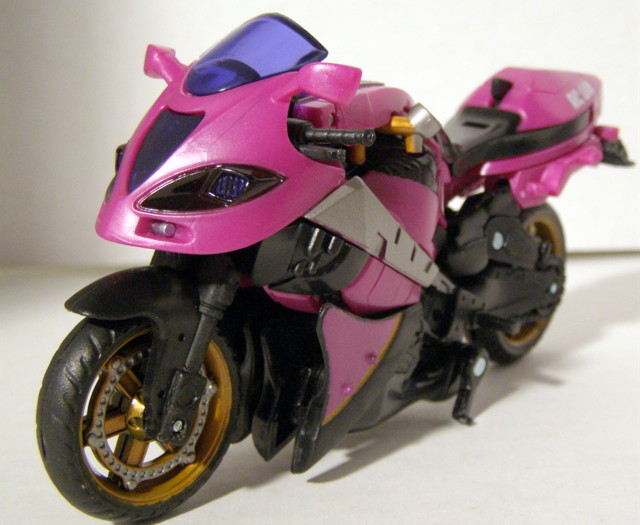 At first glance, it looks like the Deluxe alt mode is identical to the Basic version. However, there are several differences. Obviously, the paint schemes are different. This mold uses a lavender paint scheme with black accents and gold rims. RC1100 is scripted on the fuselage. One could assume this bike has an 1100cc motor in it, following normal nomenclature on a bike. Notice the kickstand to hold the bike upright when parked, a welcome detail. 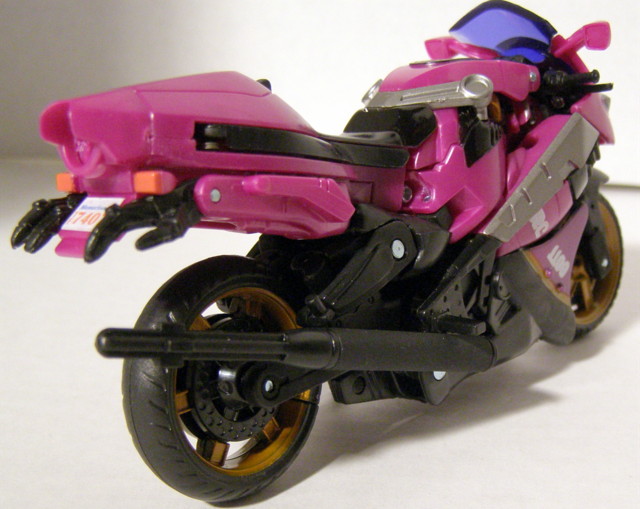 Also notice the single exhaust pipe on the right versus the dual pipes on the Basic figure. This pipe becomes the missile for the weapon. For the most part, this version is cleaner looking. The only kibble noticeable are the hands by the taillight. Transformation is similar to the basic figure albeit a couple of differences. The head is hidden below the seat of the bike. The seat flips out to expose the head and the seat folds back to become the chest. Also, the rear wheel now splits in half instead of the tread separating. 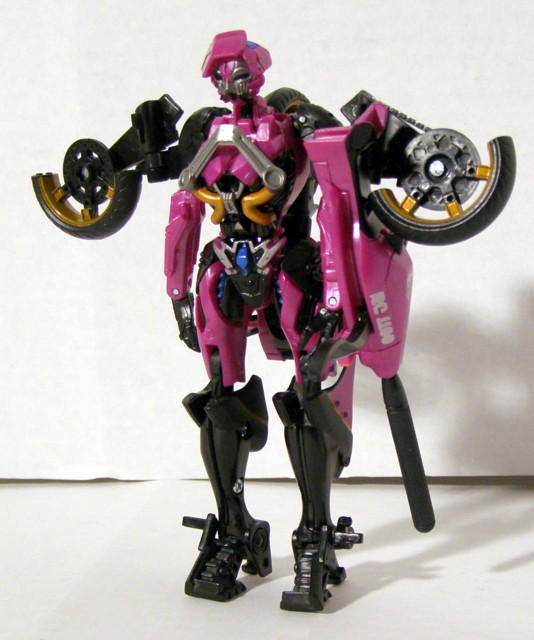 Arcee definitely shows improvement over the Basic mold in robot mode. The arms actually look like arms instead of a back end with stick hands as an afterthought. The black and lavender scheme remains, but more blue now shows up. The back end of the bike becomes a crossbow. To insert the missile, you have to first pull back the bows then insert the missile. The crossbow is more proportionate to the figure this time around, which makes it easier to pose. 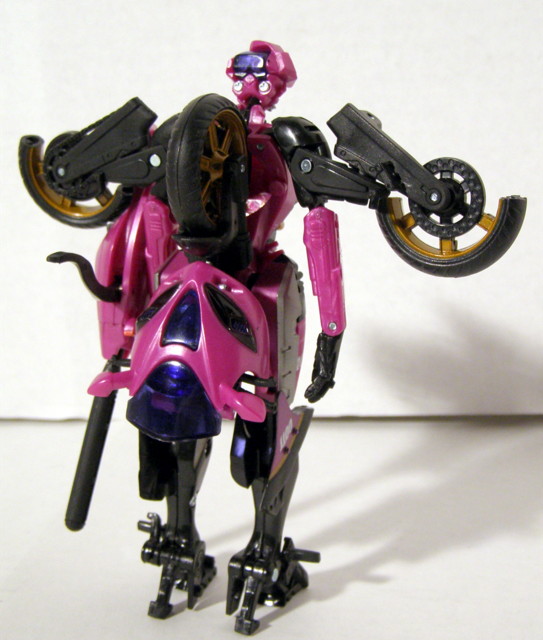 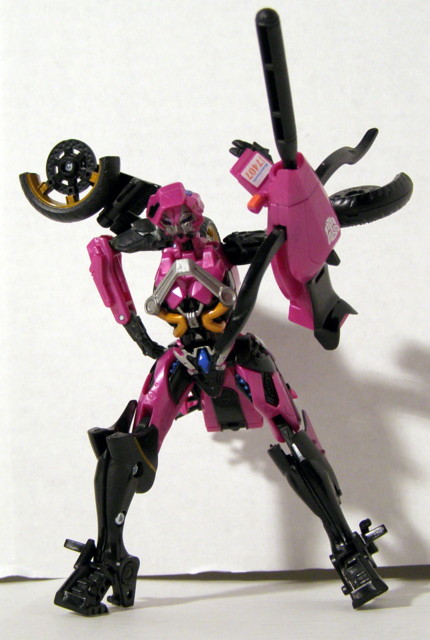 The thing that has thrown most people on this figure is the head. After looking at it, I came to 2 conclusions. Either it's Brawl's rebellious sister or a distant cousin of Rosie the Maid robot from the Jetson's. Despite some small shortcomings, this is a very welcome improvement on the Basic Arcee mold.