It's taken a few weeks, but slowly the newest wave of deluxes are finally hitting the shelves. Payload was the first of the new wave to be reviewed. This review will focus on Longarm, an Autobot whose only desire is to be helpful. 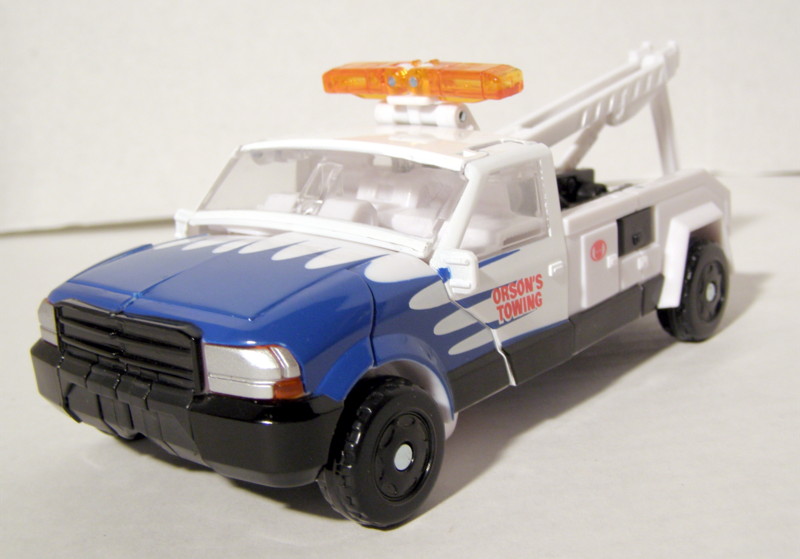 Longarm is disguised as a tow truck in Alt mode. The cab used for the tow truck resembles (loosely) the 2000-2002 Chevrolet Silverado pickup. Mostly white, he sports a blue flame job on his front end. There is also a black grille and ground effects. The doors are scripted with Orson's Towing in red. There is also a small Autobot insignia on either side of the quarterpanels. Above the roof sits an amber lightbar. Longarm also has a functional wrecker hook that can swing up and down. The wrecker boom has marginal lift (about 15 degrees). 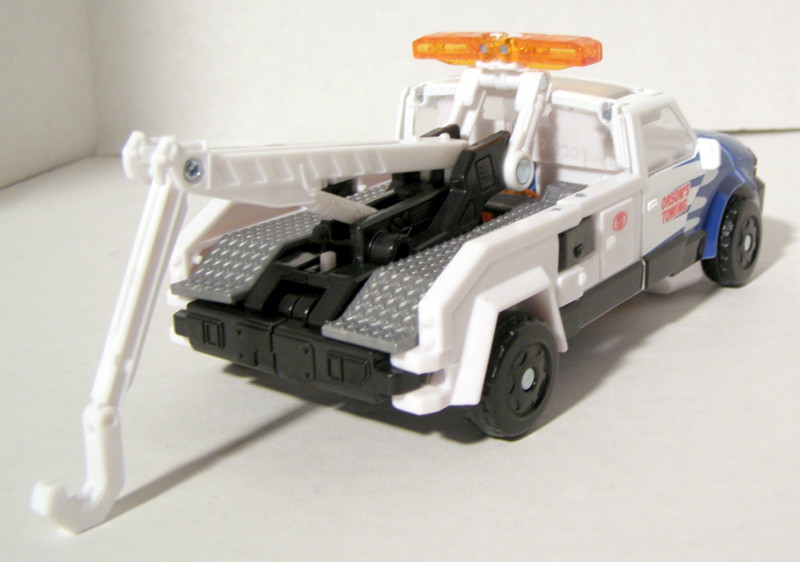 The wrecker bed is done in the same plastic as Payload's ground effects, with the steelplate look. One fault of the alt mode is that the front end doesn't seem to sync up very well, preferring one side or the other. It's almost impossible to get the entire front end balanced looking. Transformation is a little involved but not frustrating. 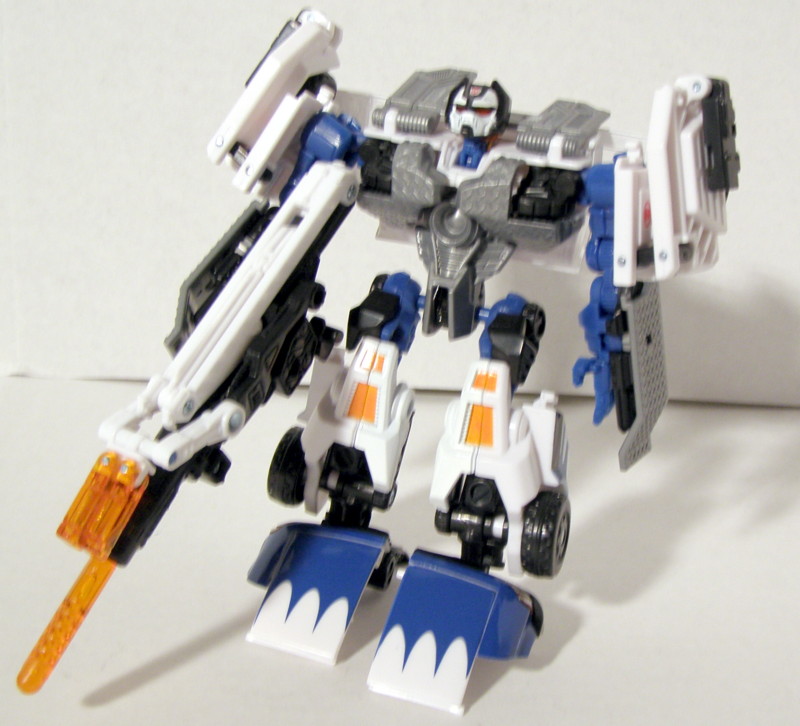 Payload retains the white motif with some added flair. His chest is almost entirely covered with the steelplate looking plastic. Some orange shows up on his thighs. His head mostly resembles a hockey mask, white with black outlining. The eyes are piped in orange. An Autobot insignia rests on his forehead. The wrecker assembly becomes his weapon, complete with a launchable missile. However, the weapon is permanently pinned to his right arm. Guess that's one way to insure the accessories won't get lost. 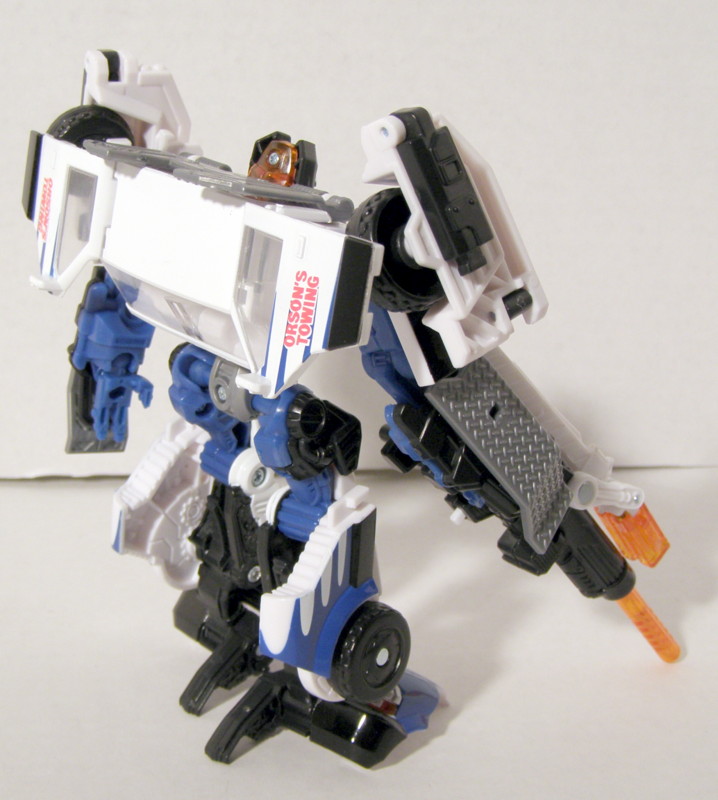 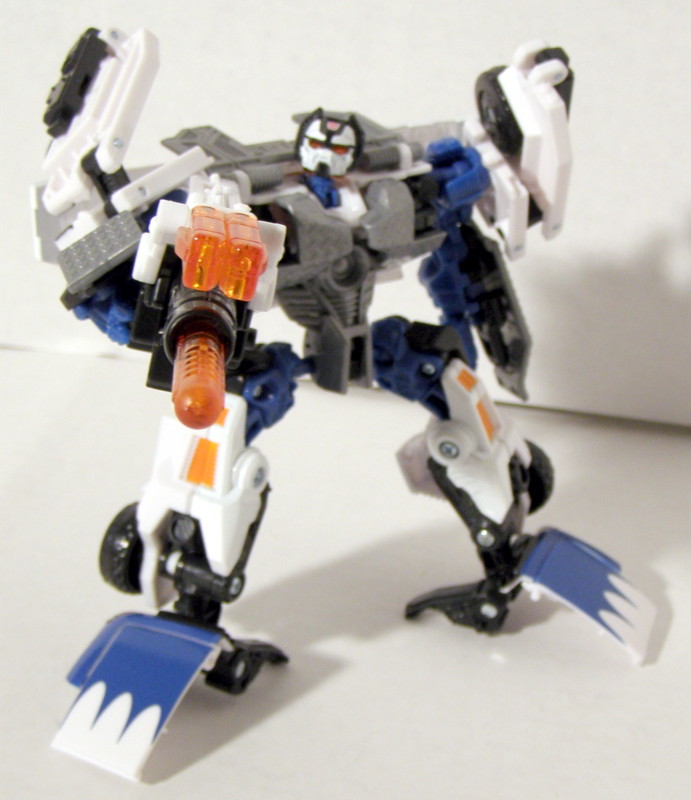 This is perhaps the best non-movie figures next to Wreckage. He might have surpassed Wreckage if that front end in alt mode came together better. One note to remember. When transforming back to Alt mode, make sure the wrecker hook is unclipped from the weapon. It can hook in and cause mistransformation of the rear end.