It's nice to know that amongst all the myriad of repaints of current and older figures we'll be seeing in the next few months that there will be some original molds out there. Landmine is one of those molds. This Deluxe class figure was technically not in the movie, but any original mold right now is pretty welcome. 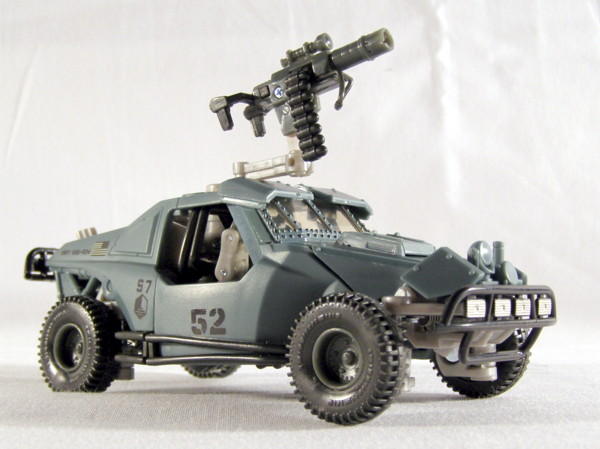 Landmine has been given the alt mode of a Sector 7 dune buggy as seen in the movie. The color is sort of a greenish-blue with various bits of black armor and PVC gray showing. Details are plentiful in this mode, starting with the chain gun mounted on the roof. The gun is removeable and aim able, with complete rotational ability and 75 degrees of upward tilt. The S7 insignia appears in several places on the vehicle, as well as a prominent black Autobot symbol on the nose. The number 52 is in numerous spots, which is the ID number for the vehicle. The US flag is also present on the quarterpanels, but is a mirrored image on the left side.

You can also catch a pair of seats in the cockpit. Perhaps the best piece of detail is on the wheels, which are spring loaded. They have a good deal of travel, and combined with the high ground clearance can make this quite a useful roller over rough terrain. Transformation of the figure is pretty much a snap. For those who might think the rear wheels become an issue, if you transform the figure correctly the wheels lock in place courtesy of a peg behind his lower leg. 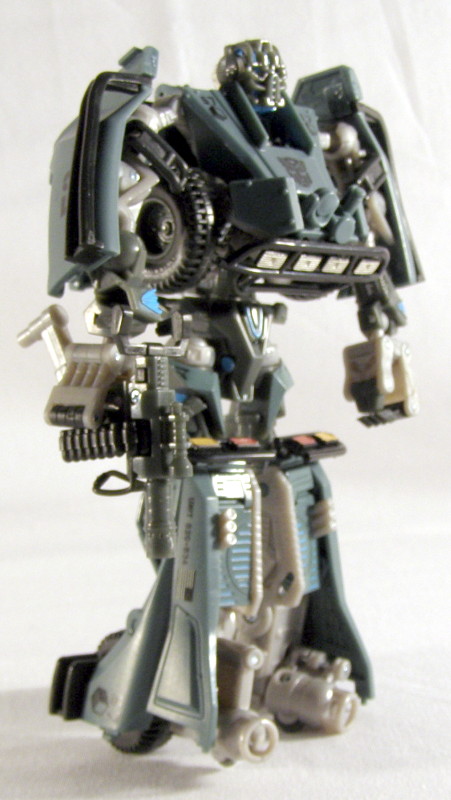 The robot mode is very well executed. Along with the previous color scheme, the 'allspark' blue shows up in various areas. The chain gun mounted on the roof, in a rarity for this series, becomes his handgun in robot mode. The head sculpt is somewhat reminiscent of Bonecrusher's, but looks more like a mask than a pumpkin. Contrary to what it may look like, there is no light piping. That is a painted blue face behind the mask. Another interesting point is that the seats become his hands. 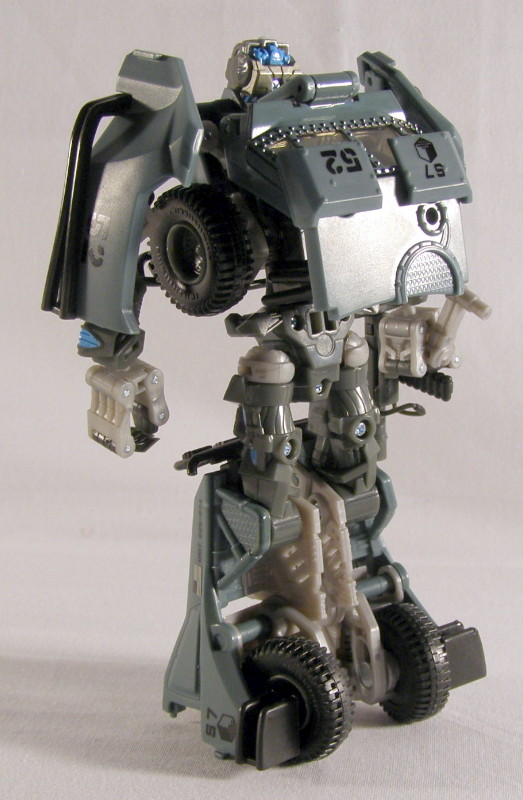 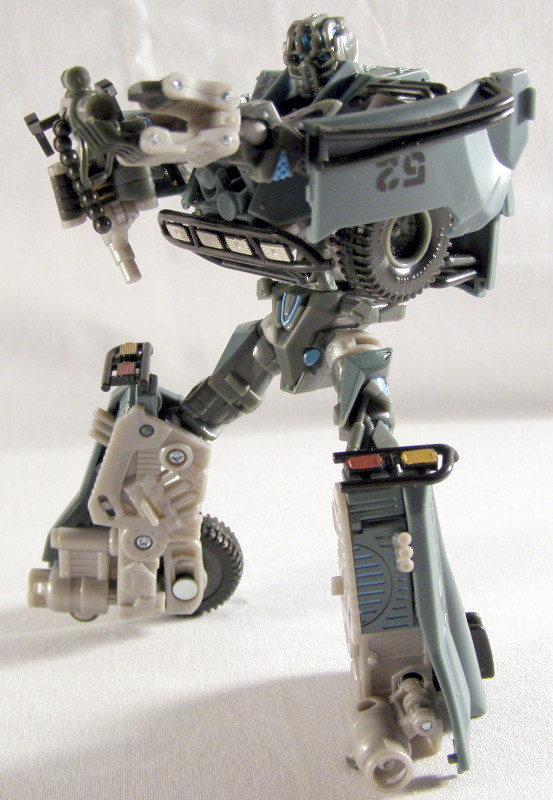 For a $10 retail pricepoint, you get alot for the money. Certainly the best Deluxe mold out there and definitely worth the hunt. Supplies are slowly trickling out, so be on the watch!