The Allspark Power line of movie based Transformers is in full swing, but this review will cover the last of the original mold figures being released. From here on out, it's all about the repaints. This review covers the only other new Voyager class figure, Incinerator. 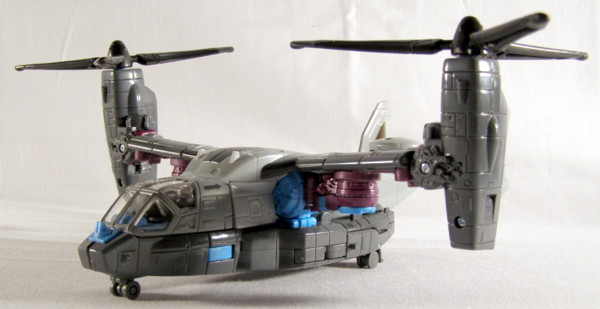 Incinerator takes the shape of a V22 Osprey aircraft. He is mostly gray in appearance, with the Allspark blue tint showing in the nose and over little spots. There is also some burgundy and black showing. The cockpit windows are clear, and on the top of the fuselage one can spy a Decepticon logo. There is also a sonar dish near the tail.

The sonar dish has a gimmick attached. Pull the dish back and both propellers will spin. This is regardless of whether the propellers are positioned on their vertical or horizontal axis. Oh yeah, by the way, the propellers can be positioned for VTOL (Vertical) or cruising (Horizontal) duty. Incinerator also features realistic 3pt landing gear that is retractable. Transformation is simple. Just take care with the legs, as the various pieces like to pop off their pegs. As you swing the cockpit to form his chest, the glass splits to reveal his Automorph feature. Make sure you "clip" the cockpit to the waist to complete the process. 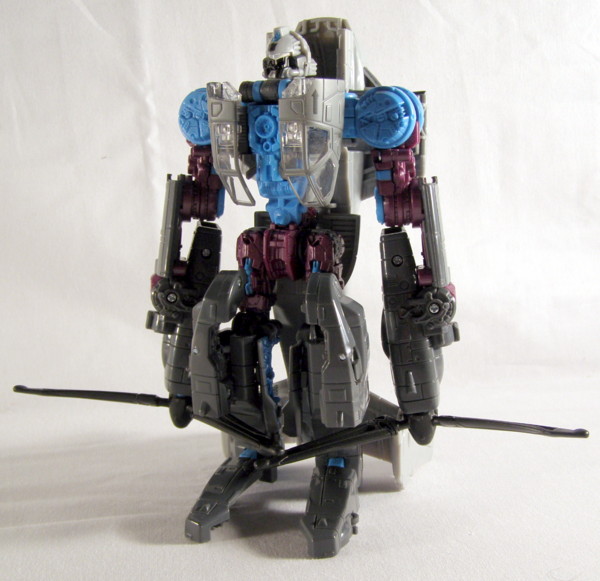 More of the Allspark blue and burgundy shows up in robot mode. Can't say the colors do much for him. The propellers form his 'hands'. Sadly, the props aren't hinged, so you can't even get a pseudo-claw look. His head sculpt is more traditional looking, unlike most decepticons. His visor has clear light piping. Overall, not a bad look once you get past the garish colors. 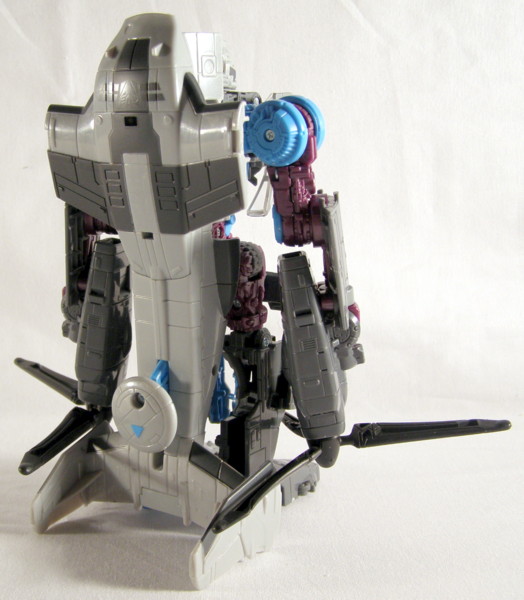 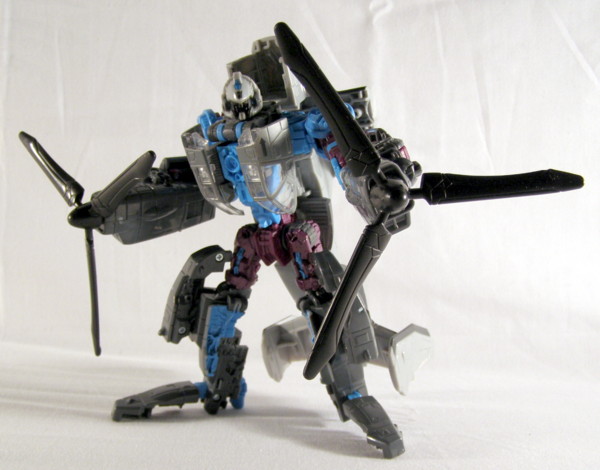 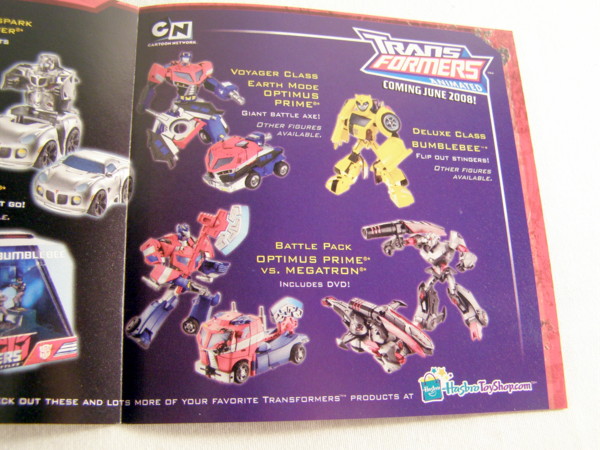 A new insert has been included in the packaging, which confirms that Transformer: Animated figures still have a street date of June 2008. According to the leaflet, the first wave will feature Voyager class Earth Mode Optimus Prime, Deluxe class Bumblebee, and the 2Pk Optimus Prime vs Megatron Battle Pack. Other figures will also be available, although those figures are not named.