The original Classics Megatron didn't really impress me, no thanks to its color scheme. It wasn't until I got a bootleg that I really appreciated the toy. Hell, lots of people swear that the bootleg is much much better than the original, just because of the lack of purple and green.

Then we all saw the cool custom by jin saotome, and people started painting their Classics Megs in G1 colors.

I, on the other hand, contented myself with the bootleg. I just erased some paint here, added some wear there, and yeah, it worked good. After all, the original Classics Megs is pretty hard to find here in Manila, unlike Classics Prime. And with the price Classics Megs is going for nowadays, I just can't justify repainting an original one, specially with my n00b skillz. :D So yeah, I was happy with my bootleg Megs.

A few months later, the Henkei version appeared. And man, was I drooling. Here was what Classics Megs should have been. And yeah, sure, there were still some weird things going on, like the chrome chest plate, but hey, this is badass.

And so, I promised to get one. I still don't have an original yet, and if this toy reaches Manila with a price tag well within reach of my meager budget, I'll definitely have an Emperor of Destruction in my collection.

Which brings us to this afternoon. The day as going well. The day was good. The workload is light and I can take the afternoon off. I texted a friend if he wanted to hang out at the nearby mall, and after confirming our skeds, off I went.

The guy was going to a local hobby shop to pick up an SDF-1. I went with him, all the while talking about the Henkei robots, and I saw this on the shelf. 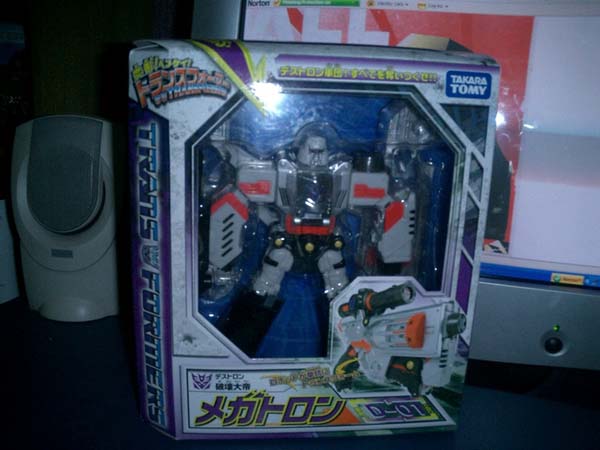 I checked it out, and saw the price tag- waaayyyy affordable than the going rate for Classics Megs! :D

So I got a couple of Henkei robots, one of which is Megatron. :D

Unlike the Classics where the Voyager robots were displayed in their alt modes, Henkei Megatron is packaged in robot mode. 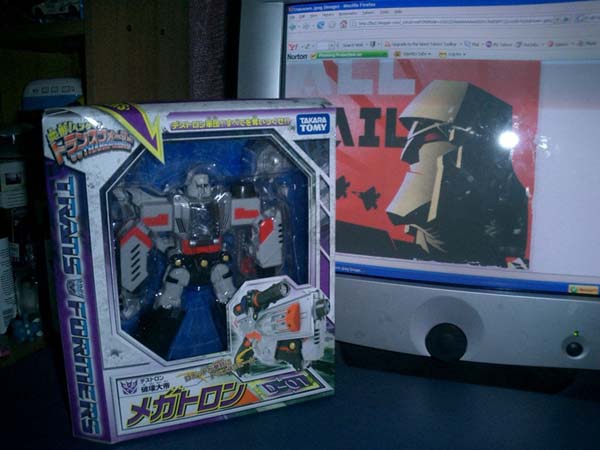 The back of the box is very cluttered and very busy, showing some tech specs, and the toy's features. 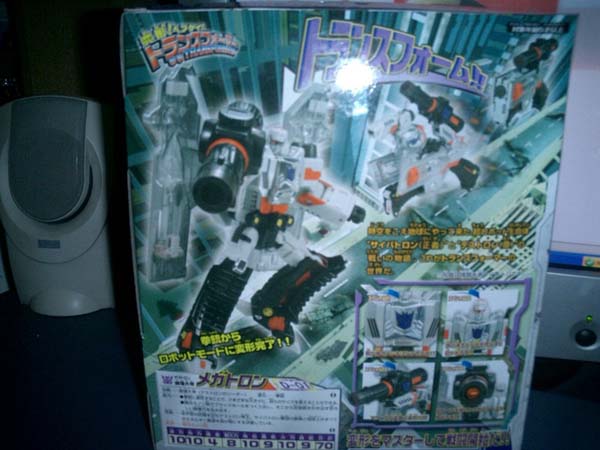 Packaged with the toy are the manual, a tech specs card, and the mini comics. 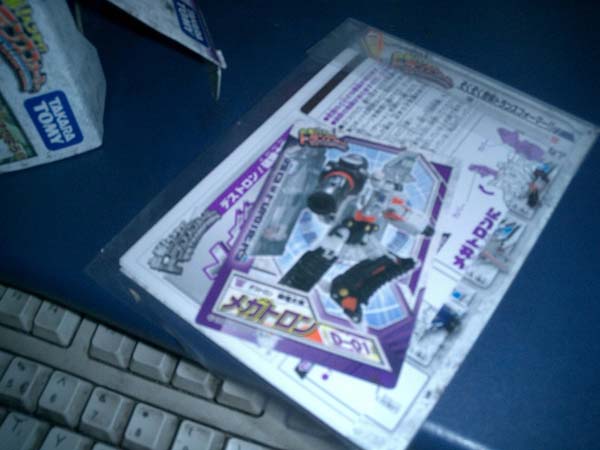 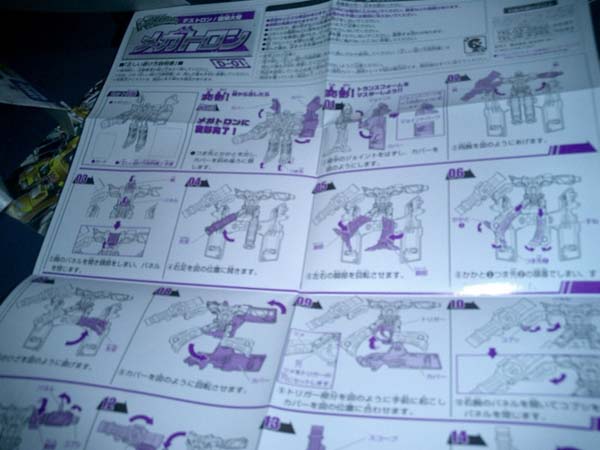 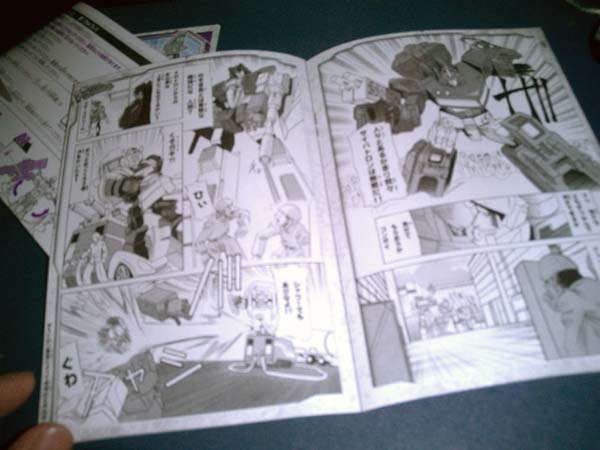 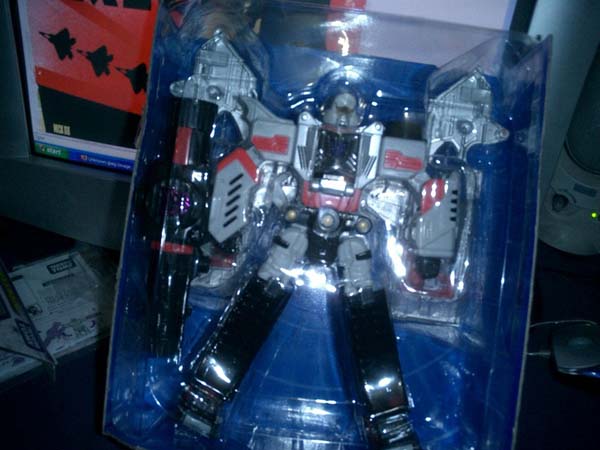 The good news is that there's not a string of those irritating twisties anywhere! 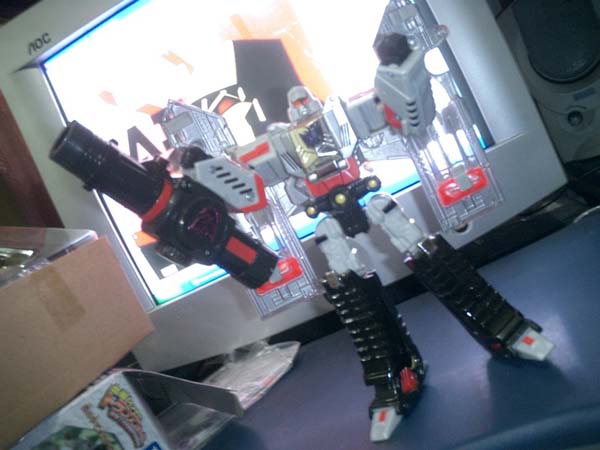 This is the first time I've handled this toy with reverence. The first thing I've noticed is that this feels heavier and more stable than the bootleg. 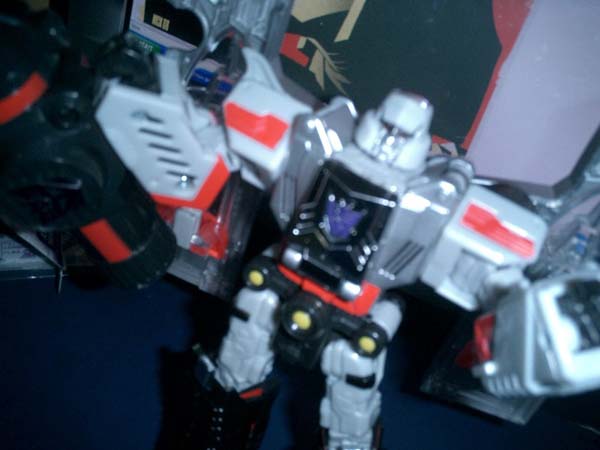 The chrome chest piece really bothered lots of fans when the preview pics came out, but it really is no big deal. The only problem I see here is that the chrome piece easily gets smudged by fingerprints. 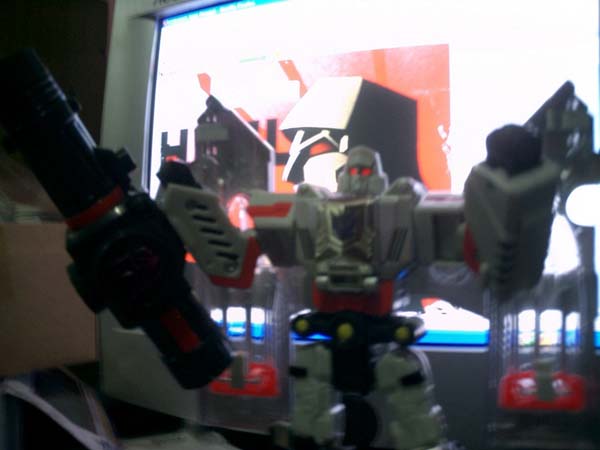 Henkei Megatron has red light piping in his eyes. Man, it looks awesome...

Posing Megatron is a bit difficult because of the wings. The wings aren't easily detached like the bootleg version.

Transforming Megatron between modes is a bit tricky. He may be a shellformer, but that shouldn't be a reason to underestimate this toy. The plastic is very solid and stable, though, and that really helps in moving these parts.

Now, the alt mode is always criticized for looking like a Nerf gun. Nothing different here, except that the silver colors make it easier to look at. Red highlights in some areas seem a bit overdone, but at least, the gun's tip is not orange, right? 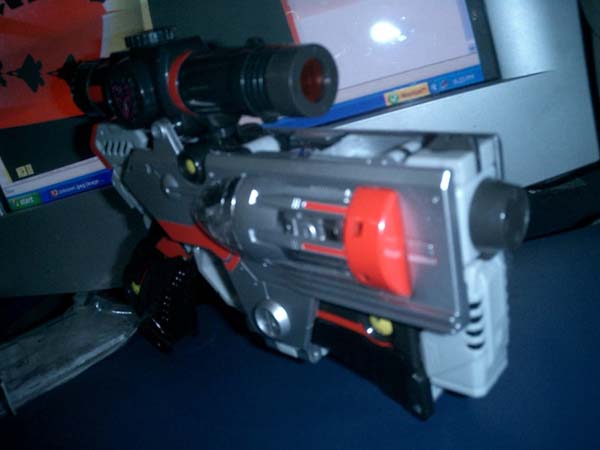 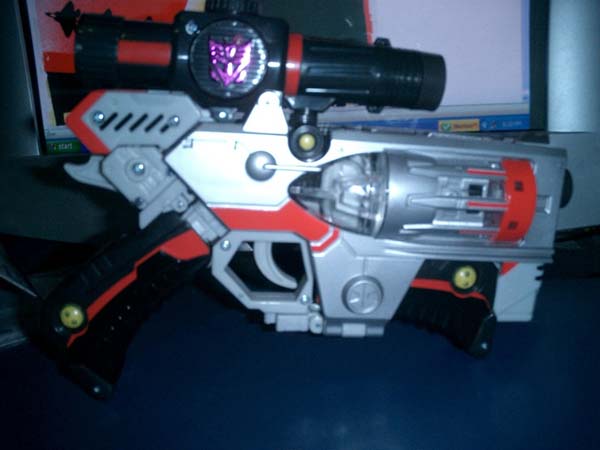 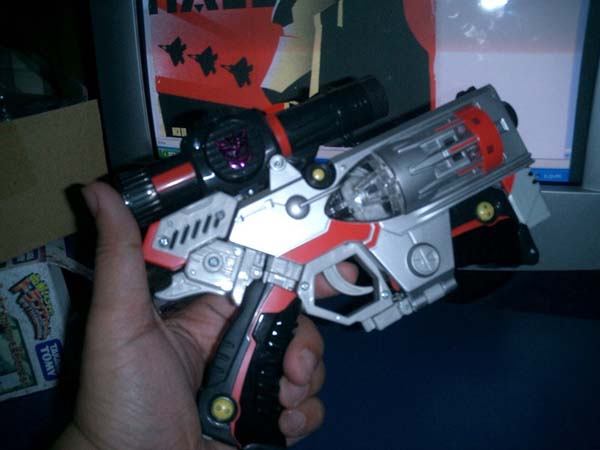 I'll go for Robot mode. Gun mode is pretty handy, but Robot mode is where it's all at.

- stable in both modes

The Emperor of Destruction is back! If you don't have Classics Megatron yet, grab Henkei Megatron! 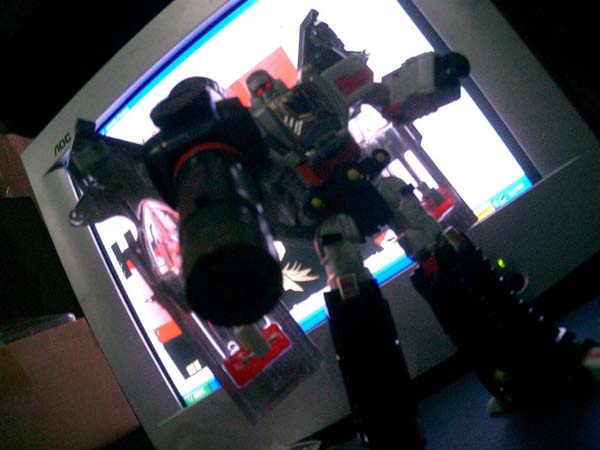