Since Starscream doesn't have the brown-noser bit this time around, I suppose that torch had to be passed to another. Lugnut is the Megatron-worshipper for this line, following his every word and praising his every action. He's also the biggest brute of the faction. This review will give a closer look at the purple powerhouse.

Lugnut has absolute faith in Megatron, and that makes him one of the most dangerous Deceptions. He is fanatic in his support of the Decepticon cause, and unquestioning in following the orders of his commander. His dedication is backed up by incredible strength, and fighting skills that led to him being feared and respected across Cybertron. Each punch from his powerful hands carries the force of a small bomb, so the only way to survive a fight with him is to avoid ever letting him hit you. Unfortunately, he's almost as fast as he is strong./p>


Known as the "Kaon Krusher" on Cybertron.
Mace is powered by a star core.
Learned dirty fighting in the Grand Arena 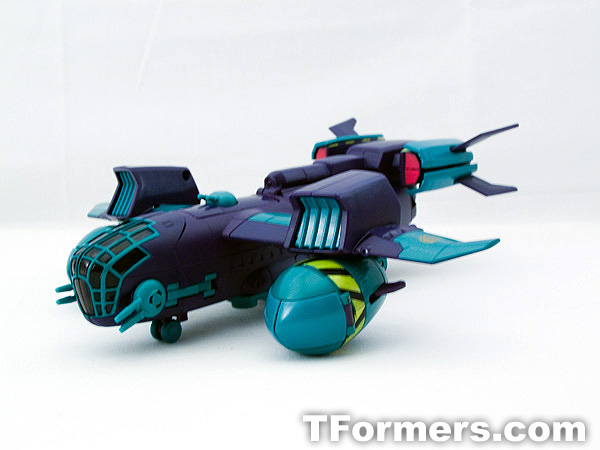 Lugnut takes the alt form of a military bomber plane. He is primarily purple with green accents around the wings, cockpit, guns, tail thrusters and the huge bombs attached to each side of his wings. There is also, interestingly, a yellow and black caution strip on the rear wings and bombs. There are also 3 guns, one on the topside behind the cockpit and one on either side of the cockpit. All three guns can rotate 360 degrees. I would be careful about it, though, as they do like to pop off if provoked. 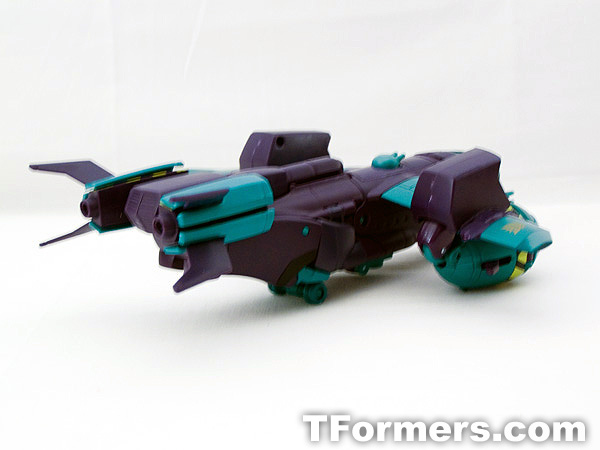 Lugnut features retractable landing gear as well. The 2 rear wheels are molded together, with one front landing wheel. The front wheel can be a bugger to deploy, so having a blunt prying tool might help. This might be a QC problem on mine, but the left side of the cockpit doesn't lock too tight in place. It takes some fidgeting to keep it's place. Finally, pull down on the wings of the bombs to form his hands.

Although the box states that Lugnut has auto-transform abilities, there are a few steps to get there. First, pry the rear wing assembly off the body of the plane. Directly behind the fuselage, you will see a hinged panel on either side. Pull those up to free the legs. Flip the rear sections back 180 degrees to form his legs, then fold down the green part to form his feet. There are also 2 little green strips on the back of the leg to form his haunches.

Spin the waist around 180 degrees. Now, fold the tail down flat. This will automorph his head into position. For the next bit of magic, snap the waist to the belly of the cockpit. The cockpit will automatically split in half and fold back to form his chest! Grab the engines and pull them down to form his shoulders and arms. Don't forget to fold the wing ends up. ! 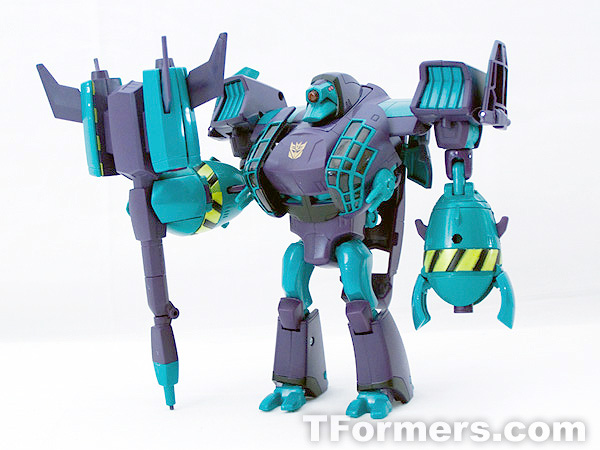 Lugnut is very accurate to his TV counterpart. The purple and teal colors remain as the primary look. The tail section, once the handle is folded out, becomes his hand mace. It attaches via a peg to the inside of either hand. Not sure if you can really call those hands more than you could claws. Unfortunately, he can only hold it like a staff. Would have been nice if they had another peg so he could hold it on the end like a club. That works out OK though, because if you hold the mace in his "grip" and press the bottom of the staff on the ground, the rear wing assembly springs open. Congratulations, you activated his power mace. 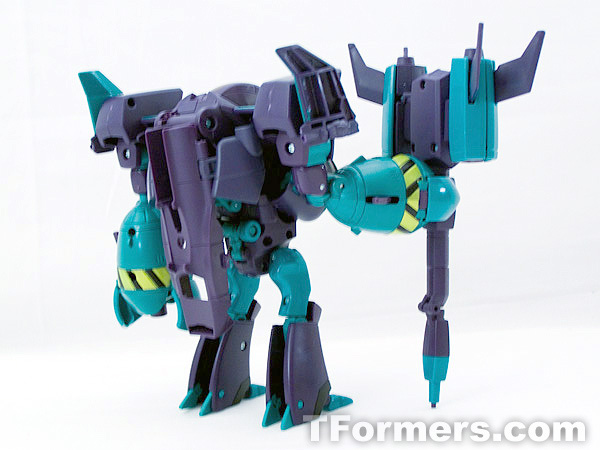 The head is almost spot on. The mono-eye is piped red for your enjoyment. The guns on the side of the cockpit are still very useable in this mode as well. Although a bit smallish compared to some Voyagers (and even deluxes), he is at least on scale with Bulkhead. 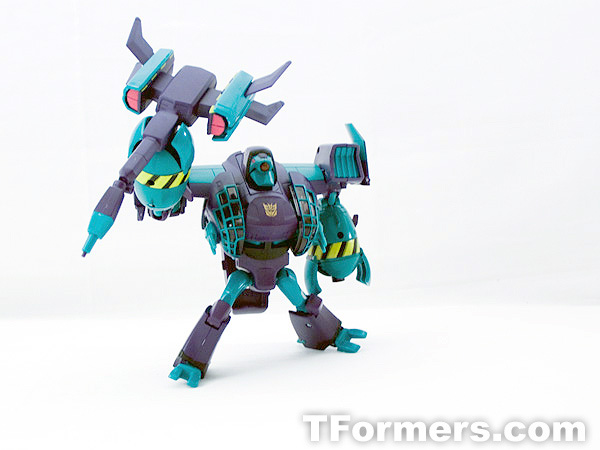 
Although stiff in some spots, he has some decent poseability. The only downfall (besides the stationary head) is that the mace can be cumbersome to keep self-supported as the pin for the upper arm is loose and will not keep hold.

: Great alt mode save for the garish colors
Robot Mode -

: Poseability is a little lacking and a bit small, but otherwise very show accurate Overall -

: Not perfect, but a good sparring partner for Bulkhead. Or, if Bulkhead isn't on your list, get this one anyways. He's worth it.
Size Class: Voyager
MSRP: $20