It finally looks like the movie line is drawing to a close. With the latest Premium offerings, Hasbro is (very) slowly letting go and readying the next series of figures. This review is a parting shot to perhaps the last figure to be released. Starscream gets the Premium treatment as well in a Deep Space edition, which is representing his flight from Earth after Megatron's defeat. 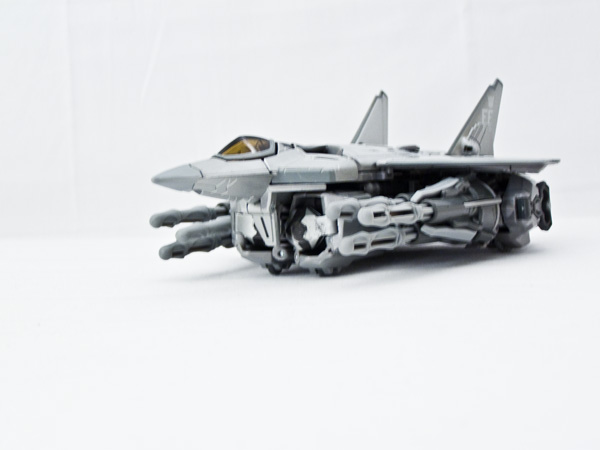 Starscream still holds onto his F22 Raptor alt mode, but it's considerably improved aesthetically. The color scheme is now almost entirely metallic silver, similar to Megatron's premium class paint job. The cockpit glass is in a clear plastic. On either vertical tailwing you can spot FF - 1FW signifying the fighter wing core of the scanned craft he chose. There is also a small Decepticon insignia to spot. 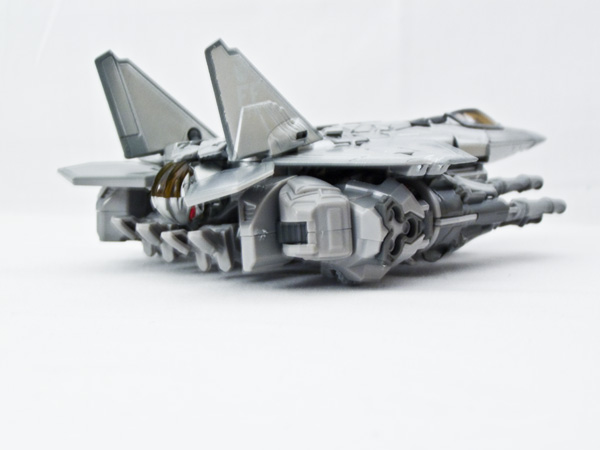 This is a straight repaint. No mold changes were made whatsoever. That being said, the clean lines of the Raptor are complicated by the bulk underneath. It's unfortunately that Hasbro could not make a more realistic looking alt mode, but what can you do. Transformation is also identical to the original coloration. 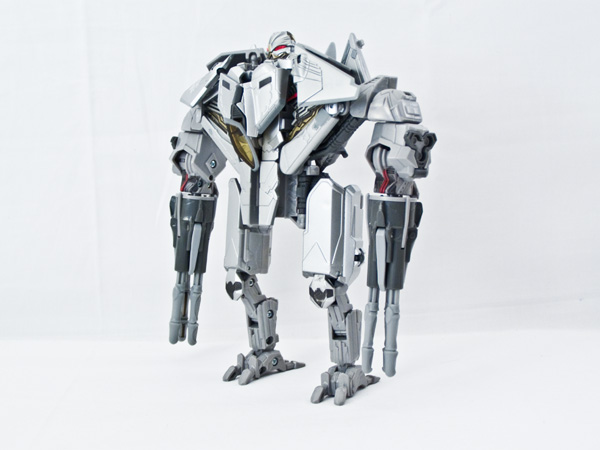 His robot mode enjoys more enhancements. While still retaining the mostly silver motif, some of the molded details have paint apps on them. You can spot bits of gold and red thoughout the figure. The eyes are jeweled in red with clear piping in the back, which gives out a wicked glow in the right light. Quality control continues to be an issue. The left knee cap was smeared and even had fingerprints on it from the ran-over paint. 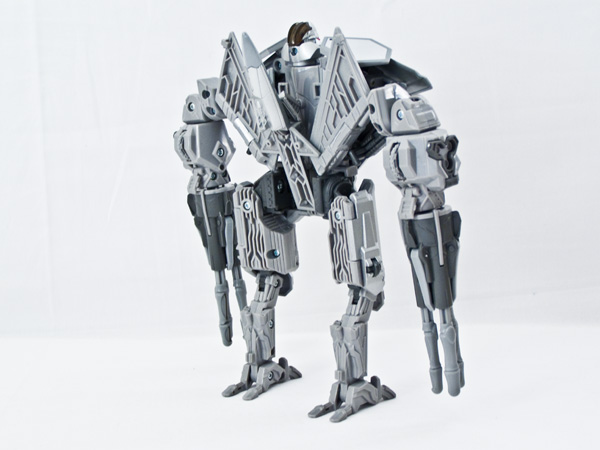 What seems to be less of an issue is his missile launchers. With the first release, they have a very fine hair trigger and, at times, you couldn't even load the missiles. With this release, most of that has been fixed. The missiles still can do a rotated launch, but they're not as sensitive to the touch. Poseability is also the same. That is, good once you get the chicken legs placed right. 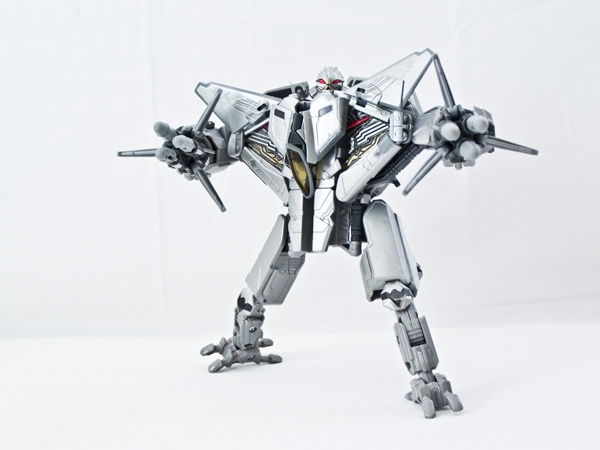 While still not perfect, the color alone is an improvement over the original release. Target is your only source for this 'limited edition' Starscream. It can be found in the same type of hexagonal packaging as the Robo-Vision Prime was found. For $20, he's worth the snag. Maybe the first Starscream can be better used as fodder.