Jazz has always been one of two things. One, he's always been at a higher chain of command for the Autobots. Two, he's always been the 'hippest', or most in touch with earthen customs. This tradition continues with his appearance on Animated. This review will cover his figure.

"Cybertron is cool, but Earth rules."

Autobot Jazz has studied Earth culture since he first became aware of it. He loves everything about it - the music, the movies, the vehicles and - of course - the style. He's usually a pretty chill guy, being a cyber-ninja and all, but he can barely contain his excitement at finally getting to check out Earth and give his new vehicle mode a spin. His excitement won't make him forget his duty, however. He is a master of hand to hand combat, with the fastest fists on Cybertron. 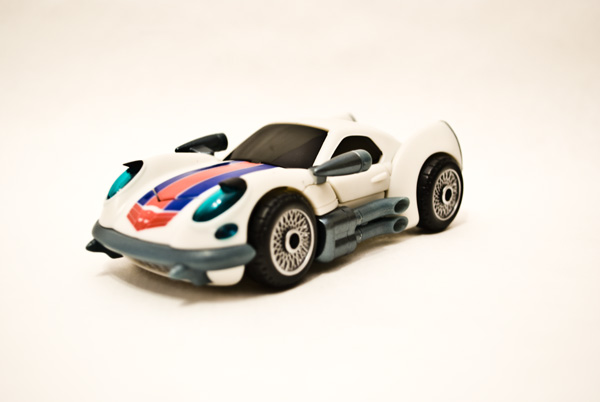 When his bio says he likes style, they weren't kidding. For Earth, Jazz is dressed up as a sports car. His color scheme is reminiscent of his G1 style, white with blue and red comp stripes on the hood. He wears the Elite Guard Autobot insignia on his bonnet. The vehicle incorporates several styling trends throughout the history of teh car, including tailfins, wire wheels, sidepipe exhausts and "cool blue" headlights. 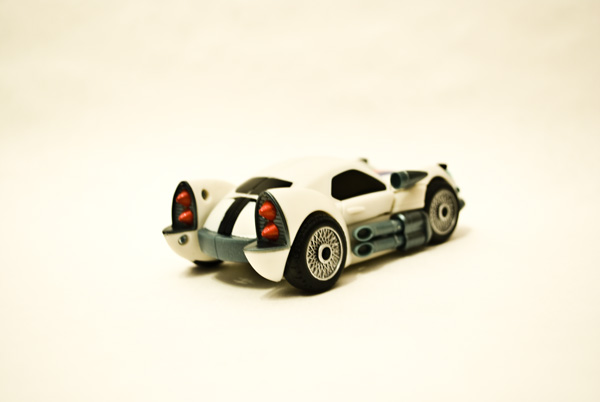 With all these styling cues on a sports car, most people might call out Gaudy. However, it has a weird way of coming together for Jazz. The only eyesore for me are the oversized side view mirrors. They serve no other purpose than to look ridiculously large. Also, be careful if you roll your figures around as he has a low ride height.

This is one of the easiest in the line to transform, if not THE easiest. Pull the roof back and flip it 180 degress for his legs. The rear bumpers will fold out simultaneously. Use the ridges on his feet to flip them out. Grab the door panels and pull them out 45 degrees. Flip out his forearms 180 degrees. Fold out the hands. The forearms have a 2 process transform. First, spin the door panels 180 degrees so the exhaust faces down. Then flip out the pipes 180 degrees so they rest alongside his upper arms. Pull down the hood, realign his arms and you're finished. 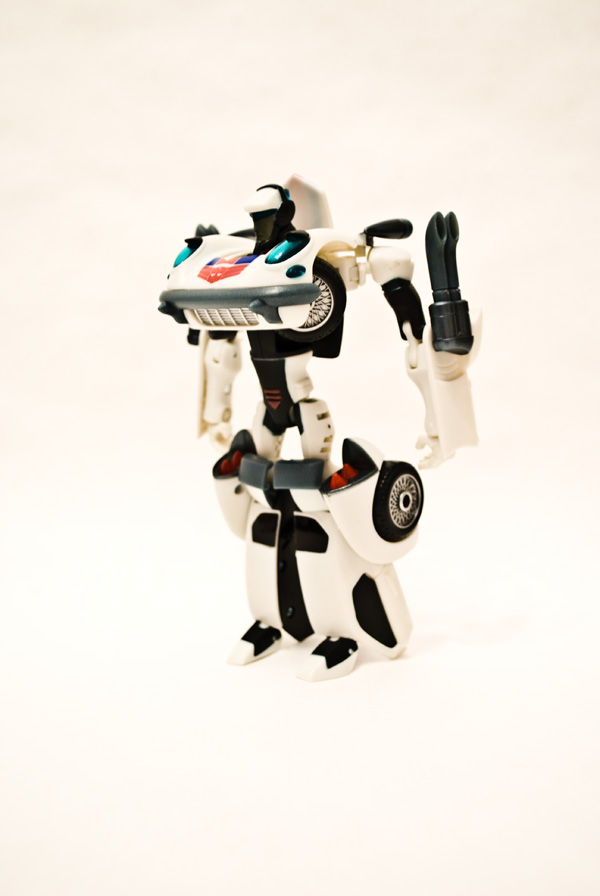 The robot mode is virtually true to form from his anime counterpart. Black now plays a part in his color scheme, showing up on the abdomen and upper arms. His head sculpt is also virtually dead on. The visor is piped in blue. 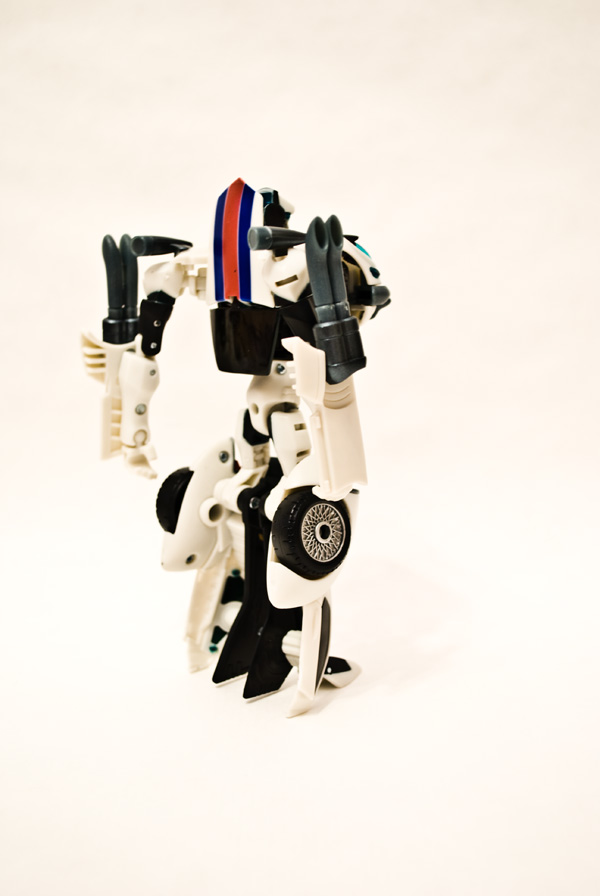 One small gripe is that the chest doesn't lock in place. While moving the arms, you also inadvertently move the chest/front end. The pipes also look a little goofy haning from his arms. However, you can leave them folded against the forearms with no penalty. Speaking of the pipes, you can remove them and pull them apart to form his energy chucks. The chucks fit into either hand, or you can hang the rope from them.. 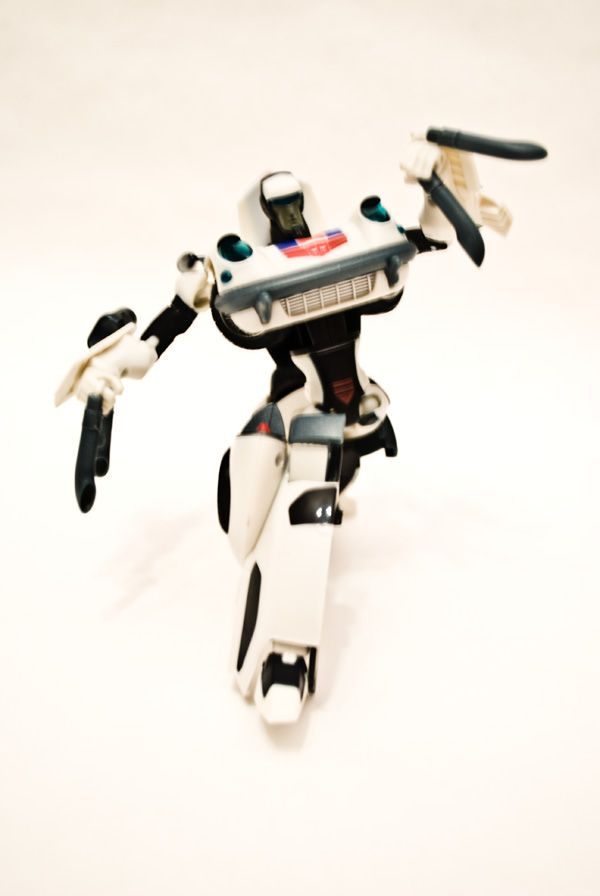 
OK, ok, before the hate replies start, let me express why I list the feet as stationary. It is true that they are set up as pin hinges for some bend, but due to the way his lower leg plants to the ground (for balance), posing the feet will do nothing for articulation. We can agree to disagree. Besides that, posing is great.

:The styling cues might be different, but surprisingly it goes together well here.
Robot Mode -

: It might take you a bit to get over the alt mode, but Jazz is a hip add to the collection.
Size Class: Deluxe
MSRP: $10